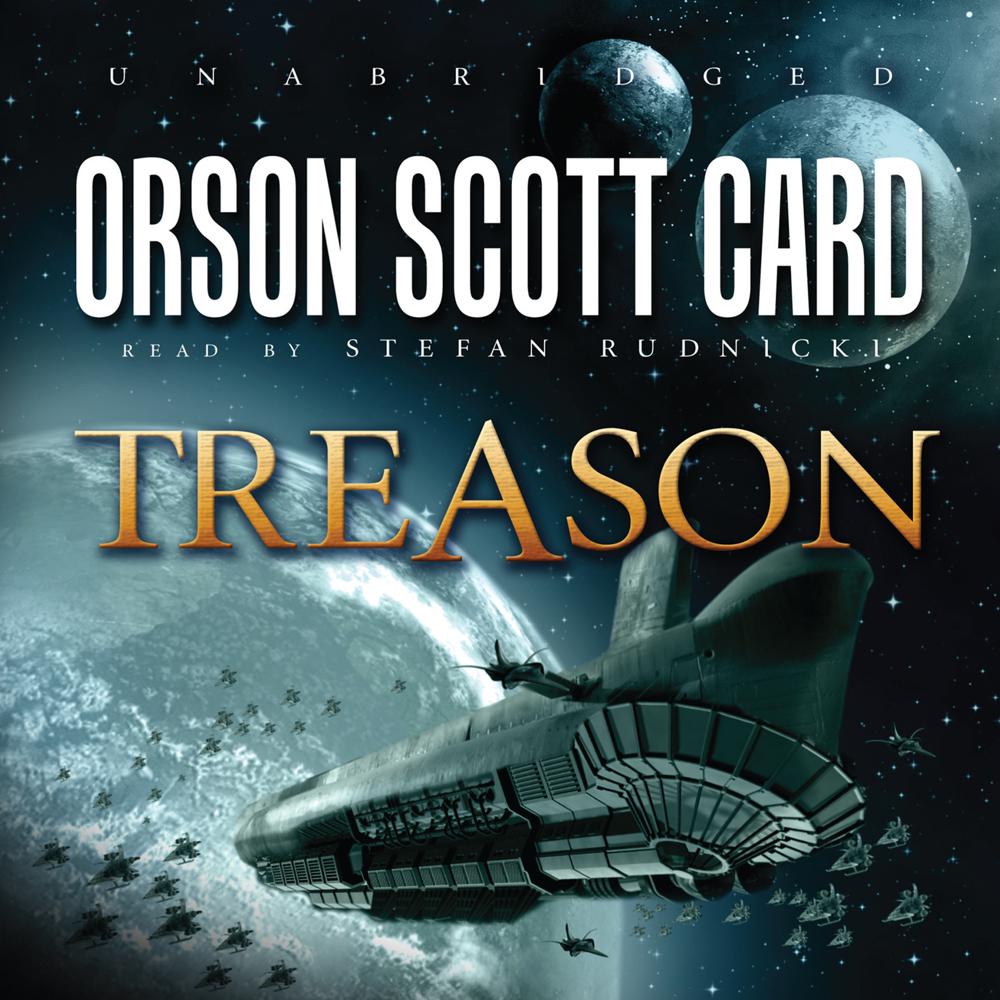 Lanik Mueller's birthright as heir to planet Treason's most powerful rulership will never be realized. He is a "rad"—radical regenerative—a freak who can regenerate injured flesh and trade extra body parts to the Offworld oppressors for iron. On a planet without hard metals, or the means of escape, iron offers the promise of freedom through the chance to build a spacecraft. But it is a promise that may never be fulfilled, as Lanik uncovers a treacherous conspiracy beyond his imagination. Now charged with a mission of conquest—and exile—Lanik devises a bold and dangerous plan to break the vicious chain of rivalry and bloodshed that enslaves the people of Treason as the Offworld never could.

This compelling, suspenseful work of science fiction is set in a fantastical world that could only come from the brilliant imagination of Orson Scott Card.

“Card provides a colorful dramatization of ethical issues and questions of identity against a backdrop of bizarrely fascinating races.”

“Remains one of his most memorable and moving works…It’s a godsend. Failing to read this…masterpiece would be, well, treasonous.”