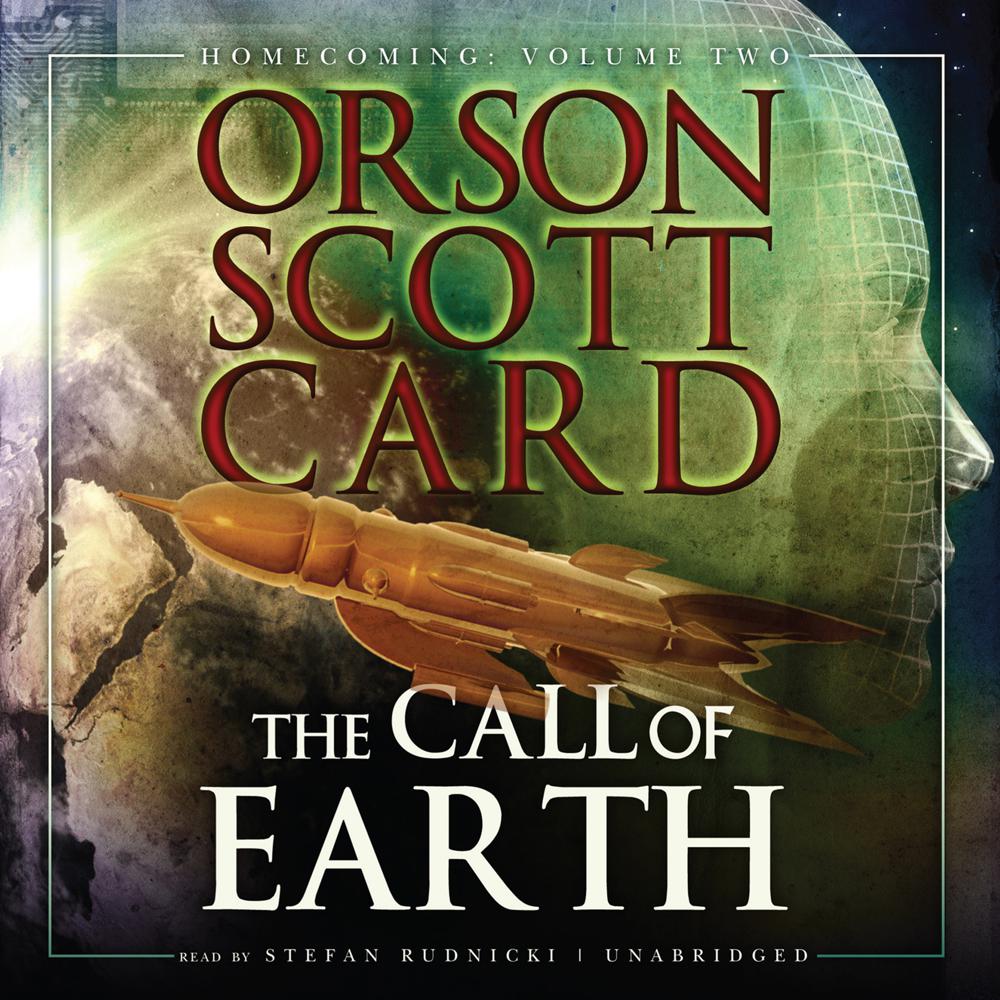 For millennia, the planet Harmony has been protected by the Oversoul, an artificial intelligence programmed to prevent thoughts of war and conquest from threatening the fragile remnant of Earth’s peoples. But as the Oversoul’s systems have begun to fail, a great warrior has arisen to challenge its bans. Using forbidden technology, the ambitious and ruthless General Moozh has won control of an army and is aiming it at the city of Basilica.

Basilica remains in turmoil. Wetchik and his sons are not strong enough to stop an army. As Lady Rasa, through whom the Oversoul speaks, attempts to defeat Moozh through intrigue, Naifeh and his family prepare to voyage to the stars in search of the planet called Earth.

“There seems little doubt that the whole series will prove as readable—and as morally committed—as we’ve come to expect from Card.”

“Turning Orson Scott Card’s The Call of Earth into an audiobook presents a challenge to the director and the reader since Card saddled his main characters with names like General Vozmuzhalnoy Vozmozhno, Rashgallivak, and Gaballufix. But narrator Stefan Rudnicki makes it sound easy. These names just roll off his tongue. He has similar success with all the tongue-twisting names of people in this faraway world of Harmony. Rudnicki is a master of scene setting, his calm, paternal voice laying the groundwork for a story of intense passion and intrigue.”

“With characteristic insights into the moral nature of the individual, Card explores the ramifications that face those persons chosen to answer a ‘higher call.’ This second volume of the Homecoming [series] will appeal to the author’s many fans.”

“The balance of action, characterization, and world building is as accomplished as we have come to expect from Card.”