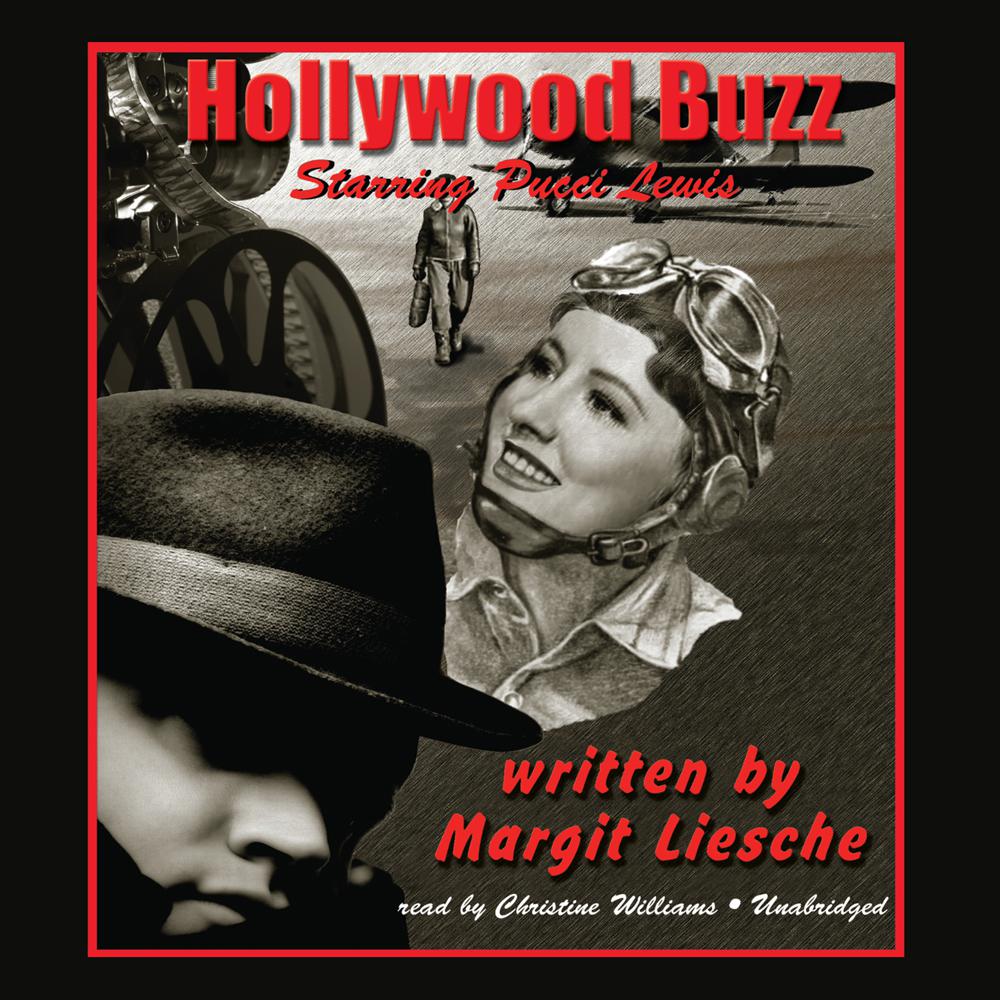 Pucci Lewis was used to ferrying fighter planes and to undercover work. But in the dark hours of World War II, she is dispatched to Hollywood, where big stars and studio moguls are working with Washington to merge entertainment and propaganda.

A documentary on the Women Air Force Service Pilots (WASPs) is underway, and Pucci is stepping in for a sister WASP who has been hospitalized after her plane was sabotaged. When a big-name director dies, possibly murdered by Nazi operatives, military intelligence asks Pucci to learn what she can from the inside. She has her suspicions about the so-called housekeeper of Bela Lugosi, a rising starlet with a history with the Hungarian resistance, but Pucci doesn’t trust the girl. Pucci will have to maneuver through movieland and its narcissistic denizens to find the truth.

“[An] engaging series…Narrator Christine Williams portrays Lewis’ direct, personable manner with Rosie-the-Riveter resolve and capability…the narration is an enjoyable frolic in a time and place sparkling with glamour and intrigue. The story is peppered with details about the patriotic contributions of American women and the film industry in the 1940s.”

“Details of the WASP program and Hollywood’s contributions to the war effort add to the story of a patriotic young woman in an unconventional job.”

“Liesche packs her wide-eyed adventure with tidbits about aeronautics, vintage Hollywood and the war, honoring the underappreciated women who made such a difference.”