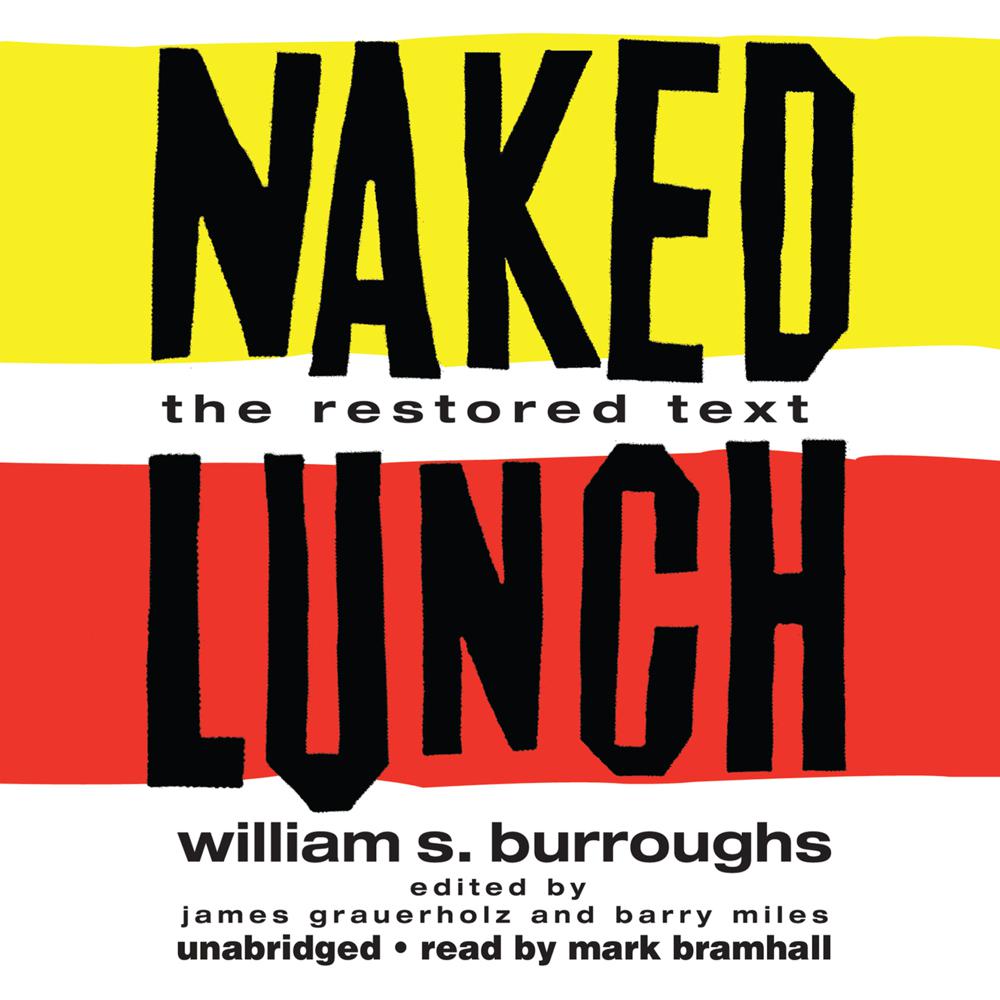 Naked Lunch is one of the most important novels of the twentieth century. Exerting its influence on authors like Thomas Pynchon, J. G. Ballard, and William Gibson; on the relationship between art and obscenity; and on the shape of music, film, and media generally, it is one of the books that redefined not just literature but American culture.

Naked Lunch is the unnerving tale of Bill Lee, addicted to hustlers and narcotics, and his monumental descent into Hell. His journey takes him from New York to Tangiers, as he runs from the police and searches for a place to buy and take drugs. Ultimately, he enters the hallucinatory fantasy world of the “Interzone,” a nightmarish urban wasteland where individual freedom confronts the forces of totalitarianism.

Reedited by Burroughs scholar Barry Miles and Burroughs’ longtime editor James Grauerholz, Naked Lunch: The Restored Text corrects errors present in previous editions and incorporates Burroughs’ notes on the text, several essays he wrote about the book, an appendix of new material, and alternate drafts from the original manuscript. For the Burroughs enthusiast and the neophyte, this volume is a valuable and fresh experience of this classic of our culture.

“Burroughs possesses a special literary gift…[Naked Lunch] takes a coldly implacable look at the dark side of our nature.”

“Ever since Naked Lunch…Williams S. Burroughs has been ordained as America’s most incendiary artist.”

“William S. Burroughs’ classic tale…is invigorated by this enthusiastic reading. Mark Bramhall offers a professional performance peppered with every trick of the actor’s trade to make it a resonating effort. He approaches the work with such energy that the story seems like a new entity, freshly relevant and timely. Listeners will lose themselves in the journey of junkie William Lee as he makes his way from bizarre destination to even more bizarre destination in this unforgettable novel.”

“If Naked Lunch is one of your favorites from the Beat Generation, you MUST, MUST listen to this audio performance! Hallucinatory visions will fill listeners’ minds as narrator Mark Bramhall tells the maddeningly fragmented story of drug addict William Lee, who moves in and out of various states of consciousness as he flees the police, taking to the road and eventually landing in Mexico. Bramhall deftly delivers the nonlinear vignettes that comprise this basically plotless novel, creating a narrative drive that will keep listeners tuned in…The only one who might have done a better job of narrating is Burroughs himself.”

“A great, an essential novel…[It] prefigures much that has occurred in history, the popular media, and high and low culture in the last four decades.”

“He was 20th-century drug culture’s Poe, its Artaud, its Baudelaire. He was the prophet of the literature of pure experience, a phenomenologist of dread…Burroughs had the scary genius to turn the junk wasteland into a parallel universe, one as thoroughly and obsessively rendered as Blake’s.”

“Mark Bramhall’s powerful, fully vocalized performance is searing. The characters, with a multitude of accents and a variety of disorders, are individualized memorably and in keeping with the intent of the text. The novel, turns the profane into art. The reading turns the squalid into richness of subject matter. Not for everybody, but an important classic, nevertheless, and a superb narration.”

“William was a shootist. He shot like he wrote—with extreme precision and no fear.”

“A masterpiece. A cry from hell, a brutal, terrifying, and savagely funny book that swings between uncontrolled hallucination and fierce, exact satire.”