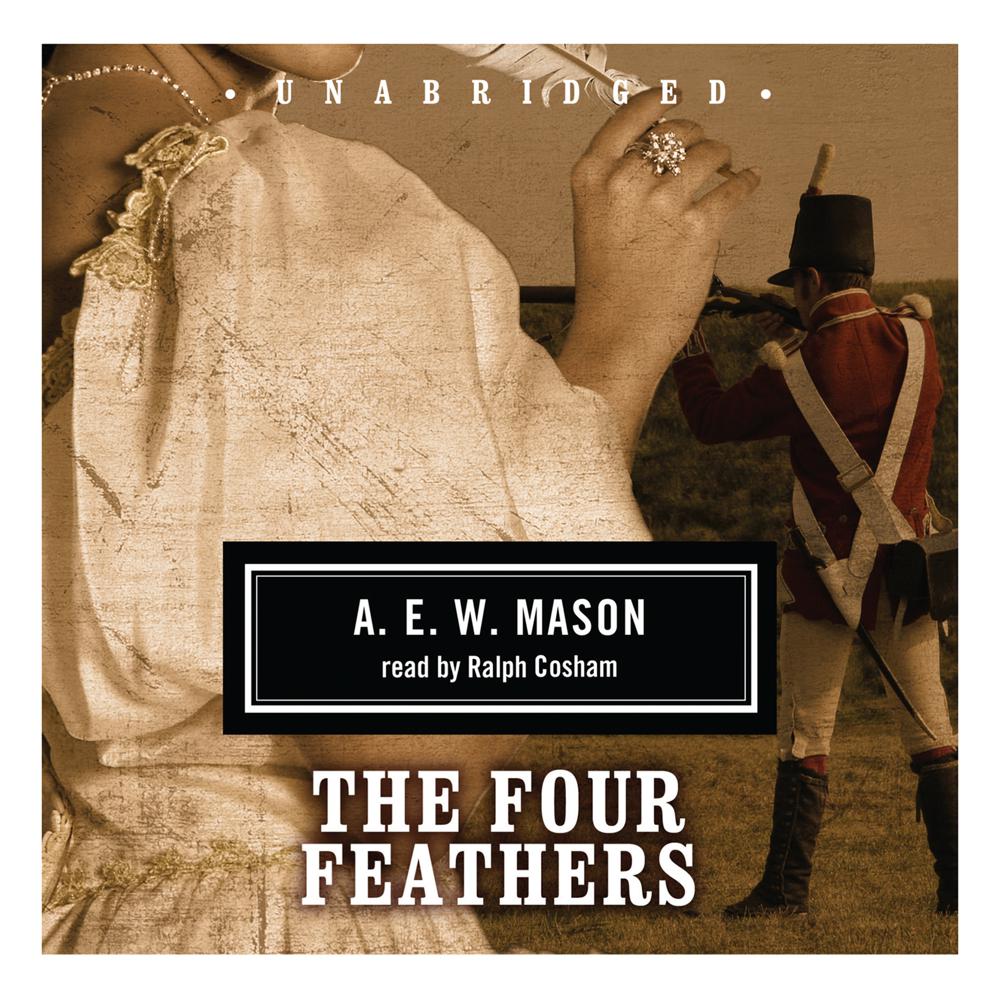 Just before his regiment sails off to war in the Sudan, British officer Harry Feversham resigns his commission, wanting desperately to be free of his family’s proud military heritage and terrified of risking his life. He is immediately given four white feathers as symbols of cowardice, one by each of his three best friends and one by his fiancée. To disprove this grave dishonor, Harry dons an Arabian disguise and leaves for the Sudan, where he anonymously comes to the aid of his three friends, saving each of their lives. Having proven his bravery, Harry returns to England, hoping to regain the love and respect of his fiancée. This suspenseful tale movingly depicts a distinctive code of honor that was deeply valued and strongly promoted by the British during the height of their imperial power. Harry’s heroic attempts at redemption offer listeners a glimpse into a vivid array of human emotions.

“[A] rousing novel of redemption set during the height of British Imperialism.”

“Action and introspection complement each other in The Four Feathers...Mason’s achievement in this novel is significant in that it not only offers a thrilling and entertaining romance of adventure that has withstood the test of time, but that it also provides us with a revealing portrait of the mind-set of a people and a time and a place that has otherwise drifted into the dusty pages of a history textbook.”