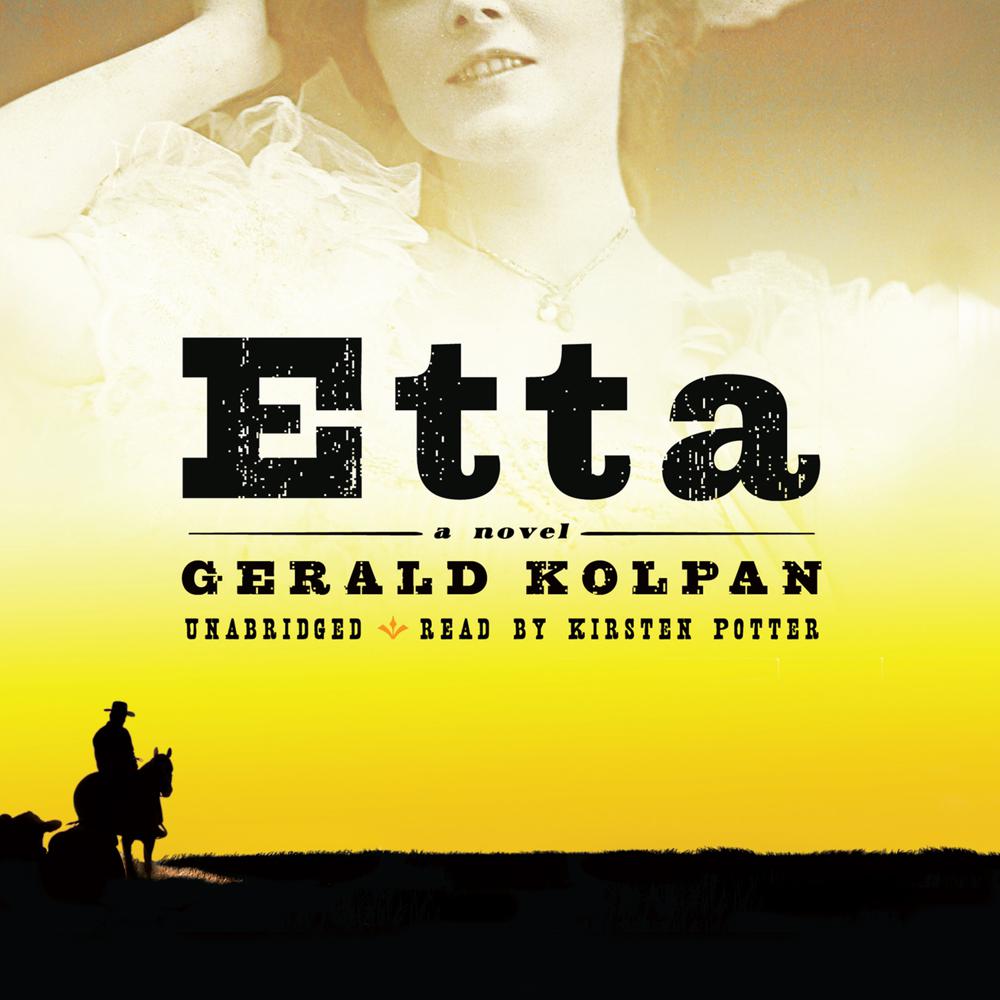 When Philadelphia debutante Lorinda Jameson’s bankrupt father commits suicide, the infamous Black Hand mafia is dispatched to collect his debts—or her head. The young orphan rechristens herself “Etta Place” and goes west to earn her keep as a waitress in a remote railroad outpost. But fate and murder soon intervene, and Etta joins forces with Butch Cassidy’s notorious gang, The Wild Bunch. In their hide-out at Hole-in-the-Wall, Wyoming, Etta meets Harry Longbaugh, a.k.a. the Sundance Kid, and begins the passionate and tragic romance that will be the great love of her life. Every step of the way, Etta’s life on the lam is fraught with danger and excitement.

“An expansive saga that spans the 1890s to the 1930s, moves between the dusty trails of Colorado and Wyoming to the genteel salons of New York City…Actress and narrator, Kirsten Potter, adds…value with a clear voice that glides seamlessly between Etta’s different personas, Eleanor Roosevelt’s romantic sensitivity, and Kid Currie’s crassness, plus she delivers authenticity to the various mixed-media voices.”

“The sketchy details of the life of Etta Place, outlaw and paramour of Harry ‘Sundance Kid’ Longbaugh, are imaginatively filled in by first-time novelist Kolpan in this winning tale of the Wild West…Kolpan’s snappy storytelling makes it impossible not to want to ride along as the characters careen toward their tragic ends.”

“Hold onto your hats…The listener will smile when Potter tells of how Etta crosses paths with Teddy Roosevelt, Wild Bill Hickok, Pinkerton agents, and even Eleanor Roosevelt. This charming novel crisscrosses North and South America at the end of an era.”

“Incorporating Etta’s diary entries, telegraph messages, and news clippings into the narrative, Kolpan vividly tells a tale that is both outrageous and entertaining, sure to be compared favorably with Larry McMurtry’s novels of the Wild West.”

“In this rollicking debut novel, Gerald Koplan imagines the life of this mystery woman, placing her in a time and place filled with colorful characters…Koplan clearly loves his wayward heroine, who’s incredibly beautiful, tall, smart, and cultured…Koplan is also good at taking the reader back to the sights, sounds and smells of the early 20th century…Etta is indeed a bully adventure!”

“[A] winner…The life Kolpan creates for Etta is perfect—adventurous and complex with a great sprinkling of real historical figures. It’s not the truth, but it’s better than. It’s life at its storytelling best.”

“Emmy Award–winning TV journalist Kolpan extends his resume impressively with this picaresque debut novel, focused on ‘the woman’ who knew Butch Cassidy and the Sundance Kid…Few will have any more success resisting Etta than do the many men, women and other critters encountered during her memorable adventures. Great fun and—beneath the hijinks—a surprisingly substantial novel.”

“Mr. Kolpan fashions a thoroughly entertaining tale [through] vivid imagination and gifted storytelling…This book is jam packed with historical detail and characters. I found Mr. Kolpan’s depiction of Etta’s life both mesmerizing and intriguing…I recommend this book for any reader, not just those who love historical fiction. Men and women alike will be attracted to this story.”