No One You Know
Michelle Richmond 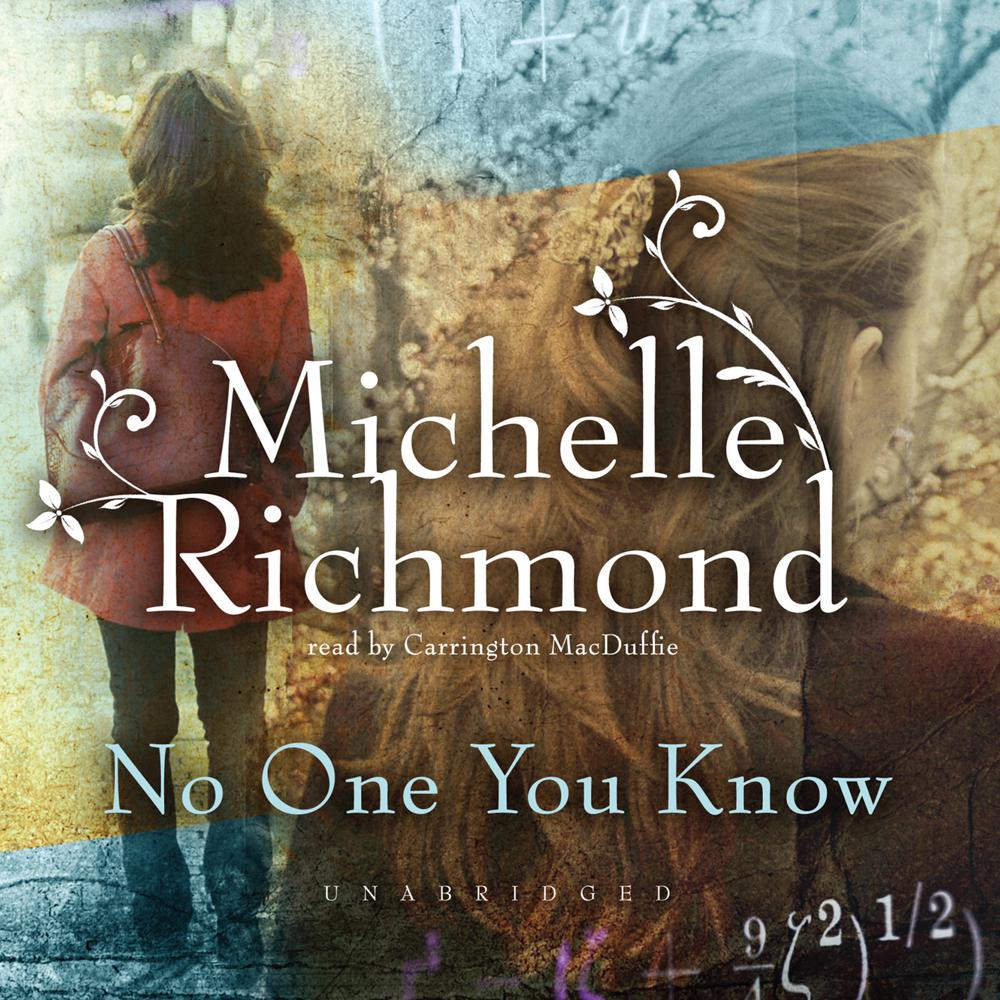 All her life Ellie Enderlin had been known as Lila's sister. Then one day, without warning, the shape of their family changed forever. Twenty years ago, Lila, a top math student at Stanford, was murdered in a crime that was never solved. In the aftermath of her sister's death, Ellie entrusted her most intimate feelings to a man who turned the story into a bestselling true crime book—a book that both devastated her family and identified one of Lila's professors as the killer.

Decades later, two Americans meet in a remote village in Nicaragua. Ellie is now a professional coffee buyer, an inveterate traveler incapable of trust. Peter is a ruined academic. Their meeting is not by chance. As rain beats down on the steaming rooftops of the village, Peter leaves Ellie with a gift—the notebook that Lila carried everywhere, a piece of evidence not found with her body. Stunned, Ellie returns home to San Francisco to explore the mysteries of Lila's notebook, filled with mathematical equations, and begin a search that has been waiting for her for two decades. It will lead her to a hundred-year-old mathematical puzzle, to a lover no one knew Lila had, to the motives and fate of the man who profited from their family's anguish—and to the deepest secrets even sisters keep from each other. As she connects with people whose lives unknowingly swirled around her own, Ellie will confront a series of startling revelations—from the eloquent truths of numbers to confessions of love, pain, and loss.

A novel about the stories and lies that strangers, lovers, and families tell—and the secrets we keep even from ourselves—Michelle Richmond's novel is a work of astonishing depth and beauty, at once heartbreaking, provocative, and impossible to put down.

“Michelle Richmond never strikes a false note in No One You Know…It’s an intelligent, emotionally convincing tale about a family tragedy and the process of storytelling.”

“Richmond sets out to create not a straight-up thriller, but a novel that explores love, family, work, guilt, and the responsibility of the writer to his or her subject, all within the framework of a murder mystery.”

“As complex and beautiful as a mathematical proof, this gripping, thought-provoking novel will keep you thinking long after the last page has been turned.”

“Carrington MacDuffie reflects the character of Ellie as she ages and matures…In her characterizations MacDuffie contrasts Ellie’s steady energy with the self-absorbed arrogance of Thorpe. Without overplaying the story’s strong emotions or sad events MacDuffie gives depth to Ellie’s narrative voice.”