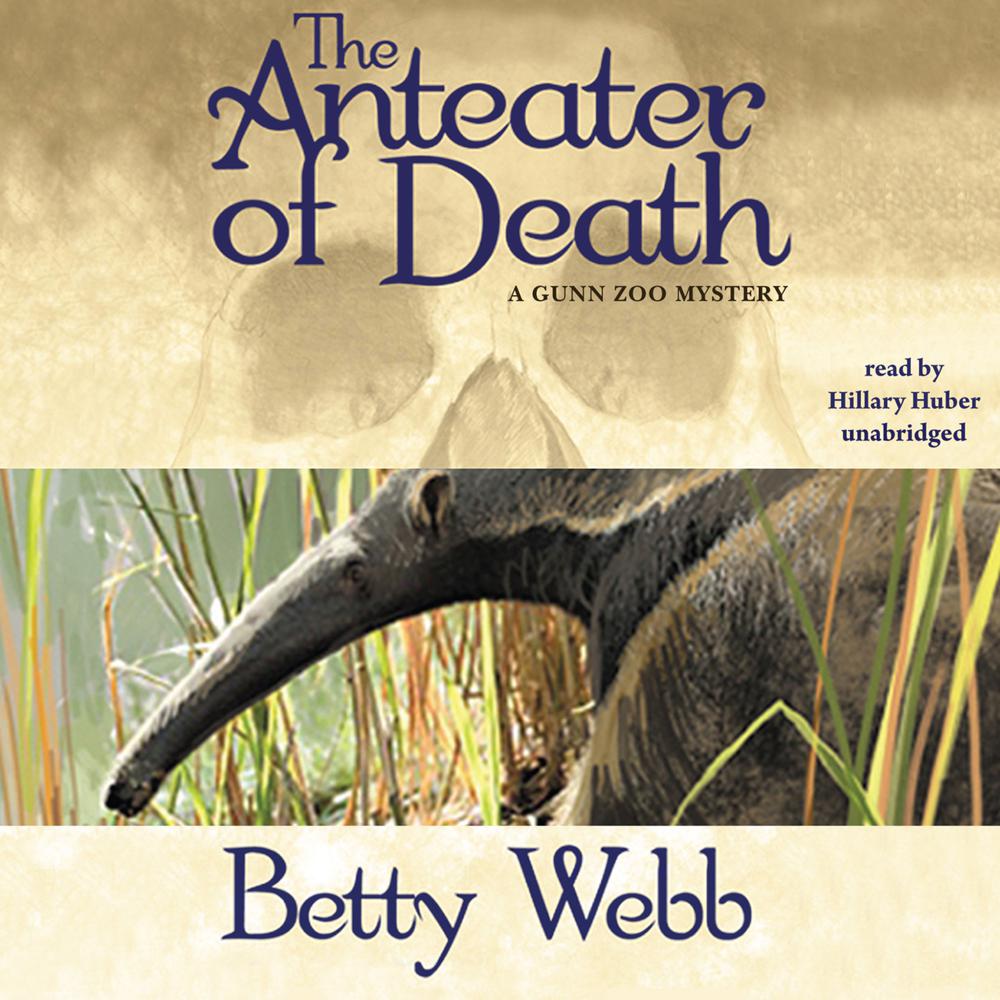 If Lucy, the pregnant giant anteater from Belize, didn't kill the man found dead in her enclosure, who did? California zookeeper Teddy Bentley must find the real murderer before her furry friend is shipped off to another zoo in disgrace. Then another human bites the dust, the monkeys riot, and the wolves go nuts. Things get worse when the snooty folks at Gunn Landing Harbor attempt to evict Teddy from the Merilee, her beloved houseboat.And that's just the beginning.

Teddy's father, on the lam from the feds for embezzling millions, gets targeted by a local gangster. Her socialite mother, Caro, a former beauty queen who loathes Teddy's dangerous job, starts introducing her to "eligible bachelors." But Teddy has already given her heart to Sheriff Joe Rejas, a migrant worker's son. Caro is not pleased.

“Teddy is instantly likable, in part due to Hillary Huber’s sardonic, scratchy voice, which complements this unconventional heroine. Huber excels when voicing Lucy’s thoughts, and she makes all the animal characters sound believable, yet not human. Huber’s quirky voice adds a heavy dose of sarcasm to Webb’s snappy dialogue.”

“Audie Award nominee Hillary Huber...endows Teddy with the unpretentious, wisecracking spark of an independent woman. Webb, who has zoo experience, adds authenticity with zoo lingo and animal facts. For fans of easygoing mysteries.”

“Webb’s new series combines a good puzzle with animal lore, a behind-the-scenes look at zoo operations, and plenty of humor.”

“Could the anteater really have killed the California real estate developer?…Webb kicks off her new series with a bright heroine and an appealingly offbeat setting.”