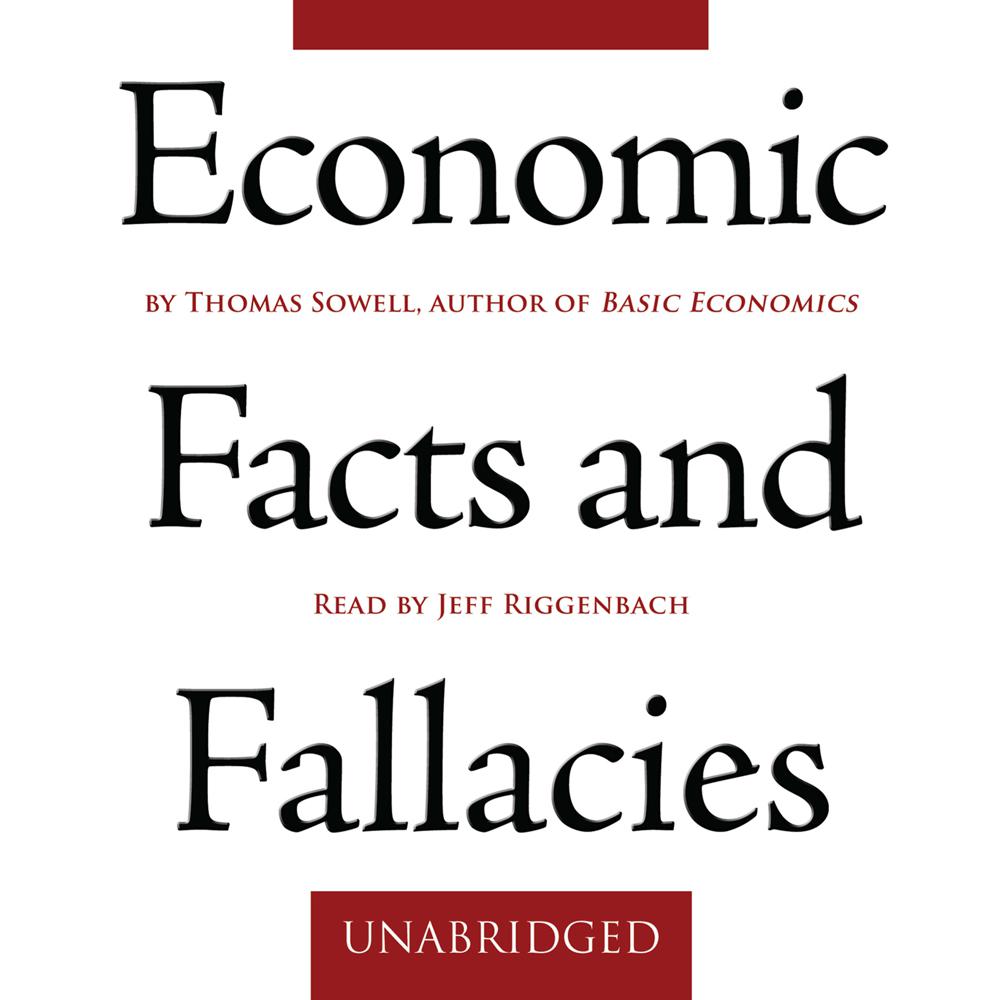 Economic Facts and Fallacies is designed for people who want to understand economic issues without getting bogged down in economic jargon, graphs, or political rhetoric. Writing in a lively manner that does not require any prior knowledge of economics, Thomas Sowell exposes some of the most popular fallacies about economic issues, including many that are widely disseminated in the media and by politicians: fallacies about urban problems, income differences, male-female economic differences, academia, race, and Third World countries. Many of these fallacies are not simply crazy ideas. They have a certain plausibility that gives them their staying power, making it necessary—and sometimes humorous—to carefully examine their flaws. Sowell holds these beliefs under the microscope and draws conclusions that are sure to inspire rigorous debate.

“Sowell marshals his arguments with admirable clarity and authority. There is not a chapter in which he does not produce a statistic that both surprises and overturns received wisdom.”

“From one of America’s most noted conservative economists, a short, original book that offers some unconventional ideas about how to think about common economic topics.”

“This readable volume is a useful primer exposing how economics relates to the social issues that affect our country.”

“Sowell’s book dismantles many of the pervasive fallacies running rampant in politics today, broken into categories of urban life, academia, income, race, and the problems of the third world…as in his other work, Sowell makes a persuasive and powerful case, armed with a solid arsenal of statistics, numbers, and historical facts.”