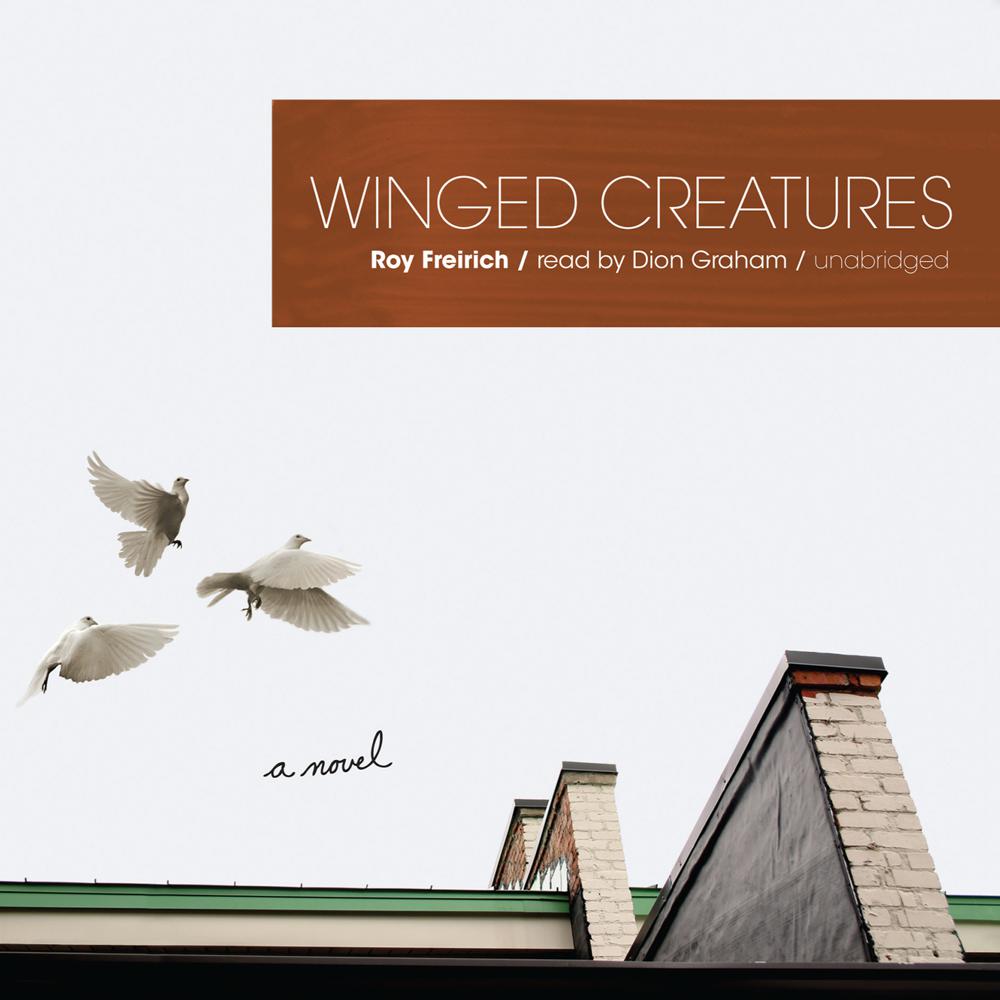 Winged Creatures is the startling story of six survivors of a gun massacre at a fast-food restaurant along a Michigan highway.

Teenagers Anne and Jimmy watch the gunman indiscriminately murder Anne’s father and others, then himself. Struggling to understand her father’s death, Anne experiences a virulent religious conversion, while Jimmy becomes mute, not speaking at all. Charlie, a barely-wounded teacher, attempts to make his luck work for him at the casino. Carla, the restaurant cashier, loses her ability to take care of herself and her infant son. Ron Abler, a psychologist, tries to help the survivors but gets little response. Dr. Laraby, an ER physician who failed to save two of the victims, turns to his wife as someone to “save.” Driven by secret torments, each struggles to regain trust in the ordinary world.

“A riveting debut novel about the aftermath of a mass shooting in a fast food restaurant.  The author achieves the amazing feat of following an utterly disparate cast of dramatis personae through the vicissitudes of their lives as they are irrevocably scarred and changed forever. A sure-fire page-turner.”

“A stark, impressive debut…While emotionally charged, the narrative isn’t weighed down with sentiment as the characters search for, but don’t necessarily find, closure.”

“This well-crafted debut packs a wallop.”

“[A]n intriguing look at unique yet interrelated patterns of trauma and recovery.”

“Graham’s voice is rich, smooth, and full, and his narration ably captures the range of personalities in the story. He easily switches emotional tone to fit the perspective of each character…Graham gives continuity to the emotional essence while individualizing the stories. His narration is arresting, as unsentimental and insightful as the author’s prose.”