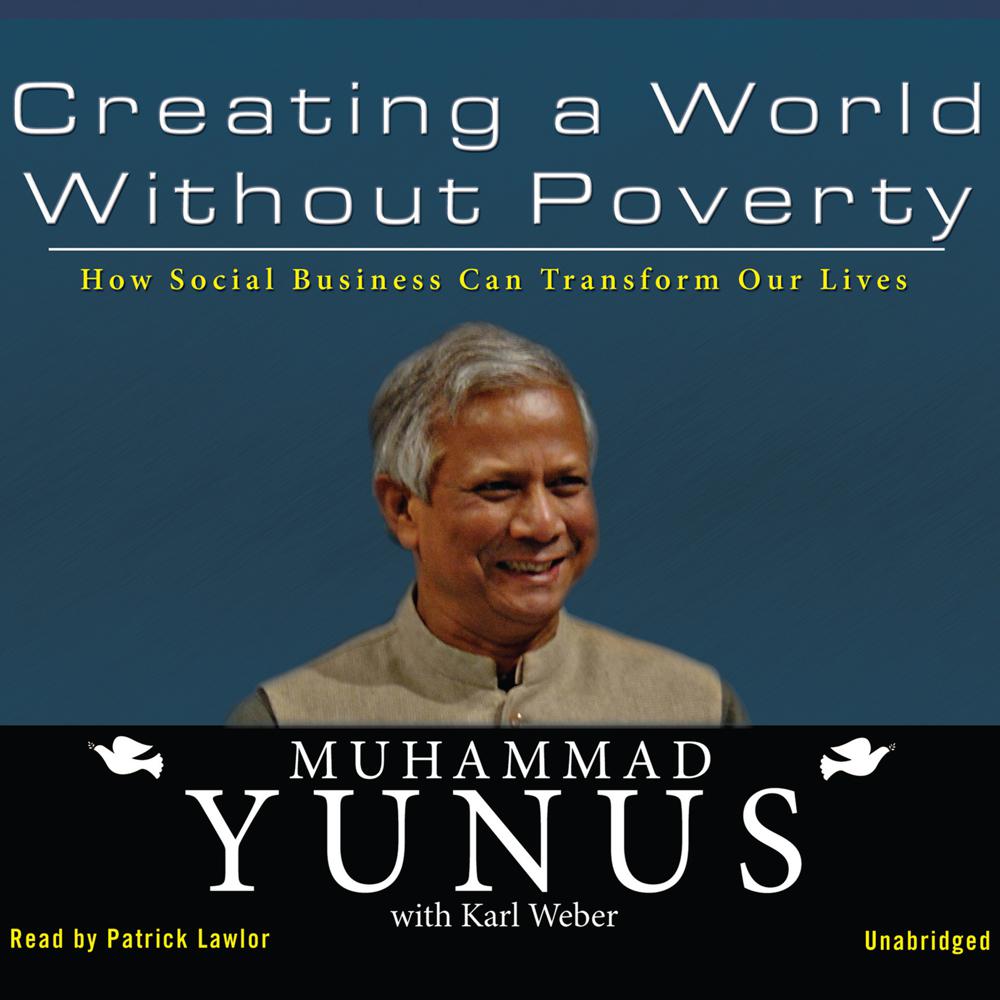 Over the last few decades, free markets have swept the globe and brought positive change. Nevertheless, traditional capitalism cannot solve problems of inequality and poverty because of its view of people as one-dimensional beings concerned only with profit. In fact, human beings have many other drives and passions, including spiritual, social, and altruistic.

Welcome to the world of social business, where the creative vision of the entrepreneur is applied to today's most serious problems: feeding the poor, housing the homeless, healing the sick, and protecting the planet. Creating a World without Poverty tells the stories of some of the earliest examples of social businesses, including Yunus' own Grameen Bank. It reveals the next phase in an economic and social revolution that is already underway and in the worldwide effort to eliminate poverty by unleashing the productive energy of every human being.

“The influential economist and winner of the 2006 Nobel Peace Prize outlines his vision for a new business model that combines the power of free markets with the quest for a more humane world.”

“Muhammad Yunus argues convincingly that social business is an achievable way of exploiting capitalism to help the poor. Yunus moves the debate beyond the tired argument that the rich should simply donate to those less privileged, and demonstrates that the free market can in fact be used to the advantage of the less well off...This book is a must-read for policymakers or philanthropists, and its conversational style and straightforward logic also make it appealing to the layperson.”

“In this excellent work of popular economics, he tells the story of how he came to the idea and the impressive results it has generated.”

“Infused with entrepreneurial spirit and the excitement of a worthy challenge, this book is the opposite of pessimistic recitals of intractable poverty's horrors.”