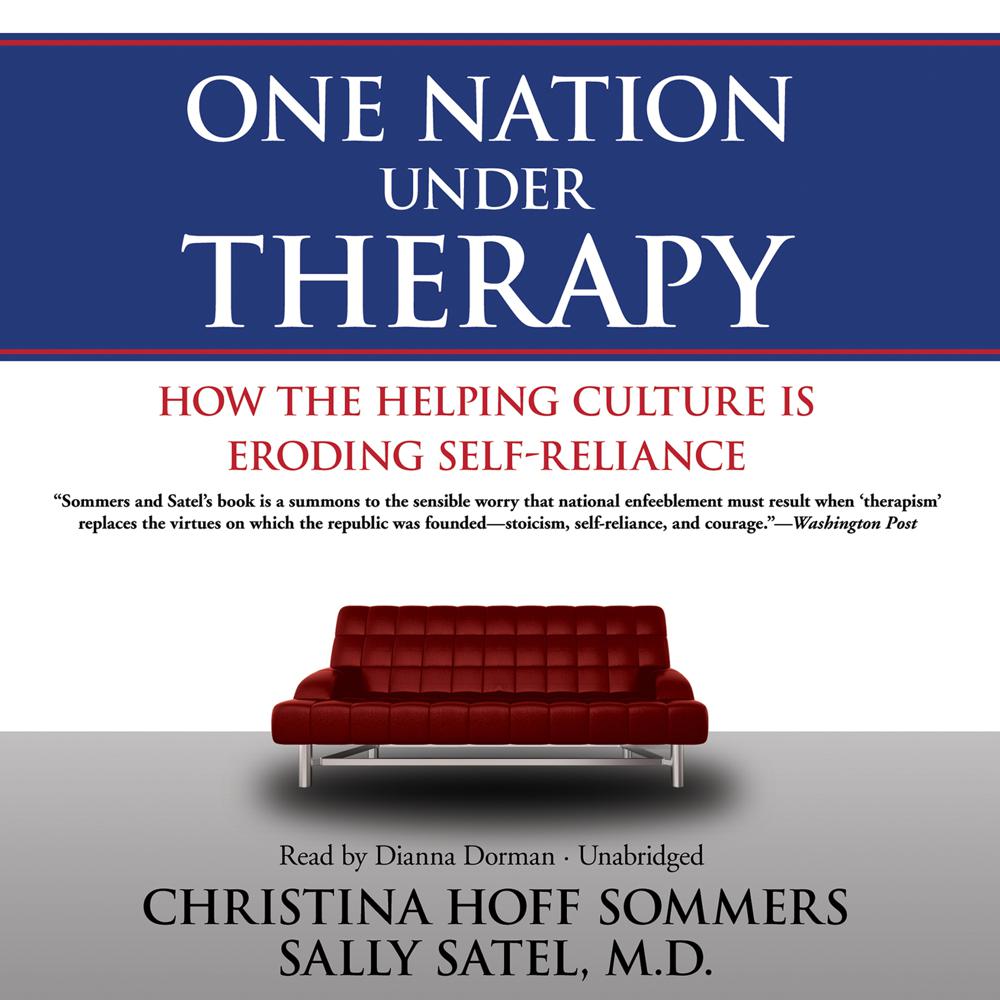 Americans have traditionally placed great value on self-reliance and fortitude. Recent decades, however, have seen the rise of a therapeutic ethic that views Americans as emotionally underdeveloped, requiring the ministrations of mental health professionals to cope with life’s vicissitudes. Today, having a book for every ailment, a counselor for every crisis, a lawsuit for every grievance, and a TV show for every problem degrades one’s native ability to cope with life’s challenges.

Drawing on established science and common sense, the authors reveal how “therapism” and the burgeoning trauma industry have come to pervade our lives. Topical, provocative, and wryly amusing, One Nation under Therapy demonstrates that “talking about” problems is no substitute for confronting them.

“Sommers and Satel’s book is a summons to the sensible worry that national enfeeblement must result when ‘therapism’ replaces the virtues on which the republic was founded—stoicism, self-reliance, and courage.”

“[Sommers and Satel] review the relevant literature, letting its conclusions speak for themselves…they don’t have to apply spin to be convincing…Well-written, well-informed public affairs argumentation.”