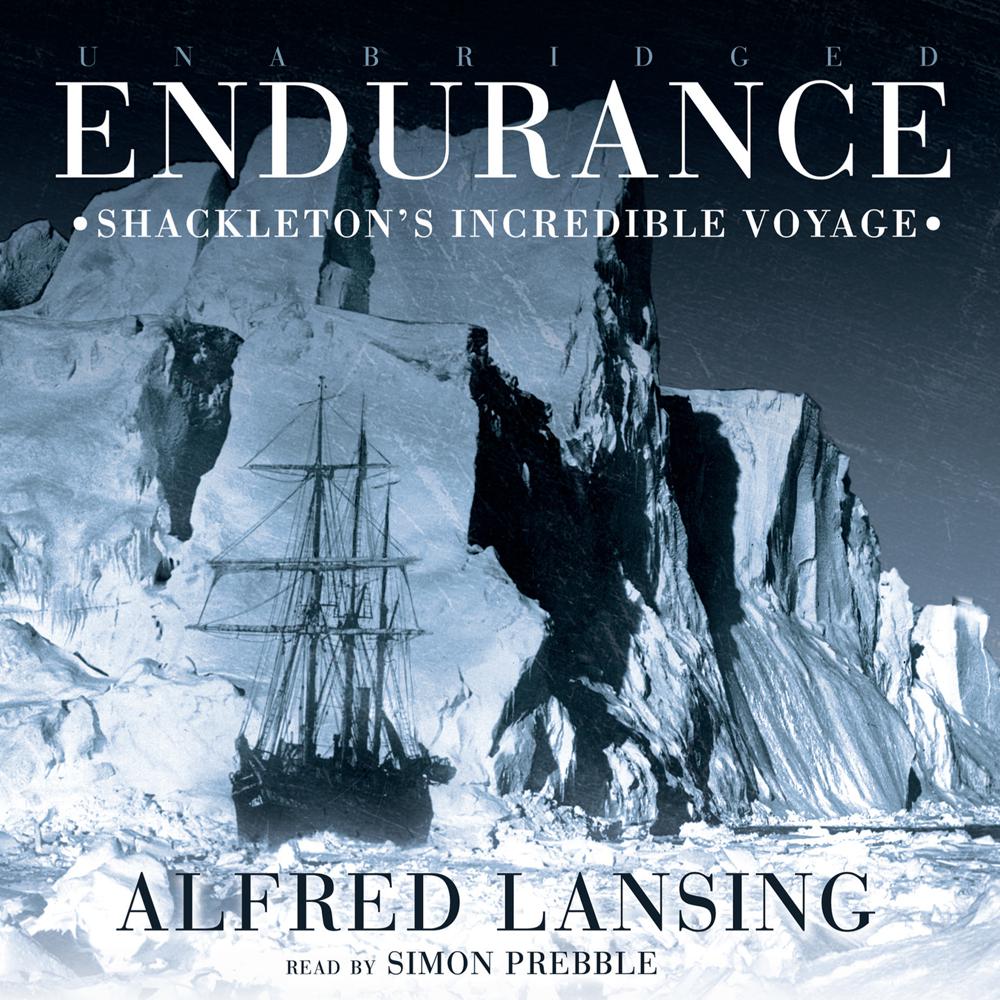 This is a new reading of the thrilling account of one of the most astonishing feats of exploration and human courage ever recorded.

In August of 1914, the British ship Endurance set sail for the South Atlantic. In October, 1915, still half a continent away from its intended base, the ship was trapped, then crushed in the ice. For five months, Sir Ernest Shackleton and his men, drifting on ice packs, were castaways in one of the most savage regions of the world.

Lansing describes how the men survived a 1,000-mile voyage in an open boat across the stormiest ocean in the world and an overland trek through forbidding glaciers and mountains. The book recounts a harrowing adventure, but ultimately it is the nobility of these men and their indefatigable will that shines through.

“Simon Prebble gives each [of the crew] a unique voice, from Cockney to Scot. He ambles engagingly through the calmer moments of the narrative and grabs the listener by the lapels when the going gets rough, as it did more times than the ordinary person would be able to endure. Even if you know the story well, Prebble’s narration will bring to life the despair, elation, and sheer will of these men to survive, and to triumph, together. Winner of the AudioFile Earphones Award.”

“Grit in the face of seemingly insurmountable adversity.”

“Endurance is one of the most gripping, suspenseful, intense stories anyone will ever read.”

“This painstakingly written authentic adventure story will rank as one of the classic tales of the heroic age of exploration.”

“Without doubt a classic, rousing tale of the heroic age of exploration.”