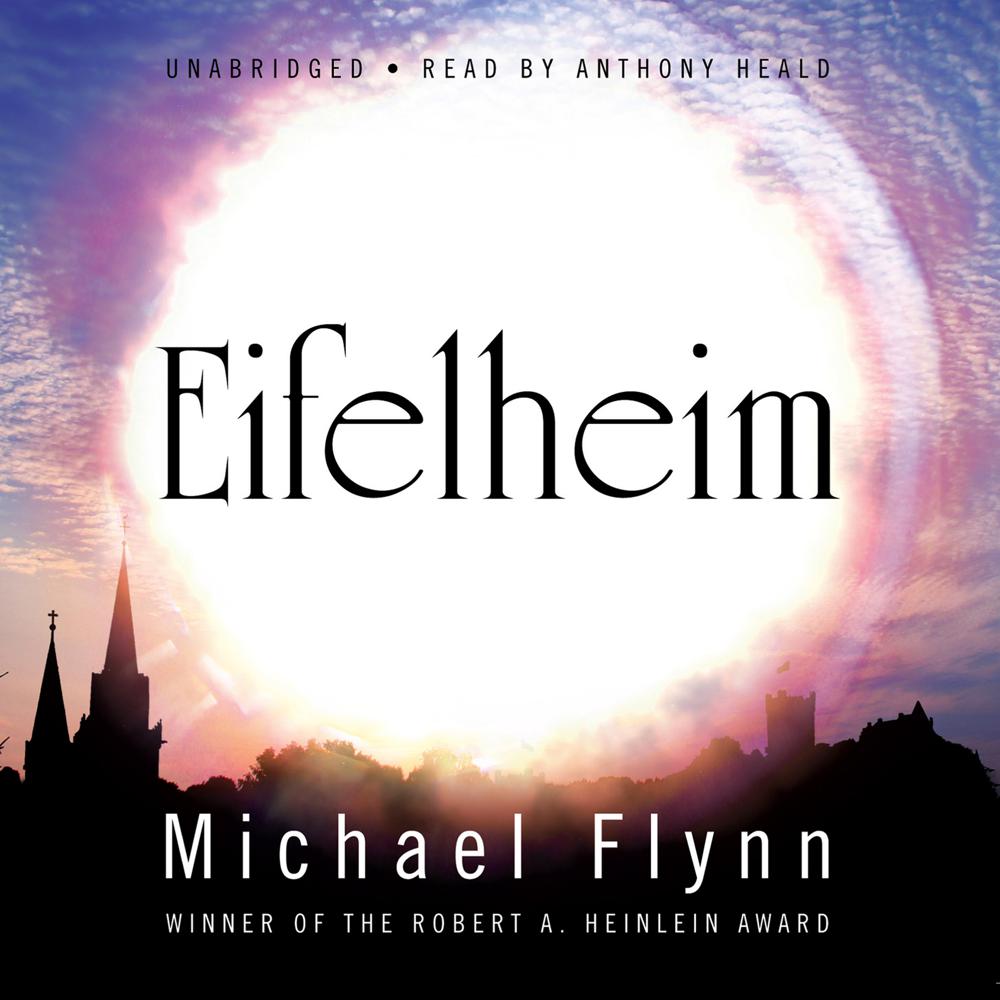 In 1349, one small town in Germany disappeared and was never resettled. Tom, a contemporary historian, and his theoretical physicist girlfriend, Sharon, become interested. By all logic, the town should have survived, but it didn’t. Why? What was special about Eifelheim that it utterly disappeared more than six hundred years ago?

In 1348, as the Black Death is gathering strength across Europe, Father Deitrich is the priest of the village that will come to be known as Eifelheim. A man educated in science and philosophy, he is astonished to become the first contact between humanity and an alien race from a distant star when their interstellar ship crashes in the nearby forest.

Tom, Sharon, and Father Deitrich have a strange and intertwined destiny of tragedy and triumph in this brilliant novel by the winner of the Robert A. Heinlein Award.

“Anthony Heald is an engaged narrator…He sounds enthusiastic and somber, curious and convinced. His presentation of the intellectual exchanges between Tom and Sharon is quietly vibrant and grounds this thriller in the modern day.”

“With a sure grasp of both speculative science and medieval history, Flynn…compellingly weaves past and present together in a dialog of faith and science…Highly recommended.”

“This fascinating, unusual first-contact tale is set simultaneously in medieval Germany and modern times. The interactions between the residents of Eifelheim and the aliens are full of wonder and interest, and the modern-day sleuthing to crack the medieval town’s mystery is equally absorbing.”

“Flynn credibly maintains the voice of a man whose worldview is based on concepts almost entirely foreign to the modern mind, and he makes a tense and thrilling story of historical research out of the contemporary portions of the tale.”

“The writer I think of most often when I read him is Poul Anderson: the same mix of quantitative, hard-science rationality and humanist empathy, the same willingness to explore the other country that is the past, and the same response and compassion for his characters, whether or not they share DNA or a worldview with us.”

“Narrator Anthony Heald does a tremendous job with the narration. He’s an excellent match with the material, handling accents and characters with unobtrusive skill. Choices he made with the alien voices were particularly effective.”