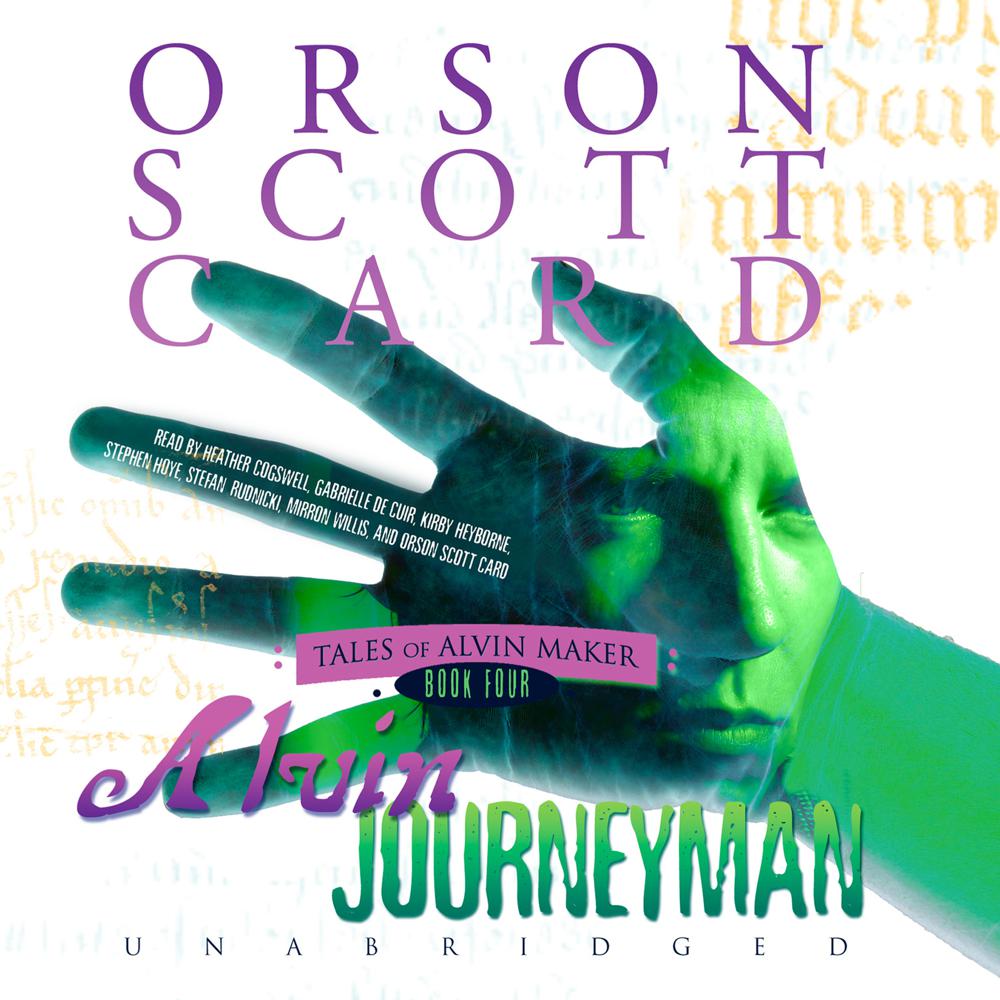 Alvin is a Maker, the first to be born in a century. Now a grown man and a journeyman smith, Alvin has returned to his family in the town of Vigor Church. He will share in their isolation, work as a blacksmith, and try to teach anyone who wishes to learn the knack of being a Maker. For Alvin has had a vision of the Crystal City he will build, and he knows that he cannot build it alone. But he has left behind in Hatrack River enemies as well as true friends. His ancient foe, the Unmaker, whose cruel whispers and deadly plots have threatened Alvin’s life at every turn, has found new hands to do his work of destruction.

If that spirit of destruction cannot stop him by magic, or war and devastation, then it will try to crush the young Maker by simpler means—more human means. By lies and innuendo, and by false accusations, Alvin is driven from his home back to Hatrack River, only to find that the Unmaker has been there before him, and that he must now stand trial for his life.

“Card brings to building this world and his large cast of well-wrought characters formidable scholarship in history, religion, and folklore...We are talking about the most important work of American fantasy since Stephen Donaldson's original Thomas Covenant trilogy.”

“Just when you think you know what a writer has up his sleeve, he surprises you with a pair of aces. Orson Scott Card is that kind of writer...[He] uses language in these novels like never before...His descriptions bring the magic alive for the reader.”

“With delicacy and insight, incorporating folk tales and folk magic with mountain lore and other authentic details, Orson Scott Card has evoked a different vision of Americaas it might have been.”

“At long last, Card returns to what promises to be his most notable creation, The Tales of Alvin Maker...From beginning to end, this novel is full of riches that include Card’s command of language (dialect, too!), sense of history, and vivid portraits of alternate versions of Napoleon, William Henry Harrison, Honore de Balzac, and others. This superb and welcome book continues the saga at the same high level as before, and is most highly recommended.”