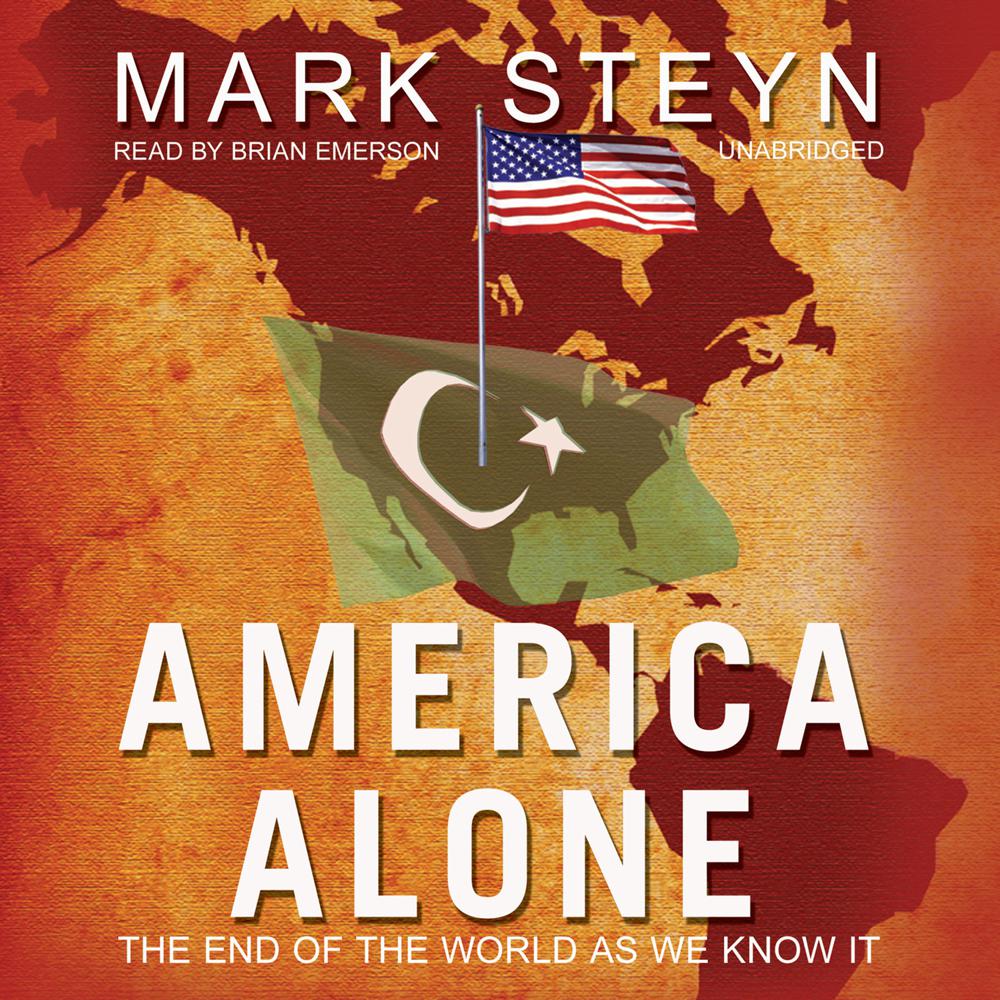 It’s the end of the world as we know it. Someday soon, you might wake up to the call to prayer of a muezzin. Europeans already do.

Liberals tell us that “diversity is our strength”—while Talibanic enforcers cruise Greenwich Village burning books and barber shops, the Supreme Court decides that sharia law doesn’t violate the “separation of church and state,” and the Hollywood Left decides to give up on gay rights in favor of the much safer charms of polygamy.

If you think this can’t happen, you haven’t been paying attention. In this hilarious New York Times bestseller, provocative columnist Mark Steyn uses his trademark wit, clarity of thought, and flair for the apocalyptic to argue that America is the only hope against Islamic terrorism. He addresses the singular position in which America finds itself, surrounded by anti-Americanism on all sides, and gives us the brutal facts on these threats and why there is no choice but for America to fight for the cause of freedom—alone.

“America Alone is Mark Steyn at his best: funny and irreverent, even while assembling well-reasoned and complex arguments in support of serious insights.”

“Mark Steyn is a human sandblaster. This book provides a powerful, abrasive, high-velocity assault on encrusted layers of sugarcoating and whitewash over the threat of Islamic imperialism. Do we in the West have the will to prevail?”

“Mark Steyn is the funniest writer now living. But don’t be distracted by the brilliance of his jokes. They are the neon lights advertising a profound and sad insight: America is almost alone in resisting both the suicide of the West and the suicide bombing of radical Islamism.”