Without You
Anthony Rapp 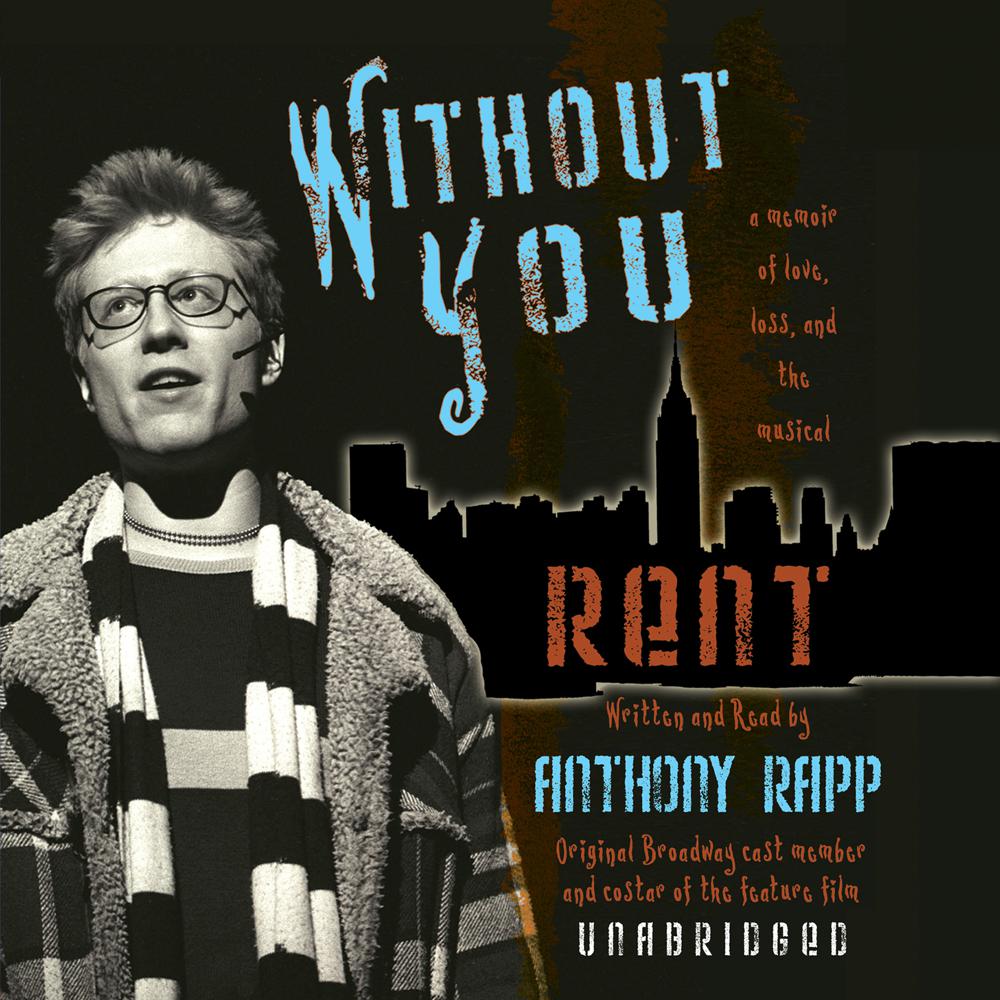 Anthony Rapp captures the passion and grit unique to the theater world as he recounts his life-changing experience in the original cast of the Pulitzer Prize–winning musical Rent.

Anthony Rapp had a special feeling about Jonathan Larson's rock musical Rent as early as his first audition, which won him a starring role as the video artist Mark Cohen. And when the show opened to thunderous acclaim off Broadway, Rapp knew that something truly extraordinary had taken shape. But even as people celebrated Rent's success, they were also mourning the sudden death of Jonathan Larson, the show's creator.

When Anthony's mom began to lose her battle with cancer, he struggled to balance his theater career with his responsibility to his family. Here, Anthony recounts both the show's huge success and his overwhelming loss. He also shares his experiences discovering his sexuality, the tension it created with his mother, and his struggle to gain her acceptance.

“Anthony Rapp has written a courageous, brutally honest memoir that breaks new ground in writing about the constantly changing arena of the American family experience.”

“No roar-of-the-crowd, smell-of-the-greasepaint scrapbook; it’s a sprawling tear-streaking life story and unabashedly sentimental ode to his mother…[Rapp’s] voice is unpretentious and unfailingly honest.”

“Beautifully written…[Without You] shows that a life story truthfully told can be stranger (as well as more touching) than fiction.”

“The tragic, compelling backstory to Rent extends the book’s appeal far beyond the show’s fans.”

“Pitch-perfect…a book for everyone who has experienced great loss, [and] for anyone who has survived and grown because of that loss.”

“Absorbing, warm and hopeful, the book celebrates a man, his work and a generation struggling with AIDS but determined to survive.”

“[Rapp] delves deeply, with real emotion, into the making of a blockbuster show, providing details that any show-biz buff will adore…the climax is a tearjerker.”

“Rapp here makes an impressive debut as a writer, bringing a keen actor’s sense of detail, timing, and pathos to the page…Writing with painful sensitivity…he reaches a deep, affecting level of personal expression. A hit.”

“Heartbreakingly beautiful, a contemporary portrait of an artist as a young man.”