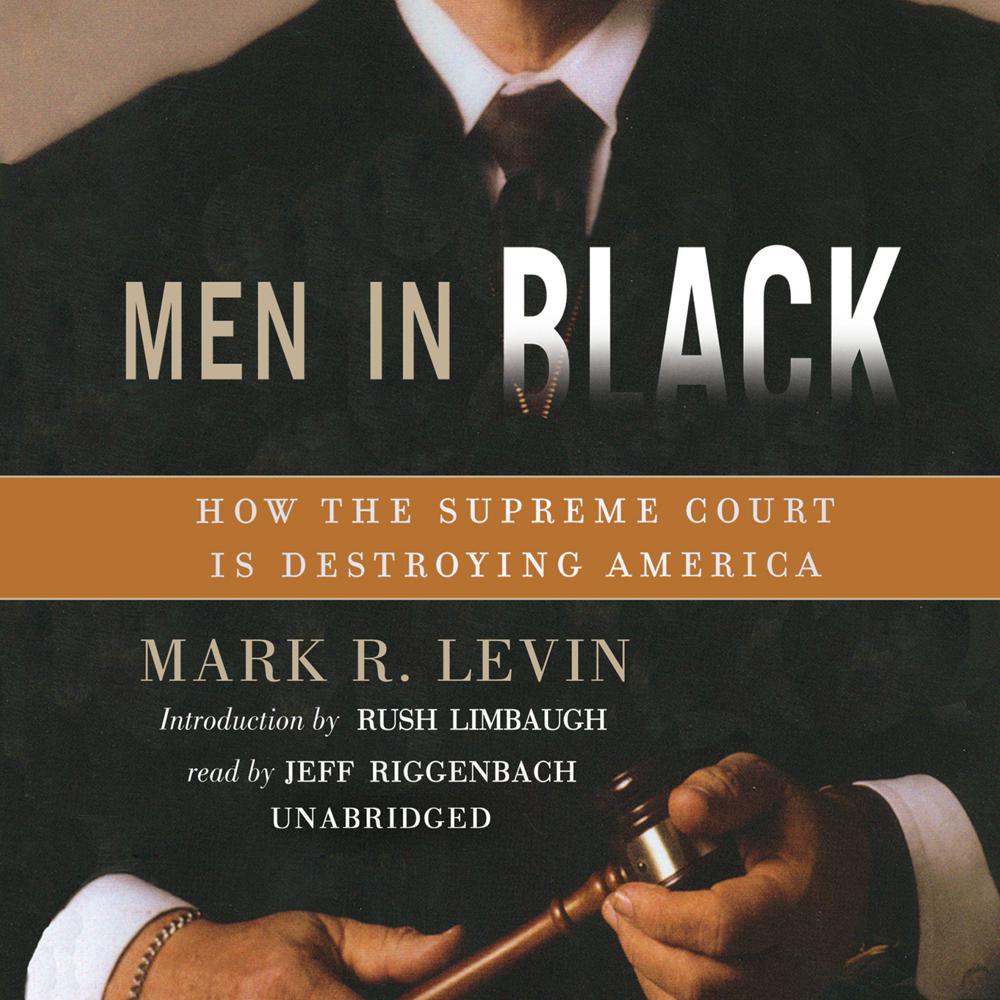 The Supreme Court endorses terrorists’ rights, flag burning, and importing foreign law. Is that in the Constitution? You’re right: it’s not. But these days the Constitution is no restraint on our out-of-control Supreme Court. The Court imperiously strikes down laws and imposes new ones purely on its own arbitrary whims. Even though liberals like John Kerry are repeatedly defeated at the polls, the majority on the allegedly “conservative” Supreme Court reflects their views and wields absolute power. There’s a word for this: tyranny.

In Men in Black, radio talk-show host and legal scholar Mark R. Levin dissects the judicial tyranny that is robbing us of our freedoms and stuffing the ballot box in favor of liberal policies. As Rush Limbaugh writes in his introduction, “Men in Black is a tremendously important and compelling book.”

“Men in Black is one of the finest books on the Constitution and the judiciary I’ve read in a very long time. It combines history, law, and current events in an extremely interesting, insightful and compelling examination of a dire problem…There is no better source for understanding and grasping the seriousness of this issue than Men in Black.”

“I am proud to endorse this book by a constitutional scholar, a brilliant lawyer, a pundit extraordinaire, an exceptional radio talk show host, a patriot, and my very good friend. I hope it sells a million and that twice that many read, absorb, and take to heart its critical message.”

“Mark Levin proves once again why I call him ‘The Great One.’ He describes a Supreme Court that is out of control and out of order. Men in Black is a modern conservative classic.”