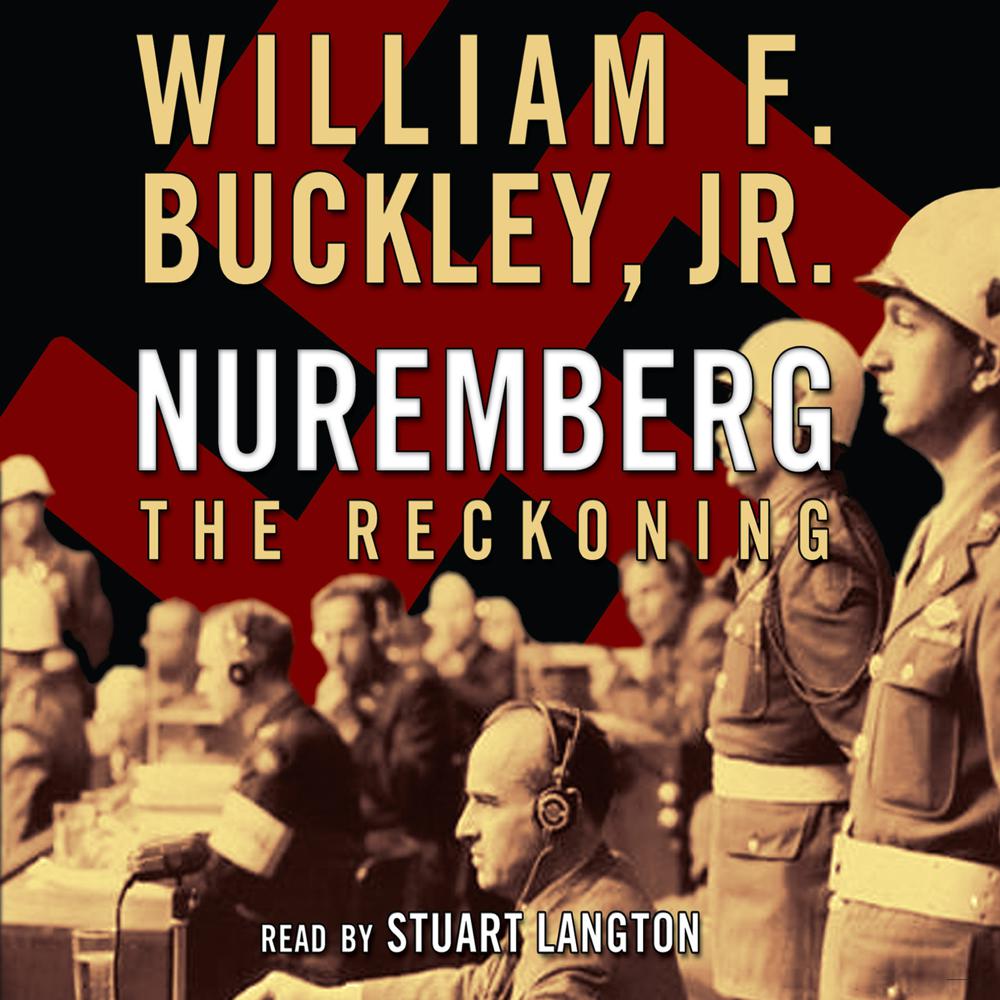 Nuremberg’s Palace of Justice, 1945, was the scene of a trial without precedent in history, a trial that continues to haunt the modern world. With his customary authority and audacity, William F. Buckley, Jr., has taken a pivotal moment in history and shaped it into a novel of riveting insight and understanding.

Leading the listener into the palace is interpreter-interrogator Sebastian, a young German-American whose fate is entwined with the lives and deaths of some towering figures of twentieth-century history, including Hermann Goering and Adolf Hitler. In a gripping account of war makers who must face the consequences of their actions, Nuremberg: The Reckoning flows through Warsaw, Berlin, Munich, Hamburg, and finally Nuremberg, as Sebastian comes to terms with his family legacy and his national identity.

“[Buckley] presents the trials as something beyond ordinary politics.”

“Within the flexible boundaries of a novel that has substance, style, and a firm grip on the plot, Buckley has fashioned a story of action against a real historical background.”

“Buckley displays his unmatched talent for fictionalizing key historical moments in this masterful account of the infamous trials…Considering the complexities of the subject matter, Buckley manages to tell a fast-paced coming-of-age story set against the darkest of backdrops.”

“Driven by an illuminating synergy of fact and fiction…Buckley’s superbly researched novel drops us squarely into a thicket of ideas, arguments, and reportage, while grounding our emotions in the Reinhards’ collectively compelling story.”