Golden Fleece and the Heroes Who Lived before Achilles
Padraic Colum 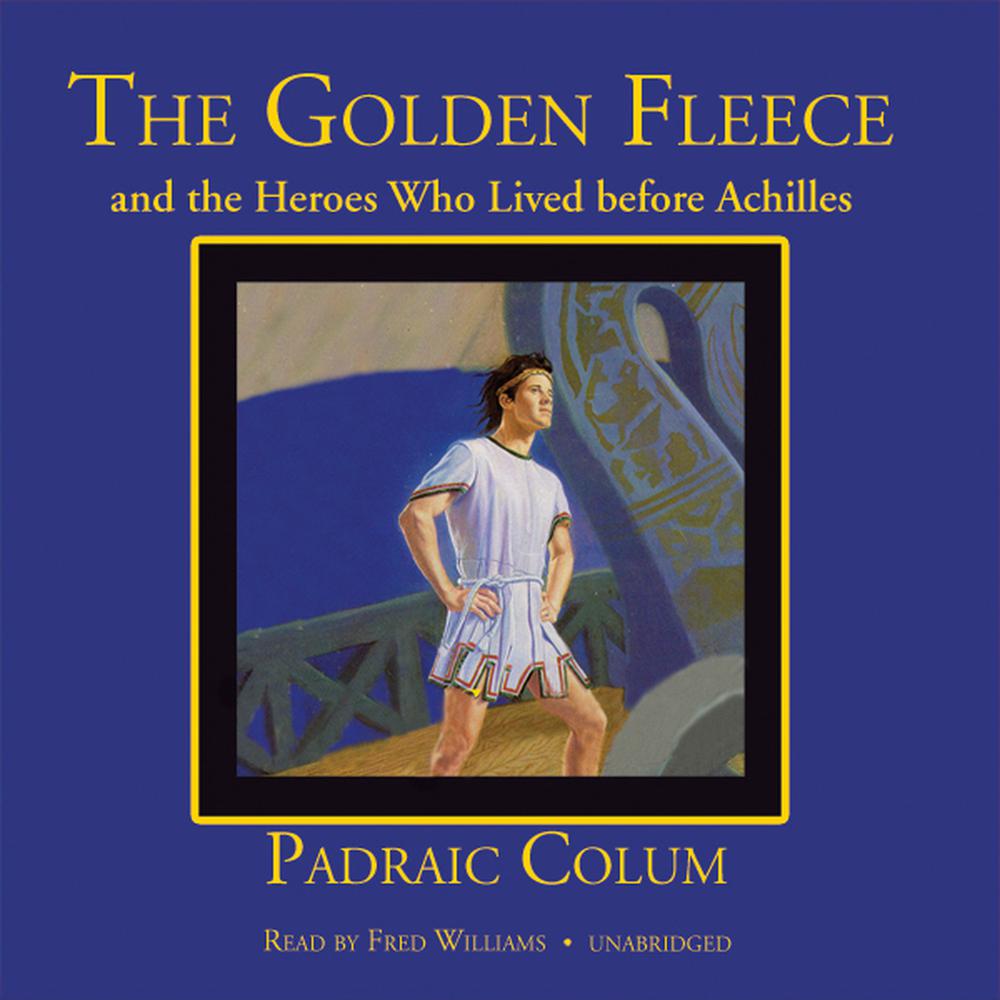 Jason was born the son of a king, his destiny to rule Iolcus. But his uncle, King Pelias, who has taken over the throne, is not willing to give it up, so he cunningly persuades Jason to accept a dare to bring back the famous Golden Fleece of Colchis. Jason accepts the challenge, unaware that he is being conned into a dangerous and perhaps fatal journey far from the land he loves.

Jason sets out, along with Heracles and Theseus, Perseus and Atalanta, and the sorceress Medea, on a wondrous journey in the shipArgoto strange lands populated by even stranger inhabitants. As they travel, Orpheus, the storyteller, sings songs about the gods and goddesses and the creation of heaven and earth.

This book is the story of Jason, the Argonauts, and their quest for the Golden Fleece.

“Colum’s stirring telling of the Greek epics is unequalled as an introduction to the classic myths for young readers.”

“Williams’ voice is a fine match with the text, which is written in a style that is eloquent, but that may seem archaic to the contemporary listener. His deep, resonant voice has something of the quality of an oracle. His delivery is subtly nuanced, and this work will be a real treat for the listener.”

“Blackstone has produced the audio book version of The Golden Fleece, perfect for those of us who would like to listen instead of read…The reader’s voice is deep and serious, fitting for the nature of the story…The author’s incredible use of language and these timeless tales will add much to our studies.”