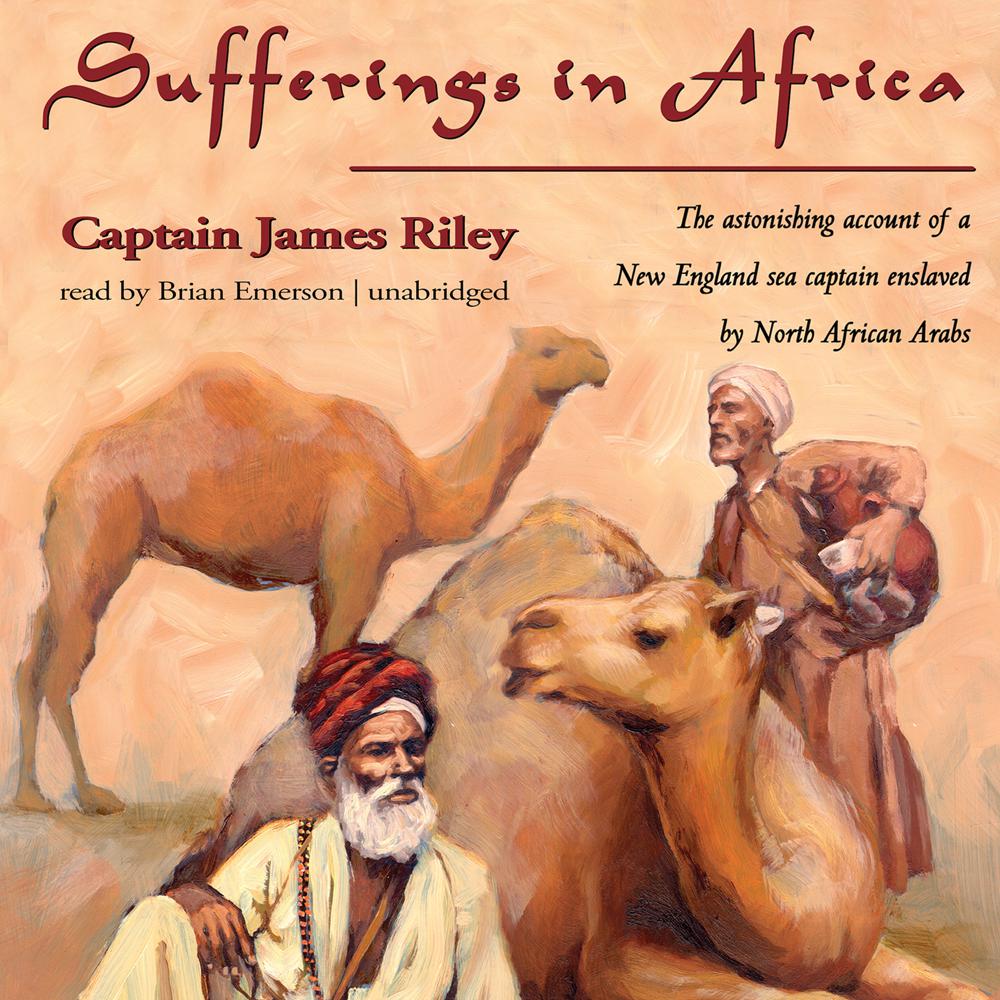 In this classic true adventure story, a young American sea captain named James Riley, shipwrecked off the western coast of North Africa in 1815, is captured by a band of nomadic Arabs and sold into slavery. Thus begins an epic adventure of survival and a quest for freedom that takes him across the Sahara desert.

This dramatic account of Captain Riley’s trials and sufferings sold more than one million copies in his day and was even read by a young and impressionable Abraham Lincoln. The degradations of a slave existence and the courage to survive under the most harrowing conditions have rarely been recorded with such painful honesty.

Sufferings in Africa is a classic travel-adventure narrative and a fascinating testament of white Americans enslaved abroad, during a time when slavery flourished throughout the United States.

“Reader Brian Emerson is monotonous and cool, punctuating sentences by prolonging the last word and dropping his voice. The didactic, well-pronounced delivery…makes the history seem plausible.”

“Vividly capture[s] the long history of America's encounters with the Arab world.”