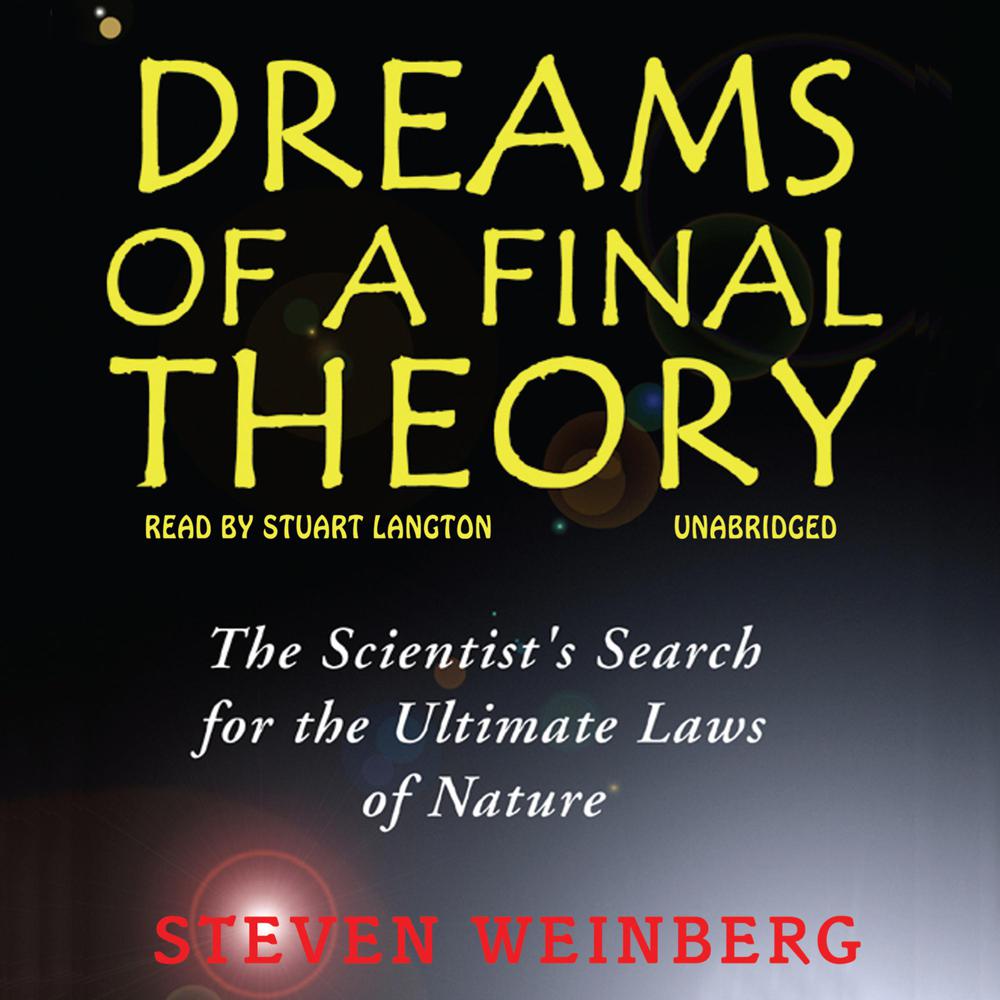 This is the story of a grand scientific quest: the quest for a unifying theory of nature—one that can explain forces as different as the cohesion inside the atom and the gravitational tug between the sun and the earth. Writing with dazzling elegance and clarity, Nobel Prize–winning physicist Steven Weinberg retraces the steps that have led modern scientists from relativity theory and quantum mechanics to the notion of superstrings and the idea that our universe may coexist with others. Along the way, he voices the questions that are always present: Why does each explanation of the way nature works point to other, deeper explanations? Why are the best theories not only logical but beautiful? And what implications will a final theory have for our philosophy and religious faith?

Intellectually daring, rich in anecdote and aphorism, Dreams of a Final Theory launches us into a new cosmos and helps us make sense of what we find there.

“Unusually well-written and informative…Weinberg is one of the world’s most creative theoretical physicists.”

“A splendid introduction to the nature and ambitions of modern physics and a brilliant and…moving essay on its philosophical implications.”

“This splendid book is as good reading about physics and physicists as this reviewer can name…clear, honest, and brilliantly instructive.”

“Weinberg’s quest…displays a scientist’s sense of wonder and an artist’s love of beauty.”

“Listening to this audiobook, one feels as if one has entered the classroom of a popular physics professor. With a clear tenor voice, [Langton] never falters in this reading, even when tackling the many difficult physics terms.”

“Weinberg writes with great hope and clarity…Other books have been written on this subject, but Weinberg’s is likely to have the highest demand. Highly recommended.”