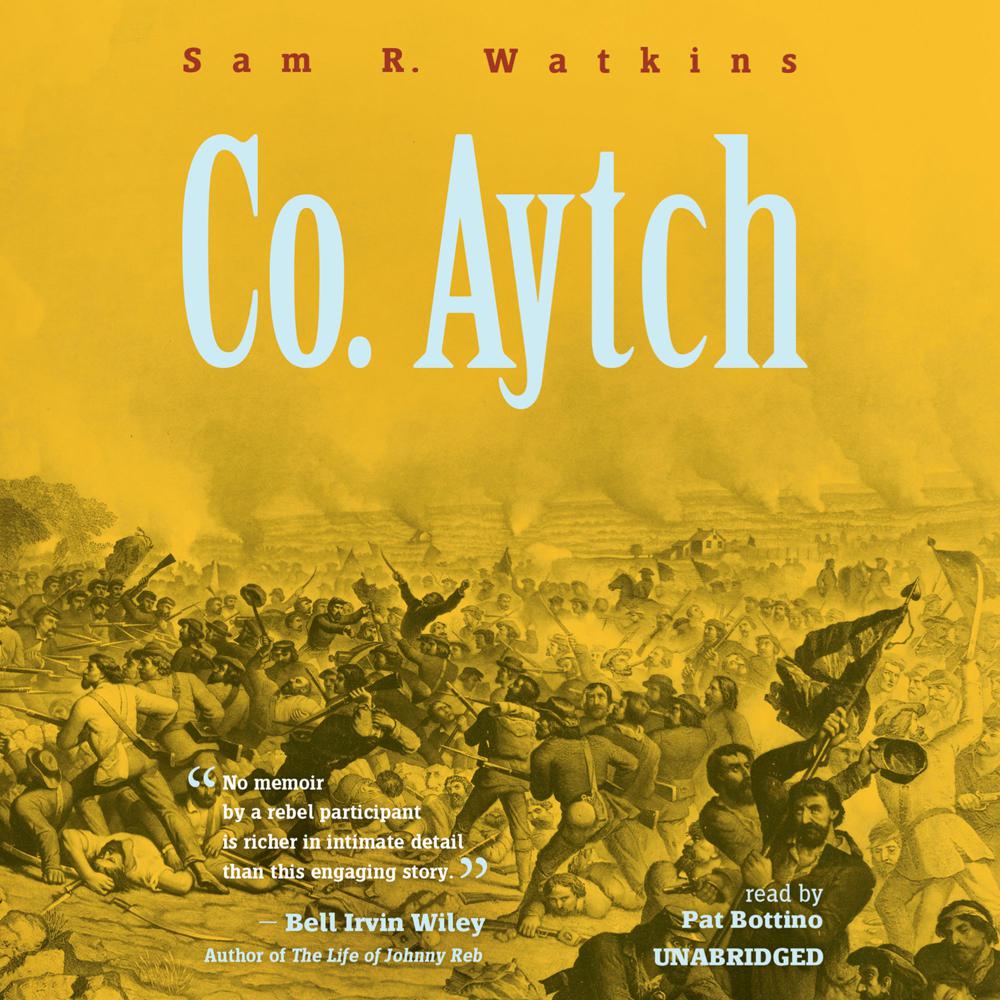 Early in May 1861, twenty-one-year-old Sam R. Watkins of Columbia, Tennessee, joined the First Tennessee Regiment. He fought in all of its major battles, from Shiloh to Nashville. Twenty years later, with a "house full of young 'rebels' clustering around my knees and bumping about my elbows," he wrote the remarkable account of "Co. Aytch," its common foot soldiers, its commanders, its Yankee enemies, its victories and defeats, and its ultimate surrender on April 26, 1865.

Co. Aytch is the work of a natural storyteller who balances the horror of war with his irrepressible sense of humor and his sharp eye for the lighter side of battle. Among Civil War memoirs, it stands as a living testament to one man's enduring humanity, courage, and wisdom in the midst of death and destruction.

“A better book there never was.”

“Sam’s bird’s-eye view, coupled with his almost ‘Forrest Gumpian’ ability to be in the right place at the right time, has drawn historians, scholars, and boy soliders like myself to his tales for over a century.”

“Anyone who wishes to hear a Southern view of why they fought should hear Watkins…This work is moving and always fascinating because it is a great text penned by a man who has seen the spectrum of human cruelty, horror, and kindness.”

“No memoir by a rebel participant is richer in intimate details than this engaging story.”