Somebody Pick Up My Pieces
J. D. Mason 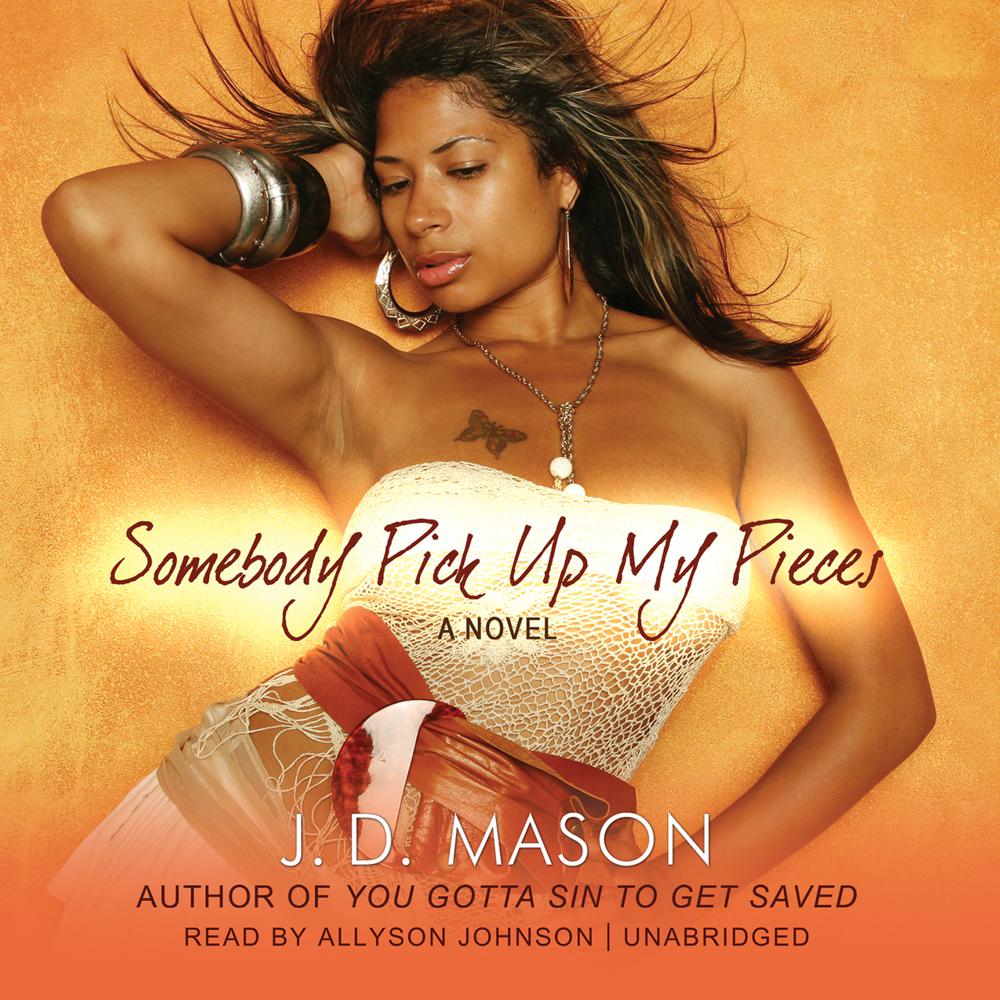 Six months ago her three daughters walked out and left Charlotte Rodgers to fend for herself in her small home in Murphy, Kansas. Charlotte is left resentful and bitter toward her children—Clarice, Connie, and especially Camille—for abandoning her when all she wanted was to return home, finally, to Denver and escape from the memories of her painful past. What Charlotte doesn’t know is that the past is hot on her trail and, to her horror, will soon catch up with her once again.

Justin and Clarice “Reesy” Braxton are struggling to hold on to what’s left of their marriage. Justin’s affair has taken its toll on the union, and Reesy has to decide, once and for all, if she can finally forgive him and move forward, or if the lure of revenge—giving Justin a dose of his own medicine—is too tempting to ignore. But is Reesy being honest, telling herself that she’s cheating on her husband to teach him a lesson, or are her feelings for her new lover more real than any she’s ever had for her husband?

Camille Rodgers has lived her whole life under Charlotte’s watchful and critical eye, struggling to be the perfect daughter and giving in to Charlotte’s whims. For the first time, she’s on her own and is quickly spiraling out of control. Camille lost everything before she moved away from Kansas. She lost the unborn child she was carrying. She lost her husband. And she nearly lost her life in a terrible car accident. Now, she has a chance for a fresh start in a new city, with sisters she never even knew she had until six months ago. By all accounts, Camille should be on top of the world, but she’s like a fish out of water and can’t seem to connect to the two women who say they love her. When she begins to entertain a dangerous man—and even more dangerous habits—she may lose more than she ever thought she had.

“Mason vividly explores the roller-coaster relationships the chronically unhappy Charlotte has with her daughters and captures Charlotte’s desperation as she contends with Uncle, leading to a bone-chilling if paradoxically uplifting ending.”

“While this novel contains ample drama, it also weaves in a beautiful story about family. The third-person POV works wonderfully to sort through the quagmire of deceit, infidelity, and even insanity. The dialogue is sometimes pensive and sometimes heart wrenching, drawing the reader into every active scene. Somebody Pick Up My Piecesis a fantastic read.”

“Mason’s fourth novel to follow the Rodgers women, after You Gotta Sin to Be Saved, is set to be another powerful family drama.”