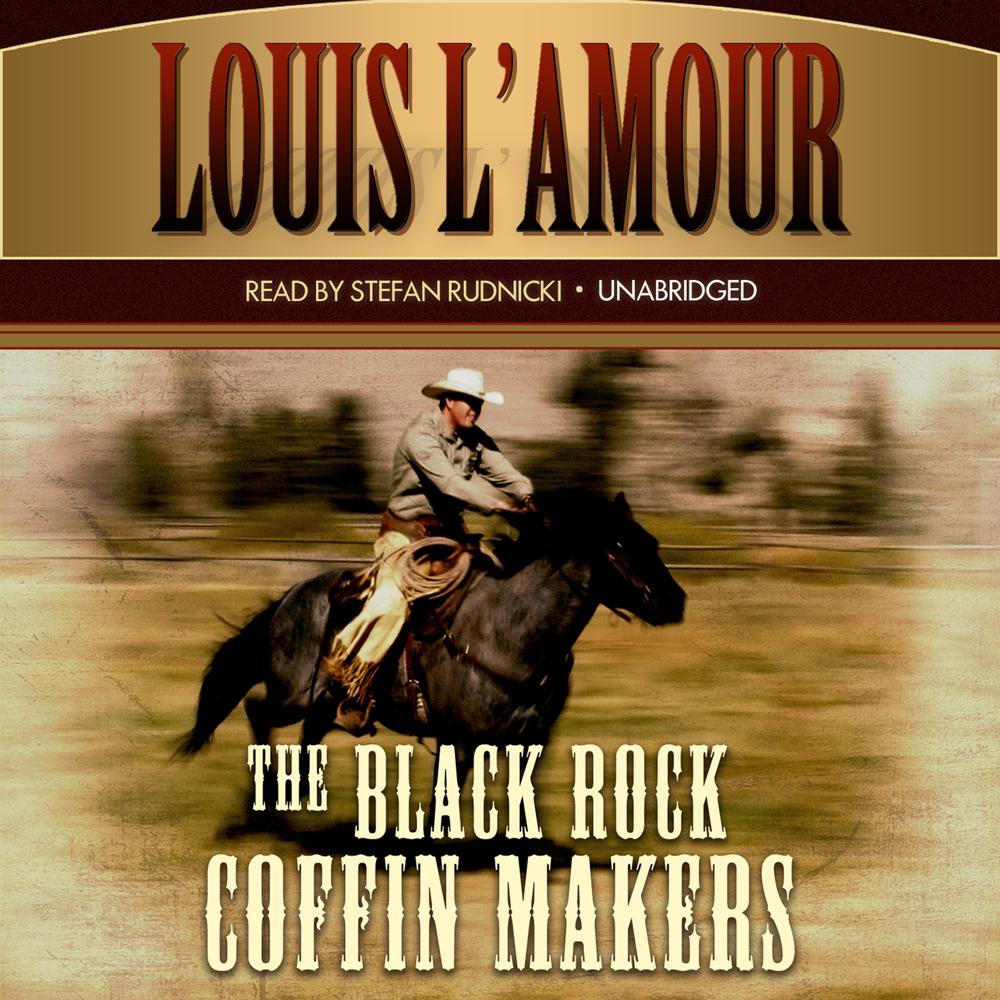 Two men in the isolated town of Tucker want the XY ranch—Jim Walker and the ruthless Wing Cary—and one of them wants it badly enough to kill for it.

The Black Rock Coffin Makers is a tale of suspense and danger, with chases, shootouts, double-crosses and posses, all for possession of the XY ranch.

“L’Amour never writes with less than a saddle creak in his sentences and more often with a desert heat wave boiling up from a sun-baked paragraph.”