I Hate to Leave This Beautiful Place
Howard Norman 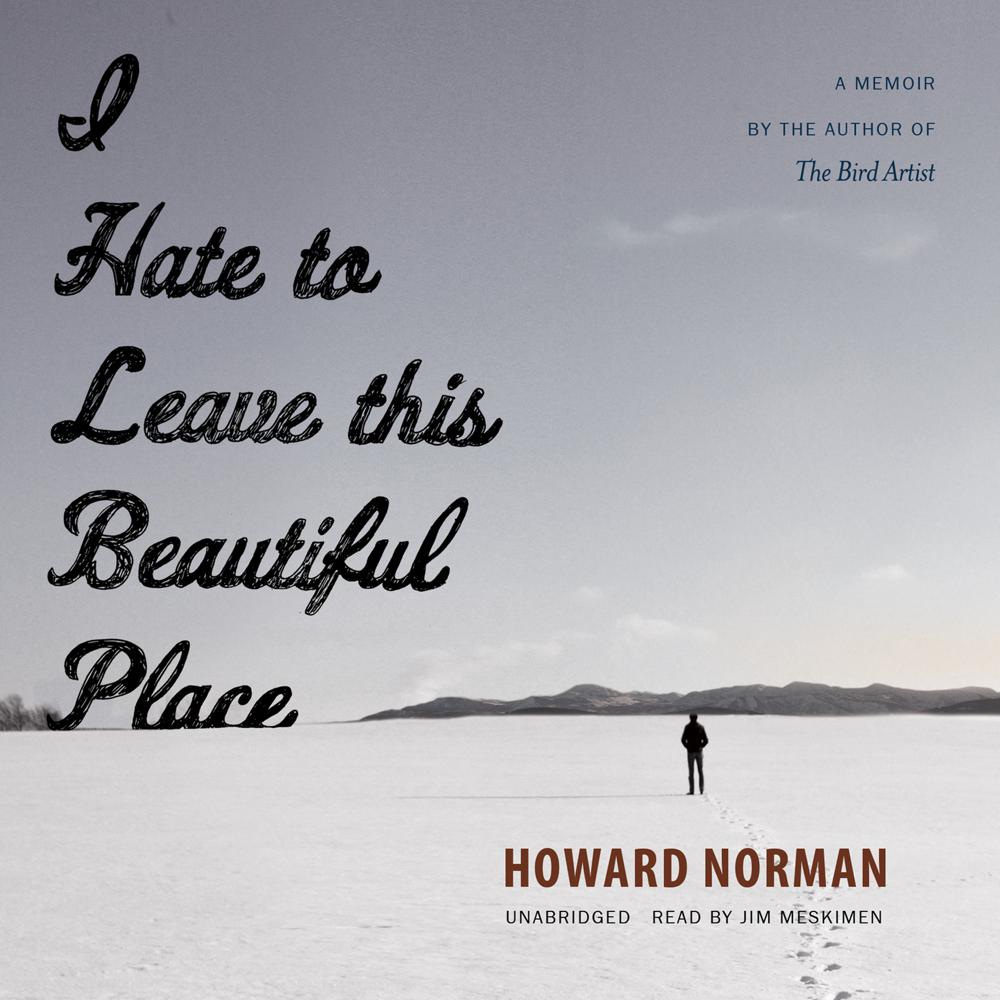 A memoir of the haunting and redemptive events of the acclaimed writer's life—the betrayal of a con-man father; a murder-suicide in his family's house; the presence of an oystercatcher—each one, as the saying goes, stranger than fiction

As with many of us, the life of novelist Howard Norman has had its share of incidents of "arresting strangeness." Yet few of us connect these moments, as Norman has done in this spellbinding memoir, to show how life tangles with the psyche to become art. Norman's story begins with a portrait, both harrowing and hilarious, of a Midwest boyhood summer working in a bookmobile, in the shadow of a grifter father and under the erotic tutelage of his brother's girlfriend. His life story continues in places as far-flung as the Arctic, where he spends part of a decade as a translator of Inuit tales—including the story of a soapstone carver turned into a goose whose migration-time lament is, "I hate to leave this beautiful place"—and in his beloved Point Reyes, California, as a student of birds. In the Arctic, he receives news over the radio that "John Lennon was murdered tonight in the city of New York in the USA." And years later, in Washington, DC, another act of deeply felt violence occurs in the form of a murder-suicide when Norman and his wife loan their home to a poet and her young son. Norman's story is also stitched together with moments of uncanny solace. Of life in his Vermont farmhouse Norman writes, "Everything I love most happens most every day."

In the hands of Howard Norman, author of The Bird Artist and What Is Left the Daughter, life's arresting strangeness is made into a profound, creative, and redemptive memoir.

“A brother on the lam, the sighting of a confederate ghost during high fever, a therapist’s flat tire—the events of Howard Norman’s superb memoir are both on the edge of chaos and gathered superbly into coherent meaning. He catches, as indelibly as Frank Conroy in Stop Time, the craziness of youth: ‘It was about this time I started writing letters to other people’s fathers.’ And then, in the culminating chapter, Norman stuns us with his telling of the heartbreaking event that invades his home and life. A wise, riskily written, beautiful book.”

“Unexpectedly arresting…[Norman] writes with zero desperation. He simply plows his field, and if you want to come watch, fine by him…Honed by years of novel-writing, Norman’s ability to create an immersive, sustained scene is far beyond the powers of most memoirists…There’s deep pleasure, even a quiet kind of fun, in watching as Norman orchestrates the various elements in play. The result is a memoir that makes its own quietly dazzling little universe. Norman may be unconcerned with whether we enter, but for myself, I was glad to spend some time there.”

“All Norman’s stories—even the last, of a tragedy visited on him and his family, another intimation of death—are related with grace. He shows that the pleasures of the memoir often lie not in a life of dramatic incident but in the flights and transfigurations of a contemplative mind.”

“Some books celebrate the human condition; others commiserate with us. This memoir does both, and offers fine, subtly fey companionship to boot.”

“Fluent in strangeness, versed in ambiguity, Norman combines rapturous description with meticulous restraint as he potently recounts these feverish, eerie, life-altering events and considers the profound and haunting questions they raise.”

“With a twinge of melancholy and a steely resolve not to let himself be moved or hurt, Norman regales us with his tale of lust, death…and disappointment that mark his teenage summer of 1964 in Grand Rapids, Michigan.”