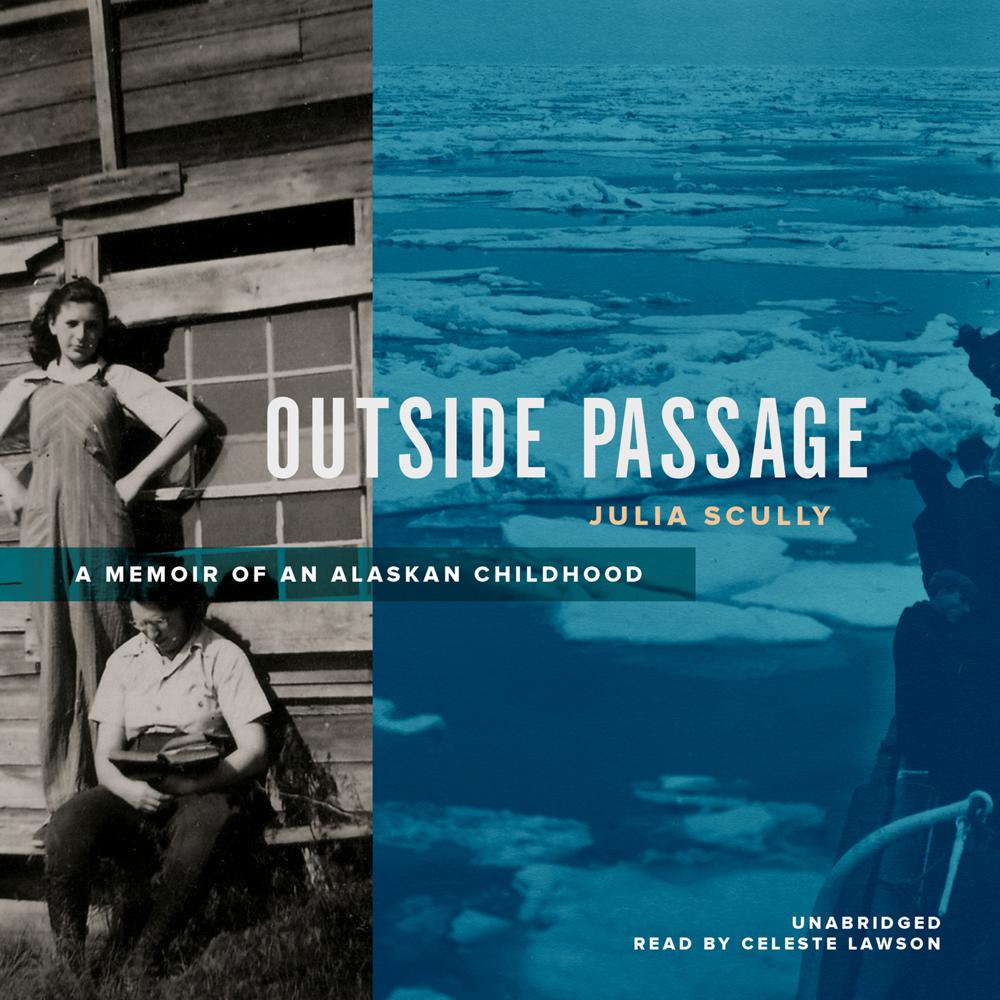 When Julia Scully was seven years old, her father committed suicide, and she and her sister were sent to an orphanage. Julia sought comfort in the rituals of the orphanage—learning to knit, roller-skating after dinner, listening to One Man's Family on the radio—and tried to adapt. But two years later, emotionally damaged by the isolation and brutality of the orphanage, the girls followed their mother to the near-wilderness of the gold-mining territory north of Nome, Alaska, where she had leased a roadhouse in the tiny settlement of Taylor. Julia had no idea what to expect when she arrived, but to her surprise she found a healing power in the stark beauty of the vast tundra—the summer wildflowers and berries, the reindeer, foxes, and wolves. Later she reveled in the boisterous, chaotic boomtown atmosphere that prevailed when thousands of American troops descended on Nome at the outbreak of World War II.

A lyrical and affecting memoir of those years, Outside Passage is simultaneously an emotional account of a young girl's first steps into adulthood and a unique portrait of a vanished frontier life.

“The physical and emotional landscapes of this memoir stay in the mind. Julia Scully makes you feel that you’ve been to Alaska and heard the waves from the Bering Sea crash on its shores.”

“Lovely…The subdued rhetoric of directness has a grace equal to a more heightened rhetoric.”

“More than a story of an Alaskan childhood, Outside Passage is about something far more difficult to describe—memory and the delicate skein it weaves within us and across the separations of life.”

“A simple reminder of the immense power of a child’s love, which can last through terrible neglect.”

“In this stunning memoir, Julia Scully recounts her exotic childhood in Alaska, where a ‘stark…treeless landscape extends on and on in every direction’…That she gained such a richness of experience from such a cutoff place is one of the delights of this miraculous book.”

“Irresistible. Told in a spare luminous voice…The sense of place is sharp and clear as the Alaskan air itself, evoked in the icy slap of the Bering Sea, the crystalline streams tumbling over salmon-colored pebbles, the Alaskan malamutes that run in packs along the frozen, rutted streets…It’s a rare delight to find a book in which the setting and voice so perfectly mesh.”

“Will this be the Angela’s Ashes of Alaska?…A memorable expression of a difficult life.”

“This chronology of a hard and unusual childhood offers a good snapshot of the struggles of a Depression-era family in one of the more remote outposts in America.”