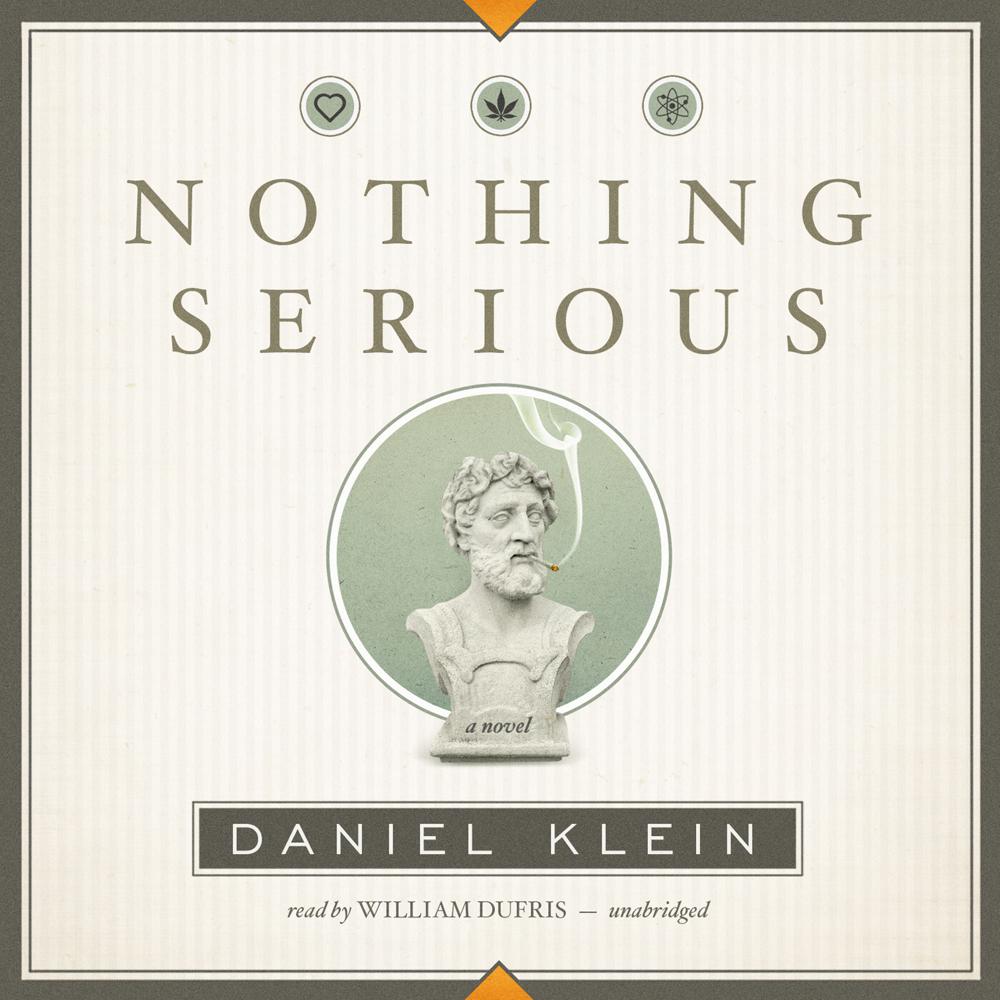 Stoned out of his skull—this is how we find washed-up New York magazine writer Digby Maxwell when he is offered a last chance to redeem himself by becoming editor of a small philosophy magazine headquartered in a rural Vermont college town. Digby's assignment is to make the magazine relevant to contemporary culture. For starters, that requires several more tokes, very deep tokes.

“Klein is a master of relevant social commentary, and his background as a writer of both mysteries and philosophy is clearly evident, resulting in an exceptional story sprinkled with philosophical overtones and rounded out with the perfect amount of symbolism and allegory. Look to J. P. Donleavy or Nick Hornby for apt comparisons.”

“Klein creates a tightly plotted comedic tale with a genuine emotional center and a sharp satirical wit…Beneath the scabrous humor there is a genuine love for all humanity…Nothing Serious is a short sweet novel, equal parts intellect and comedy—perfect to read on vacation or as a palate-cleanser for more heavy handed fare.”