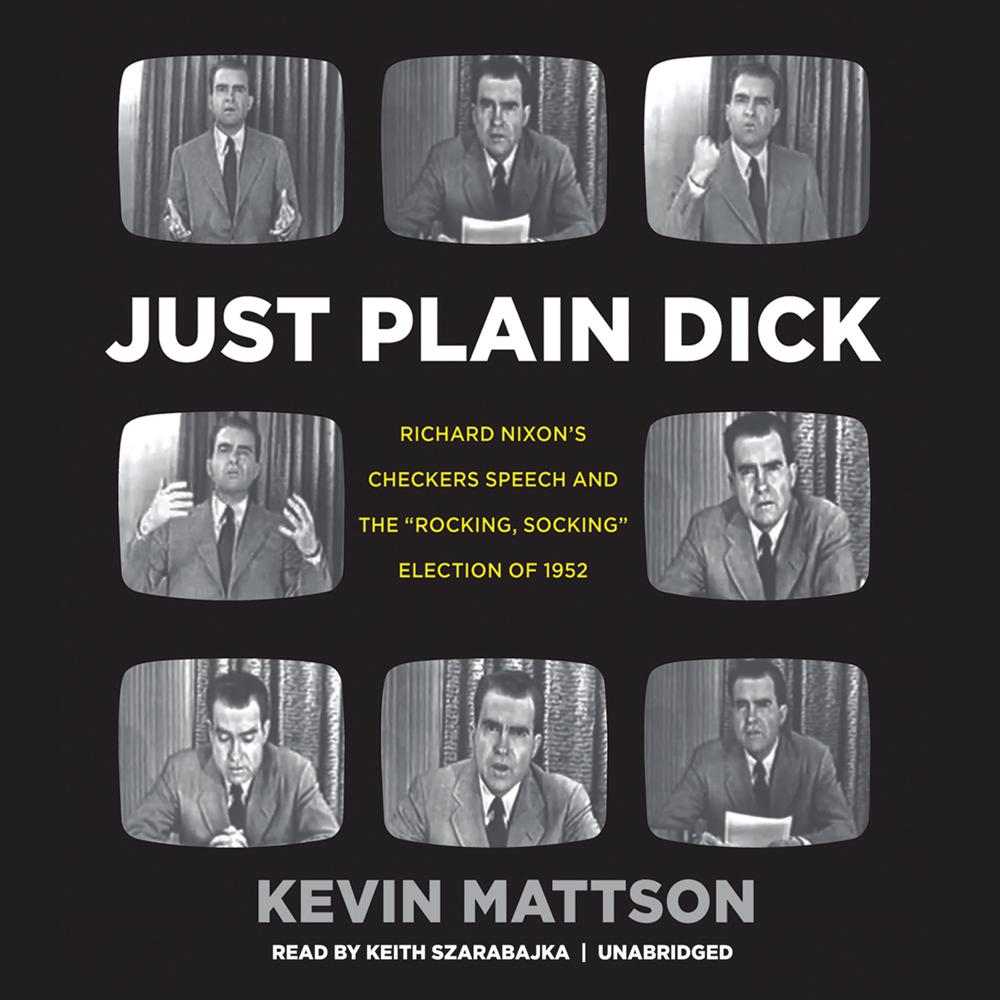 A behind-the-scenes look at one of the most famous campaign speeches—Richard Nixon's "Checkers" speech, to be published on its sixtieth anniversary

It all started with some businessmen bankrolling Richard Nixon to become a "salesman against socialization." But in this precursor to current campaign finance scandals, Nixon had some explaining to do to keep his place on Eisenhower's Republican ticket, so he took to the airwaves. In making his speech, Nixon left behind lines about a "Republican cloth coat" and a black-and-white cocker spaniel named Checkers. The speech saved and bolstered Nixon's political career and set the tone for the 1952 campaign.

Just Plain Dick is political history and more. It's the story of a young man nearing a nervous breakdown and staging a political comeback. While the narrative focuses tightly, almost cinematically, on the 1952 election cycle—from the spring primary season to the summer conventions, from the allegations against Nixon through to the speech in September and finally the election in November—Mattson also provides a broad-stroke depiction of American politics and culture during the Cold War.

Readers will see Nixon's contribution to current campaign styles. Here is a story of phony populism, a hatred of elites (tagged "eggheads" back then), and emotionally charged appeals erasing a rational assessment of a politician's qualifications. An entertaining and suspenseful read, Just Plain Dick is ideal election context for political junkies and those fascinated with 1950s America.

“[A] panoramic exploration of egghead politics, Hollywood films, television culture, and op-ed press buzz…Mattson’s portrait of a crusading, emotional Nixon on the verge of victory colors in all the campaign’s background details, including relevant pop-culture detours and digressions, from Hedda Hopper and Lucille Ball to the hole in Adlai Stevenson’s shoe.”

“A detailed, behind-the-scenes account…Mattson’s book will appeal to historians, politicians, politics buffs, and those interested in the impact of television on the electorate.”

“Mattson’s excellent book is a timely companion to the current election season.”