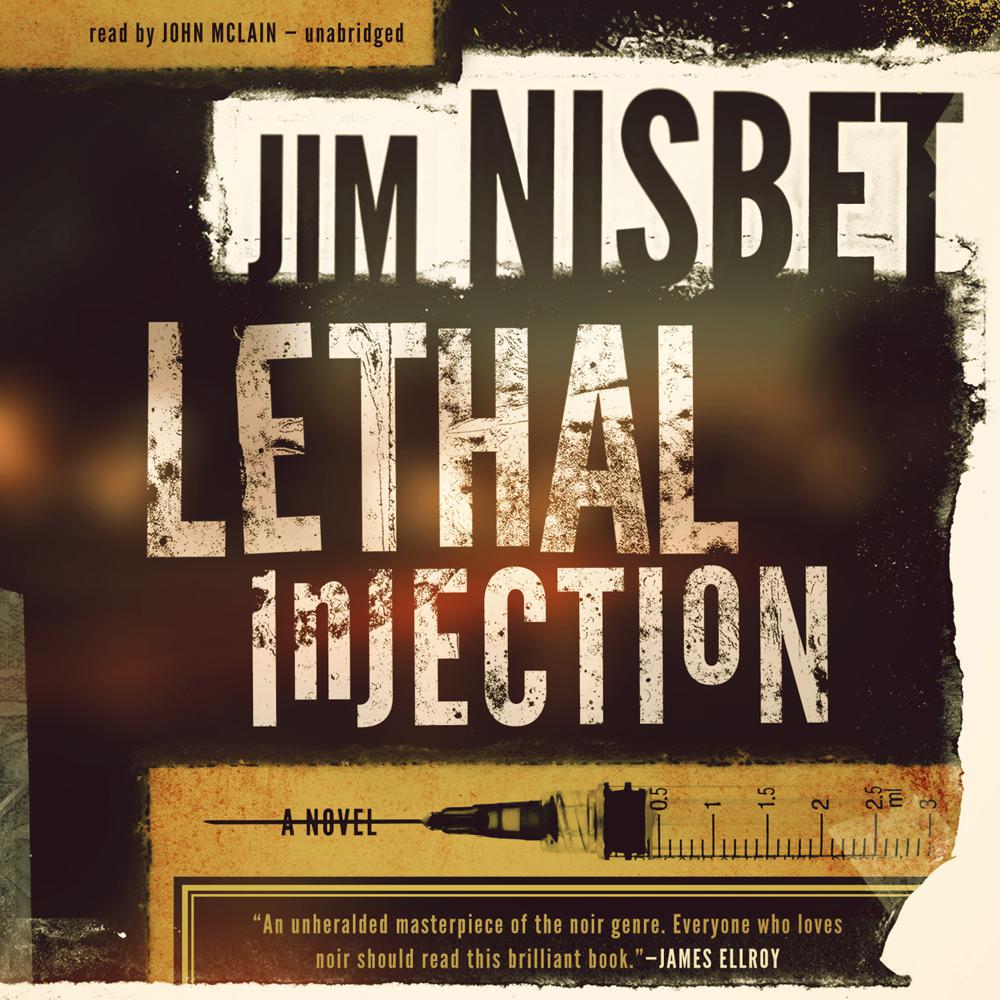 Jim Nisbet's cult classic Lethal Injection, one of the first Black Lizard Books originals, has been out of print in the United States for an unforgivably long time—but now it's back, and on audio.

It's about as noir as you can get. In a bleak Texas prison, Franklin Royce, an alcoholic doctor, is given the odious task of administering inmate Bobby Mencken's last "high." The young black man on the other end of the needle seems remarkably indifferent to his fate—but Royce is convinced that the convicted killer was innocent. When Royce's marriage crumbles, he takes off for Dallas to search for the real killer.

Of Nisbet, Germany's Die Welt wrote, "Neither Norman Mailer nor Truman Capote has in their writing been able to produce such an intensity as Nisbet has achieved." With sharp humor and a poet's ear for language, Nisbet has created a world that is assuredly bleak—but frighteningly real.

“Lethal Injection is an unheralded masterpiece of the noir genre. Everyone who loves noir should read this brilliant book.”

“A novel of rare ferocity... a veritable nightmare. A great and terrifying roman noir!”

“Jim Nisbet is a lot more than just good…Powerful, provocative…remains in the mind long after the novel is finished. Nisbet’s style has overtones of Walker Percy’s smooth southern satin, but his characters—losers, grifters, con men—hark back to the days of James M. Cain’s twisted images of morality.”

“About as noir as you can get.”