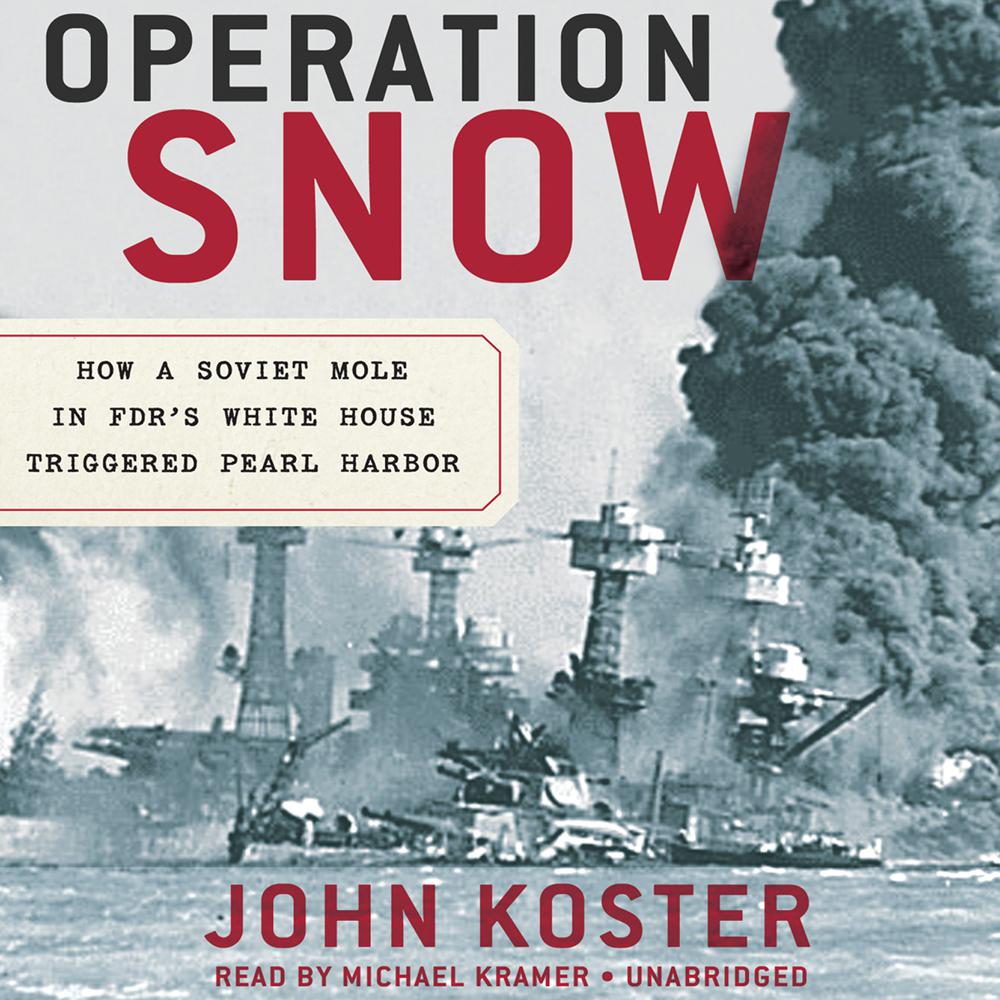 On December 7, 1941, the nation of Japan attacked Pearl Harbor and prompted the United States’ entry into the bloodiest war in human history. Americans have long debated the cause of the bombing; many have argued that the attack was a brilliant Japanese military coup or a failure of US intelligence agencies or even a conspiracy of the Roosevelt administration. But despite the attention historians have paid to the bombing of Pearl Harbor, the truth about that fateful day has remained a mystery—until now.

A thrilling account of espionage, mystery, and war, Operation Snow will forever change the way we think about Pearl Harbor and World War II.

“I found Operation Snow to be an irresistible page-turner. The attack exacted a terrible toll on both countries and changed the world forever. It is important to understand why that happened. Koster has made a significant contribution.”

“To paraphrase Cicero, a nation can survive its fools and even the ambitious, but, as a rule, it cannot survive treason from within, especially when the traitor—in this case Harry Dexter White—is allowed to lead the fools and the ambitious. The US survived. It’s a cautionary tale—the exception that proves the rule.”

“Fascinating and compulsively readable. What a book! The House Un-American Activities Committee transcripts are arresting in their exposure of White’s duplicity.”

“Since the November 1917 Bolshevik Revolution in Russia, communist regimes have killed at least one hundred million people. Now, thanks to John Koster, we must add American, Japanese, and other casualties of World War II in the Pacific to the already staggering number of victims of communism. Koster establishes beyond any doubt that on Stalin’s orders, Harry Dexter White subverted America’s national interests in the western Pacific and northeast Asia.”

“This book is important because Harry Dexter White was the most dangerous traitor in American history.”