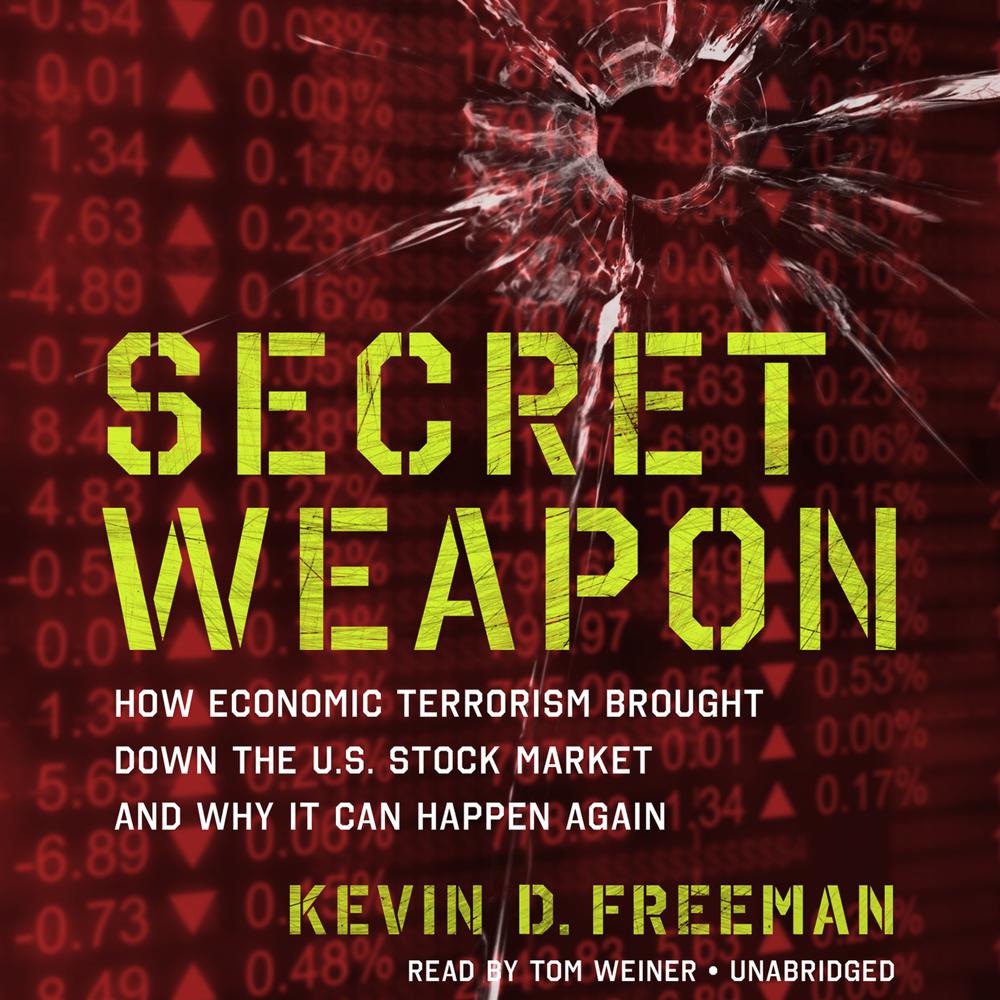 Who's really to blame for America's catastrophic financial meltdown and devastating national recession? Contrary to what the "Occupy Movement" might tell you, it's not greedy Wall Street executives. No, as one of America's top financial professionals reveals in this shocking book, the real culprit is economic warfare, with our foreign enemies exploiting our lurking financial weaknesses. In Secret Weapon, Kevin Freeman unveils how all the evidence—including motive, means, and opportunity—points to America's foreign enemies deliberately pushing our economy over the brink.

In this stunning expos├®, Freeman reveals:

In Secret Weapon you'll learn what our enemies know and what the Obama administration has chosen to ignore—that our financial system is profoundly vulnerable to financial terrorism and that we are being targeted for further and even more destructive attacks by our enemies, who want to cripple America's position as the world's leading economy. If you want to protect yourself and protect our country, then you need to read Secret Weapon to understand how we have entered a new age of warfare—an age our enemies want to make the Dark Ages of the United States.

“Freeman explains persuasively and clearly why we may be beginning the third act of a monetary and fiscal tragedy. You don’t care about dark pools, huge Middle-Eastern sovereign wealth funds, naked short selling, and bear runs? I’m afraid you will, and rather soon.”

“Every American needs to understand how our financial markets have been manipulated by people who want to destroy the nation and how they can do even greater damage in the future. This book is a critical read for everyone.”

“Kevin Freeman’s alarming proposition on economic warfare merits attention from those at the highest levels entrusted with our nation’s security. It is incumbent on the US intelligence and defense community, financial regulators, and those with advanced financial acumen to assess and address this modern security vulnerability. Warfare continues to evolve. As the United States remains vigilant against emerging threats, we must appreciate newfound challenges to longstanding assumptions about how our enemies could exploit our financial markets with potentially devastating consequences for our nation.”

“Kevin Freeman has done an exceptional job working with open source financial data. This is a superb effort to expose extreme vulnerabilities to our financial system. With today’s international markets in such a fragile and volatile state, Freeman’s work deserves serious reflection. To do so would cost little. To dismiss it outright might cost us everything.”