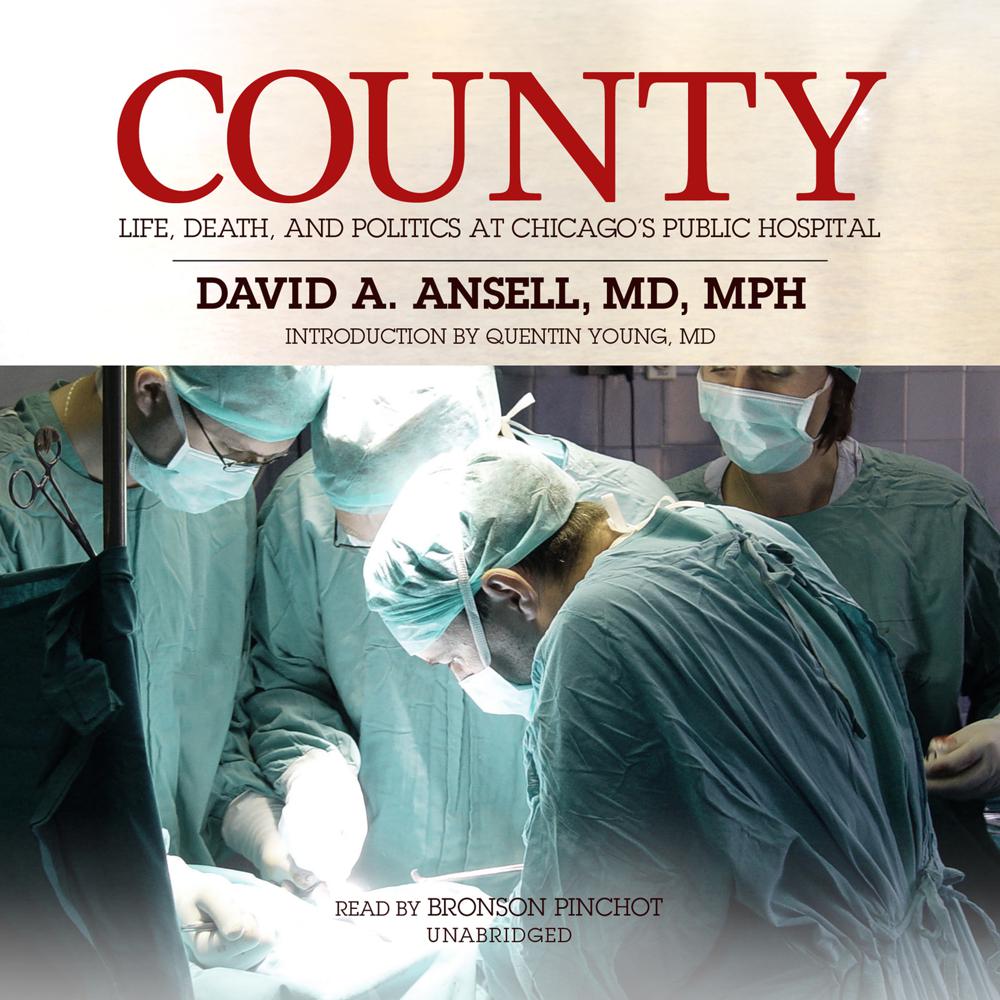 The amazing tale of “County” is the story of one of America’s oldest and most unusual urban hospitals. From its inception as a “poor house” dispensing free medical care to indigents, Chicago’s Cook County Hospital has been both a renowned teaching hospital and the health-care provider of last resort for the city’s uninsured. County covers more than thirty years of its history, from the late 1970s, when the author began his internship, to the “final rounds,” when the enormous, iconic Victorian hospital building was replaced and hundreds of former trainees gathered to bid it an emotional farewell.

Ansell writes of the hundreds of doctors who went through the rigorous training process with him, sharing his vision of saving the world and of resurrecting a hospital on the verge of closing. County is about people, from Ansell’s mentors, including the legendary social justice activist Quentin Young, to the multitude of patients he and County’s medical staff labored to diagnose and heal. It is a story about politics, from contentious union strikes to battles against “patient dumping,” and about public health, depicting the AIDS crisis and the opening of County’s HIV/AIDS clinic, the first in the city.

Finally, it is about a young man’s medical education in urban America, a coming-of-age story set against a backdrop of race, segregation, and poverty.

“When it comes to the stories of his patients, many of whom he cared for over decades, from clinic to hospital to funeral, Dr. Ansell soars…We cannot have too many of these stories in circulation, to bear witness, to inform and to inspire.”

“Heartbreaking and important…County is written with a kind of lilting rage. Not the dark, destructive kind of rage that hurls rocks and obscenities at anything in its path but an uplifting and creative rage. A rage that says, ‘We can do better than this.’ A rage that steadily pushes its way toward hope…County is a landmark book, brave and angry and indispensable.”

“With the nation’s focus on a national health-care policy providing quality medical services to citizens regardless of race, ethnicity, and income level, Ansell’s exposé will shock and motivate readers to take a stand on the issue.”

“Nothing fazes narrator Bronson Pinchot…his delivery is spot-on…By the end, the listener is pulling for Ansell, with Pinchot’s voice guiding the way.”

“Ansell…weaves strands of memoir and policy analysis into a heartfelt account of the hospital’s challenges, failures, and successes over three decades, from the civil rights movement to the AIDS crisis, in the process educating and moving the reader to both anger and compassion. His gift for describing the connections between social forces and medical care, coupled with the vivid patient stories interspersed with trenchant critiques of the politics of health care, makes this work stand out. Ansell skillfully humanizes questions of health-care policy by describing real-life scenarios. Those who enjoyed such books as Richard Selzer’s Letters to a Young Doctor will find this book an education for both the mind and the heart.”

“Ansell, a leading physician, ably describes what it was like to work at the nation’s oldest and largest public hospital…Ultimately, Ansell uses his memoir-like account of life at Cook County Hospital to argue for health-care reform so that all Americans can get equal care.”