To Jerusalem and Back
Saul Bellow 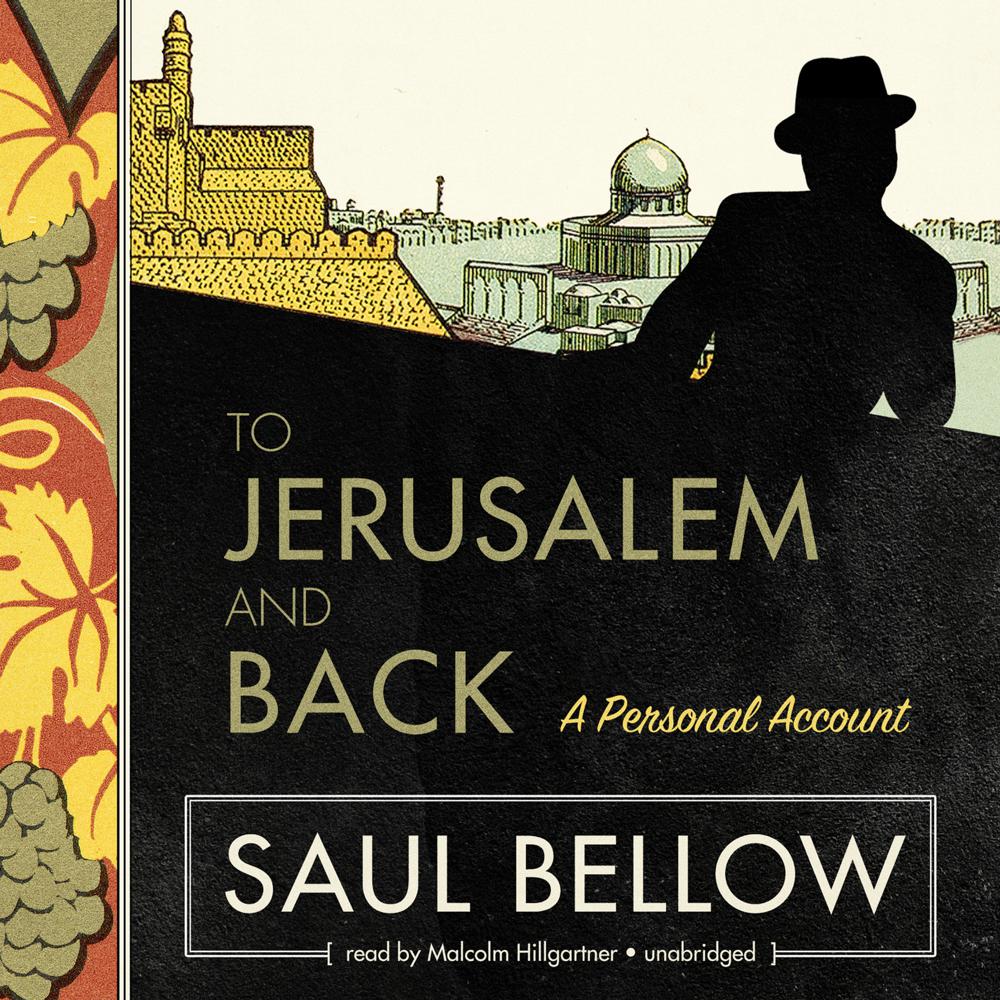 This extraordinary book is the result of Saul Bellow’s sojourn in Israel in 1975. A personal record of his stay—his experiences and impressions—as well as a meditation, it crackles with wit and controversy on America’s relationship with this embattled country.

Using quick sketches and vignettes, Bellow captures the personal opinions, passions, and dreams of several Israelis, and he also adds to these his own reflections on being Jewish in the twentieth century. The varying viewpoints of those he encounters and interviews offer a revealing look at the history and challenges of Israel, and Bellow’s passionate storytelling draws listeners in to share in his experience.

“An impassioned and thoughtful book...Bellow delights in the liveliness, the gallantry of Israeli life—people on the edge of history, an inch from disaster, yet brimming with argument and words.”

“Essentially a plea for a greater understanding of the state of Israel by one of its most articulate admirers.”

“Steeped in the skepticisms of Chicago but still responsive to the war-cries of ideology, Bellow proves a keen listener. Like every other visitor to Israel, he soon tumbles into ‘a gale of conversion.’ He loves it—it makes him feel at home.”

“Bellow goes to Israel in 1975—not to see the sights, but to talk, listen, and learn—and returns drenched in issues…Bellow is overwhelmed—and occasionally rendered naïve or tedious—by the seriousness of what you discover ‘when you leave your desk and enter life.’”