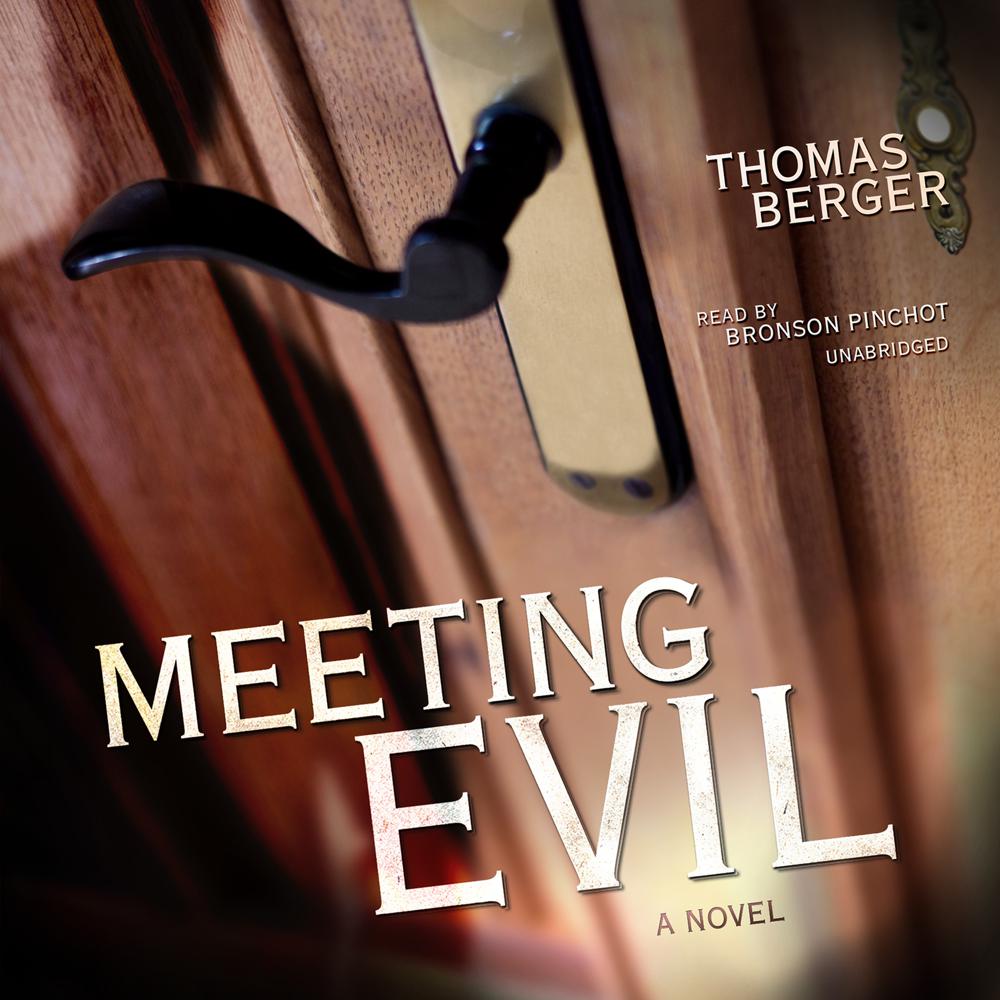 Meeting Evil tells an adrenaline-pumped, genuinely frightening tale of malevolence that swerves swiftly and irrevocably to a catastrophic climax.

John Felton meets evil late one Monday morning when the doorbell rings. Standing on the front porch is a stranger. He wears expensive running shoes and a baseball cap and calls himself Richie. He tells John his car has stalled and asks for help. An altercation at the gas station leads to a shocking crime as violence begets violence. At the end of this harrowing day, John returns home to find Richie ensconced in his living room, chatting up his wife. The evil has somehow seeped into his life. Thus begins the transformation of an unremarkable husband and father of two into a desperate man willing to go to any length to protect his family from the darkness that threatens them.

This is an extraordinary masterpiece and a chilling portrait of mounting menace played out against an everyday world of domestic routine, personified in a protagonist of basic decency grappling with both the immediate and existential meaning of true evil.

“A brilliant and troubling book…Thomas Berger is the laureate of the ludicrous tragedy.”

“A seemingly random act of kindness plunges stressed-out real estate agent John Felton into the twisted world of a recently released psychopath. In the tradition of the best movies of Hitchcock, Berger forces his ‘everyman’ into an impossible moral situation and ratchets up the anxiety to an unbearable level. Narrator Bronson Pinchot masterfully aids and abets Berger’s ever-tightening noose of tension by adding a creepy sycophantic tone to the madman’s voice…Pinchot powers up the narrative in the second half, changing tempo and tone as the story moves to its chilling ending.”

“This is a precisely rendered, excruciatingly suspenseful tale of psychological duality.”