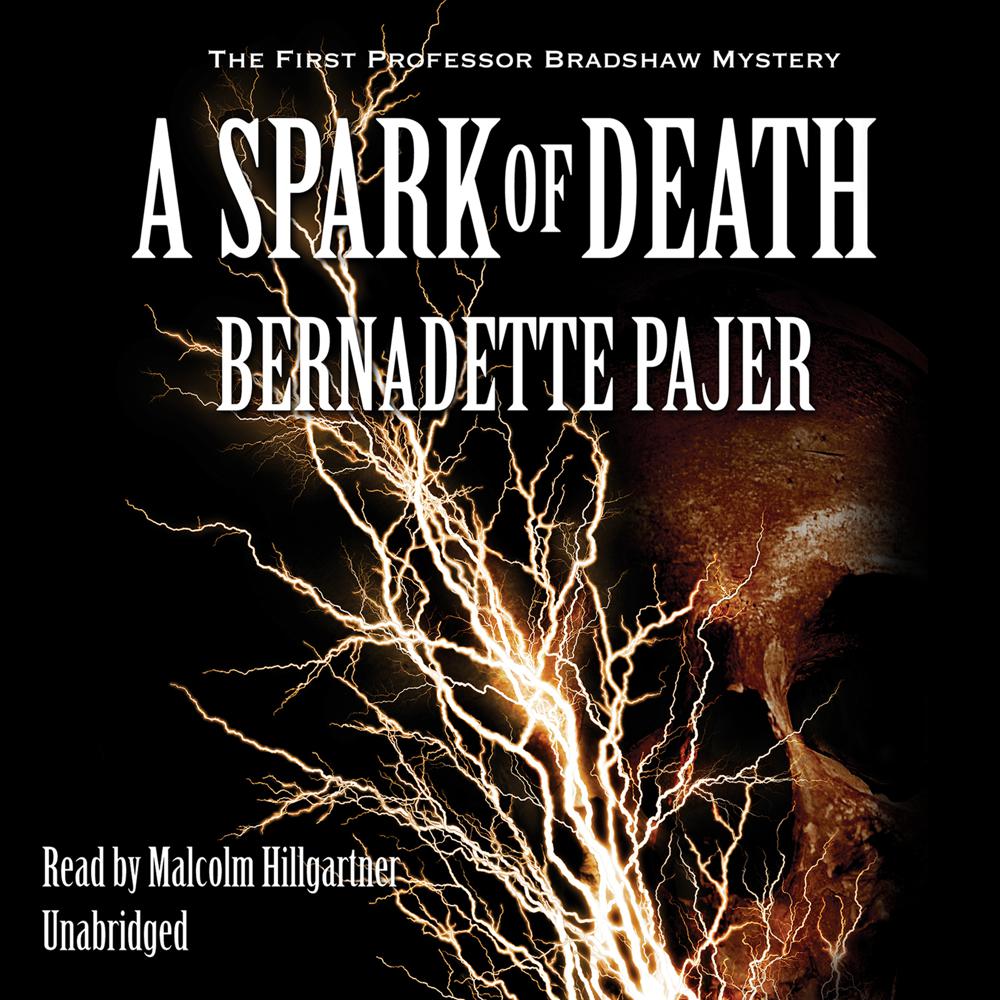 When University of Washington Professor Benjamin Bradshaw discovers the dead body of a despised colleague inside the Faraday cage of the electric machine, his carefully controlled world shatters.

The facts don’t add up. The police shout murder—and Bradshaw is the lone suspect. To protect his young son and clear his name, he must find the killer.

Seattle in 1901 is a bustling blend of frontier attitude and cosmopolitan swagger. The Snoqualmie Falls Power Plant lights the city, but to most Seattleites, electricity is newfangled and dangerous. The public wants a culprit—they want Bradshaw behind bars.

His life and liberty threatened, Bradshaw discovers the thrill of investigation as he’s thrust deeper into the hunt. But questions abound. How had the electric machine’s Tesla coil delivered a fatal shock? Was the murder personal, or was it connected to President McKinley’s planned visit? Were students involved, or were they in danger? And why had Bradshaw’s best friend, Henry, fled to Alaska on the day of the murder?

Danger and death lurk everywhere—disguised as accidents. Then Henry’s niece, Missouri, appears on Bradshaw’s porch in need of a home. Her unorthodox views and femininity confuse and intrigue him, and he feels a spark of love while yet struggling to protect his own haunting secret. Has Bradshaw begun to feel alive again only to lose all he holds dear? Before it’s too late, he must discover the circuit path that led to a spark of death.

“A Spark of Death crackles with mystery, romance, and expert, evocative explanation of electricity at the dawn of the twentieth century in vibrant frontier Seattle. Bernadette Pajer’s splendid debut promises dogged professor Benjamin Bradshaw will be solving crimes in many books to come.”

“In A Spark of Death, Bernadette Pajer backs up great storytelling with thorough research to deliver a gripping tale of intrigue, wonder, and mystery. A shockingly good read!”

“Set in 1901 Seattle, Pajer’s deft, highly entertaining debut introduces calm, relentlessly logical Benjamin Bradshaw, an electrical engineering professor at the University of Washington…Bradshaw’s intuitive powers go into high gear when an attempt is made on his own life, now sweeter since he has fallen in love. Readers will look forward to seeing more of this quaintly charming and idiosyncratic sleuth.”

“With plenty of historical details and an eclectic cast of characters, plus a well-constructed plot and terrific pacing, this engaging first novel should be recommended to all fans of historical mysteries.”

“Pajer’s series kickoff presents a good mystery, a clever detective, and a fascinating look at the early days of electrical power.”