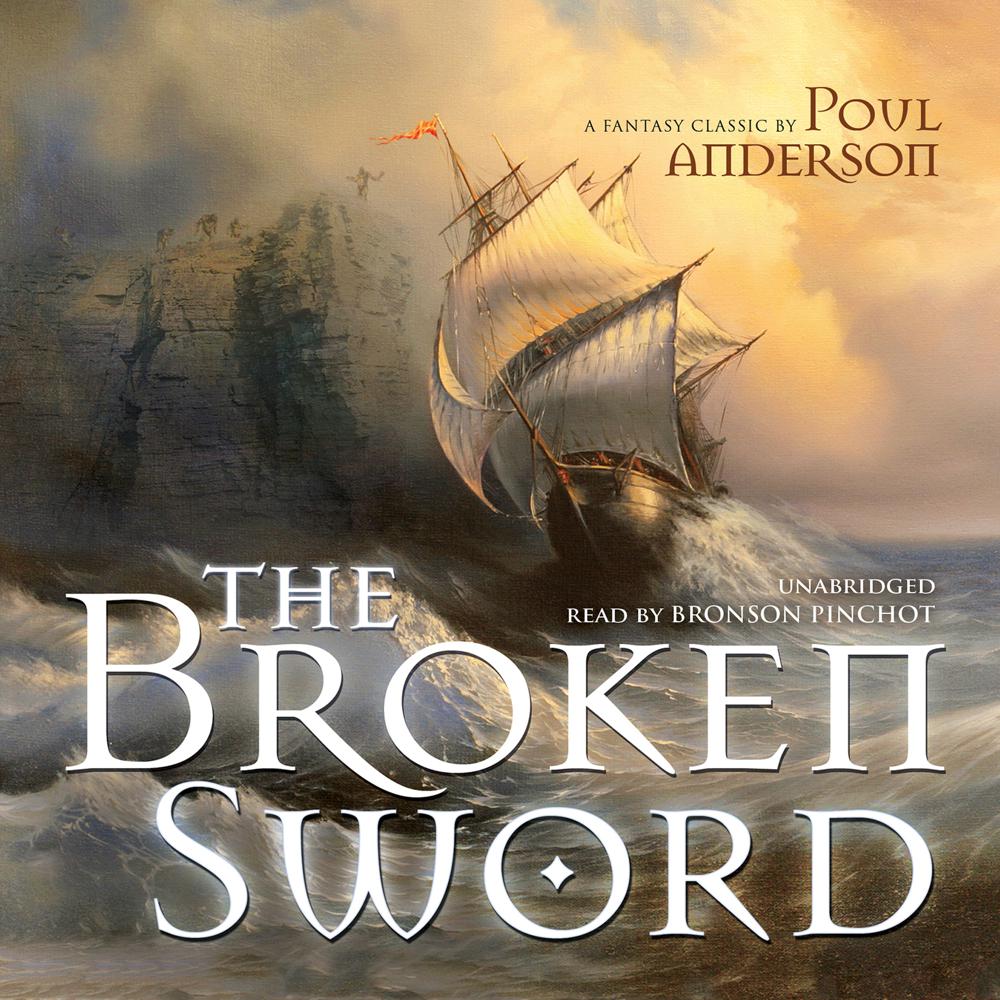 This classic fantasy takes listeners to a world similar to that of J. R. R. Tolkien'sLord of the Rings.

Thor has broken the sword Tyrfing so that it cannot strike at the roots of Yggdrasil, the tree that binds together earth, heaven, and hell. But now the mighty sword is needed again to save the elves in their war against the trolls, and only Skafloc, a human child kidnapped and raised by the elves, can hope to persuade Bölverk the ice-giant to make Tyrfing whole again. But things are never easy, and along the way Skafloc must also confront his shadow self, Valgard the changeling, who has taken his place in the world of men.

A superb dark fantasy of the highest, and most Norse, order The Broken Sword is a fantasy masterpiece.

“Poul Anderson’s classic fantasy, The Broken Sword, knocks The Fellowship of the Ring into a cocked hat.”

“This book is a stunner, and a must for every fantasy lover.”

“One of the most influential fantasy novels I’ve ever read.”

“Anderson taps the authentic vein of Norse myth, but, like Tolkien, recreates it in his own unique style.”