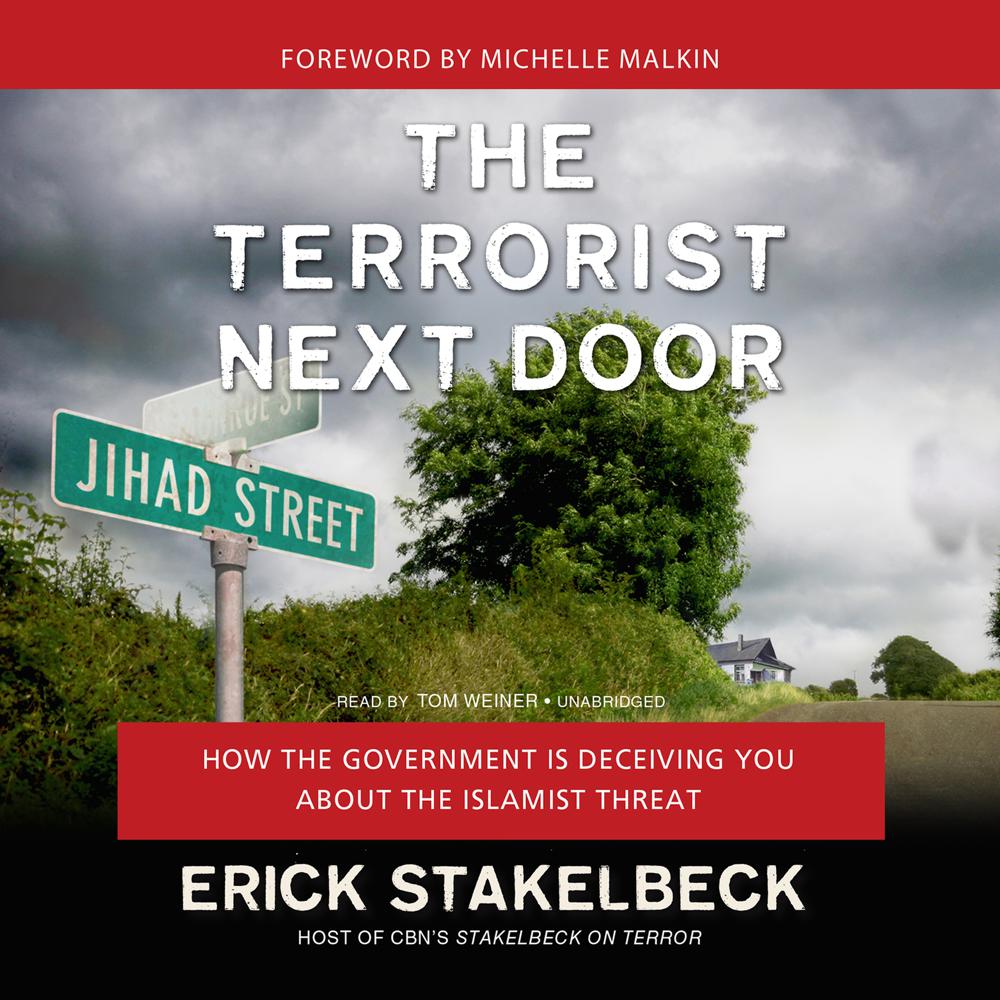 The threat of terrorism in America, the Obama administration assures us, is contained and controlled. Attempted attacks like the Times Square bombing, the "underwear bombing" on a flight over Detroit, and the attack on a Christmas-tree-lighting ceremony in Oregon were all isolated plots that failed. In the words of Homeland Security secretary Janet Napolitano, "The system worked."

Don't believe it. In The Terrorist Next Door, investigative reporter Erick Stakelbeck exposes the staggering truth about our national security: the Obama administration is concealing and whitewashing the enormous terrorist threat growing right here within America's borders.

If you believe terrorism is only a problem for other countries, Stakelbeck's on-the-ground reporting will open your eyes. He has been inside America's radical mosques, visited US-based Islamic enclaves, and learned about our enemies by going straight to the source—interviewing al-Qaeda–linked terrorists themselves. In this shocking book, Stakelbeck reveals:

The Terrorist Next Door sounds the alarm on a growing threat to every American—one that the US government refuses to face honestly or even to name. As we struggle against a relentless and adaptable Islamist enemy that is committed to destroying our nation, we can't say we weren't warned.

“You are holding in your hands the unvarnished, invaluable reporting that the rest of the ‘mainstream media’ can’t or won’t do. My friend Erick has traveled the world to interview terrorists who are plotting the establishment of a global Islamic caliphate—and who have succeeded in Islamicizing large swaths of Europe. He has investigated fifth-column organizations on our soil that pledge allegiance not to our Republic, but to Sharia law. In The Terrorist Next Door, he also blows the whistle on how the same reckless, open-borders policies I exposed in Invasion nine years ago continue to aid and abet jihadi sympathizers from Somalia and elsewhere.”

“Erick Stakelbeck knows what makes radical Islamic terrorists tick. He knows what motivates them, how they plot, plan, and operate, and how they infiltrate our society to threaten our nation. Every American who cares about tomorrow needs to read The Terrorist Next Door now.”

“In The Terrorist Next Door, Erick Stakelbeck has done a great job of capturing the essence of today’s threat to our liberties from the followers of authoritative Islam. His experience and research make this a very important book for every American at a critical time in our history.”

“The Terrorist Next Door could not be more timely. As the US Congress, tasked by the American public, is attempting to identify the threat of jihadi penetration of the country, Erick Stakelbeck produces the ultimate reader on how jihadist enclaves are expanding inside the United States. The author uses his exclusive on-the-ground experiences as a correspondent in the US and Europe to dish out the hard facts about the Islamists’ ideology and their infiltration of the very heartland of America. A must-read.”