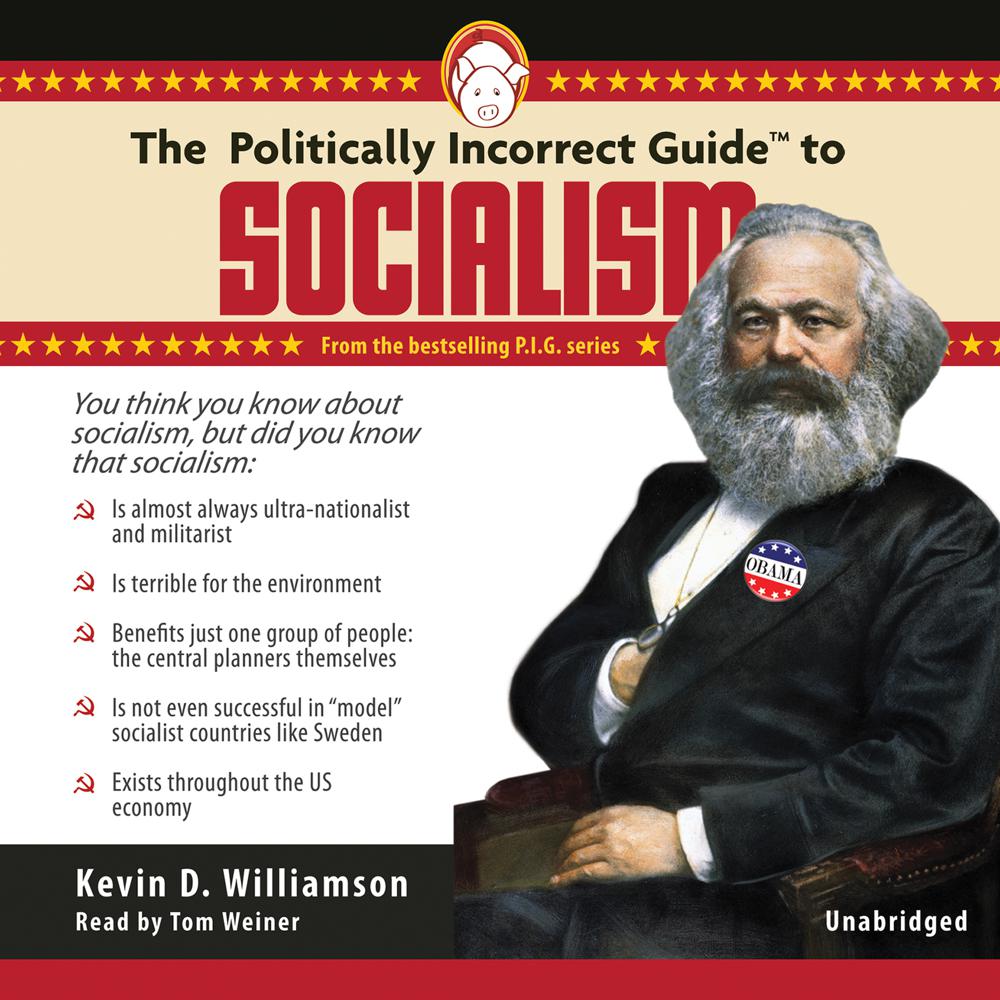 Liberals scoff when conservatives denounce Obama and his policies as socialist. After all, they argue, Obama isn’t Stalin and America is nothing like the Soviet Union. But socialism doesn’t always resemble the Berlin Wall or the Iron Curtain, as National Review editor Kevin Williamson proves in The Politically Incorrect Guide to Socialism. In this new PI Guide, Williamson reveals the truth: despite what the liberal politicians and leftist pundits would have you believe, the policies coming out of Washington today are nothing more than socialism disguised as equality and justice for all. Tracing socialism back to its roots, Williamson defines this misunderstood ideology, explains the different forms socialism takes on, and shows how it is thriving right here in the United States in the form of “Obamacare,” financial regulations, and more. Offering conservatives the political and rhetorical ammunition they need to combat the liberal lies about one of the most misunderstood ideologies in modern history, The Politically Incorrect Guide to Socialism reveals why everything socialism purports to do, the free market does better.

“In The Politically Incorrect Guide to Socialism, Kevin Williamson cuts through the confusion about socialism, providing long overdue clarity and precision. In the process he exposes the insidious nature of the ideology, including its various American forms, and he drives a stake through the heart of today’s apologetics for this menace. The book is scholarly, informative, and absolutely fascinating.”

“It’s been said that socialism would only work in Heaven—where it’s not needed—and in Hell—where they’ve already got it. With the cool detachment of an exorcist, Kevin Williamson methodically demolishes the allegedly angelic good intentions behind socialism to reveal the demonic consequences of its implementation.”

“Kevin Williamson puts his finger on what makes government planners’ dreams of running our lives not only ineffective, but dangerous: they don’t know half as much as they think they do. Exploring the socialists’ philosophy in their own words, Williamson shows why the problem with socialism isn’t just that it hurts the economy, but that it undermines all the institutions that allow a free society to function—and that is why it can’t  coexist with liberty.”

“Kevin Williamson takes a look at socialism in all its forms, and he uncovers some facts that might make even would-be socialists wince: socialism isn’t just bad for business, but bad for the poor, bad for the environment, and bad for your health. If you want to understand the deeper ideological forces at work in our politics today, The Politically Incorrect Guide to Socialism is a good place to start.”