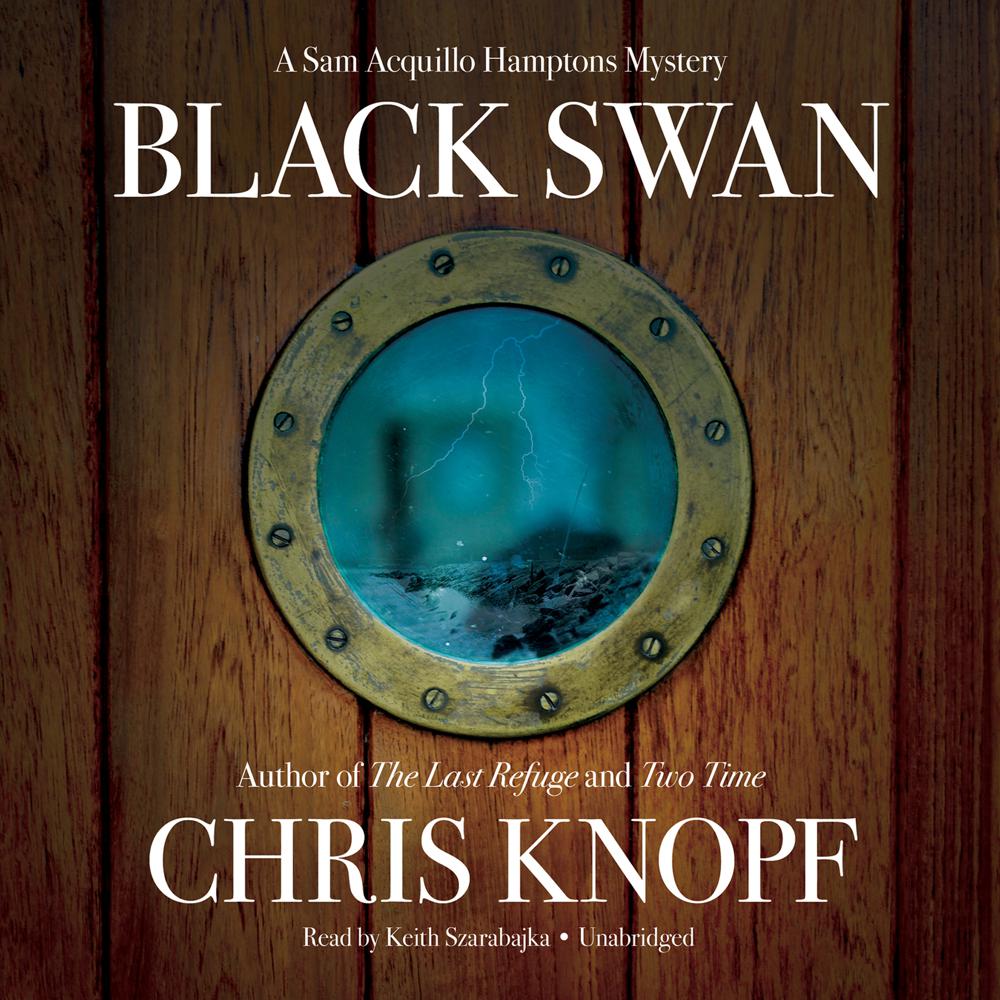 Sailing back from Maine, Sam Acquillo, his girlfriend, Amanda Anselma, and screwball mutt Eddie Van Halen get blown off course by a dangerous gale. With damaged boat and frayed nerves, they limp into the closest harbor, which happens to be on Fishers Island, New York, a distant and altogether disassociated scrap of Long Island.

A summer preserve for the oldest old money in America, it is defended by year-round denizens who safeguard their island’s insularity with xenophobic fervor. Sam and Amanda are hardly welcomed with open arms, unless they’re the arms of the young and beautiful Anika Fey, daughter of the owner of the Black Swan, the island’s only hotel, who’s only too eager to fold Sam into her embrace.

But feminine wiles aren’t the only hazard faced by Sam and Amanda. They’re soon swept up in big-money intrigue, dark conspiracy, brutality, murder, and the machinations of high-tech millionaires, to say nothing of the autumn storms that lash the island with wind and wave.

In the years since losing everything, Sam has fought his way back to an existence that even he believes is worth preserving. And now, bad timing and a broken rudder could result in the greatest loss of all—his life.

“When was the last time you fell in love with a murder mystery hero—and his dog—and didn’t want the novel to end because the narrative was so good?…And if you do know Chris Knopf’s four previous Sam Acquillo Hamptons Mysteries, two of which were finalists for the Connecticut Book Award, you’re still in for a treat with his latest, Black Swan.”

“The vivid descriptions of an angry sea and the monster storm that strikes the island fairly dwarf the human threats facing Sam and Amanda.”

“Features two really fine set pieces—the initial storm at sea and a devastating hurricane—in which the reader can feel the sting of salt spray. A must for boat-loving crime-fiction fans.”