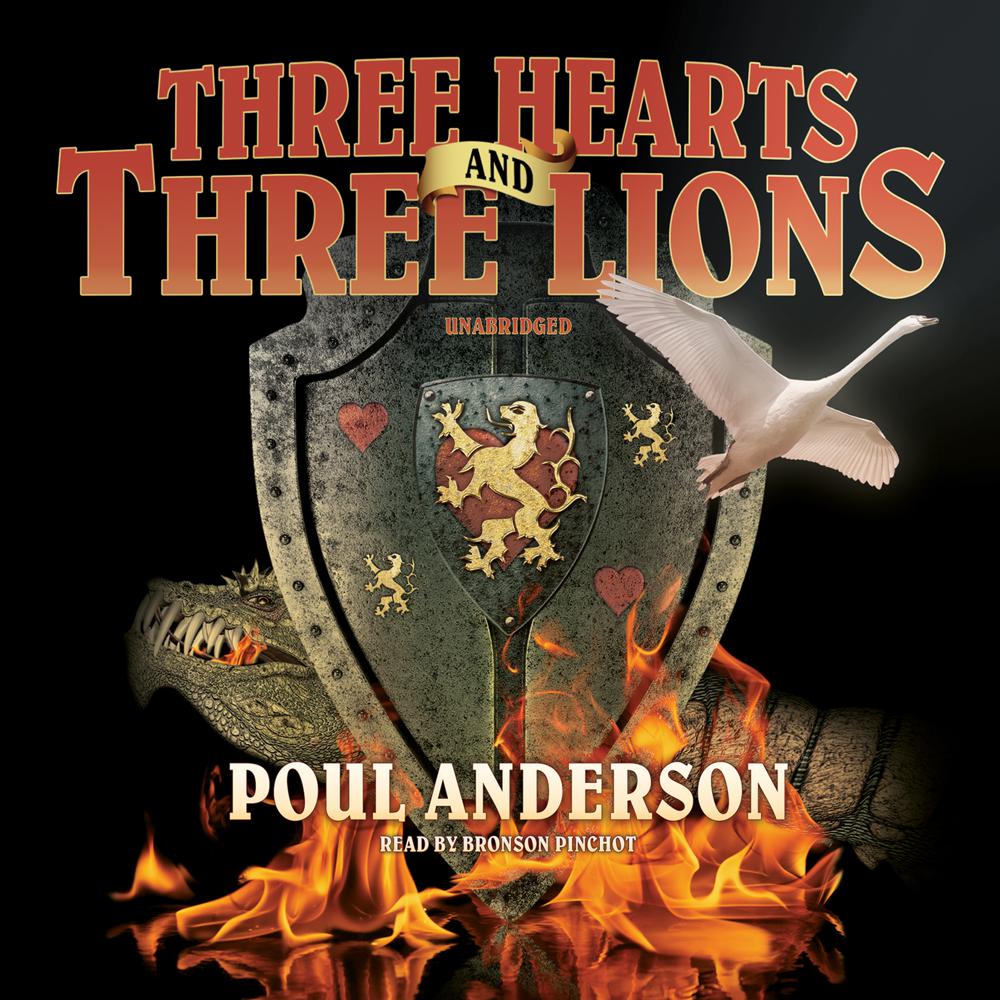 The gathering forces of the Dark Powers threaten the world of man. The legions of Faery, aided by trolls, demons, and the Wild Hunt itself, are poised to overthrow the Realms of Light. Holger Carlsen, a bemused and puzzled twentieth-century man mysteriously snatched out of time, finds himself the key figure in the conflict. Arrayed against him are the dragons, giants, and elfin warriors of the armies of Chaos and the beautiful sorceress Morgan le Fay. On his side are a vague prophecy, a quarrelsome dwarf, and a beautiful woman who can turn herself into a swan, not to mention Papillon, the magnificent battle horse, and a full set of perfectly fitting armor, both of which were waiting for him when he entered the magical realm. The shield bears three hearts and three lions—the only clue to Holger Carlsen’s true identity. Could Carlsen really be a legendary hero, the only man who can save the world?

“Count it a dream—a fantasy—a parable. In the hands of a T. H. White it might have turned into a Once And Future King. With Poul Anderson as mentor, it becomes something of a reverse side of the science fiction shield with more than a cloak of mystery.”