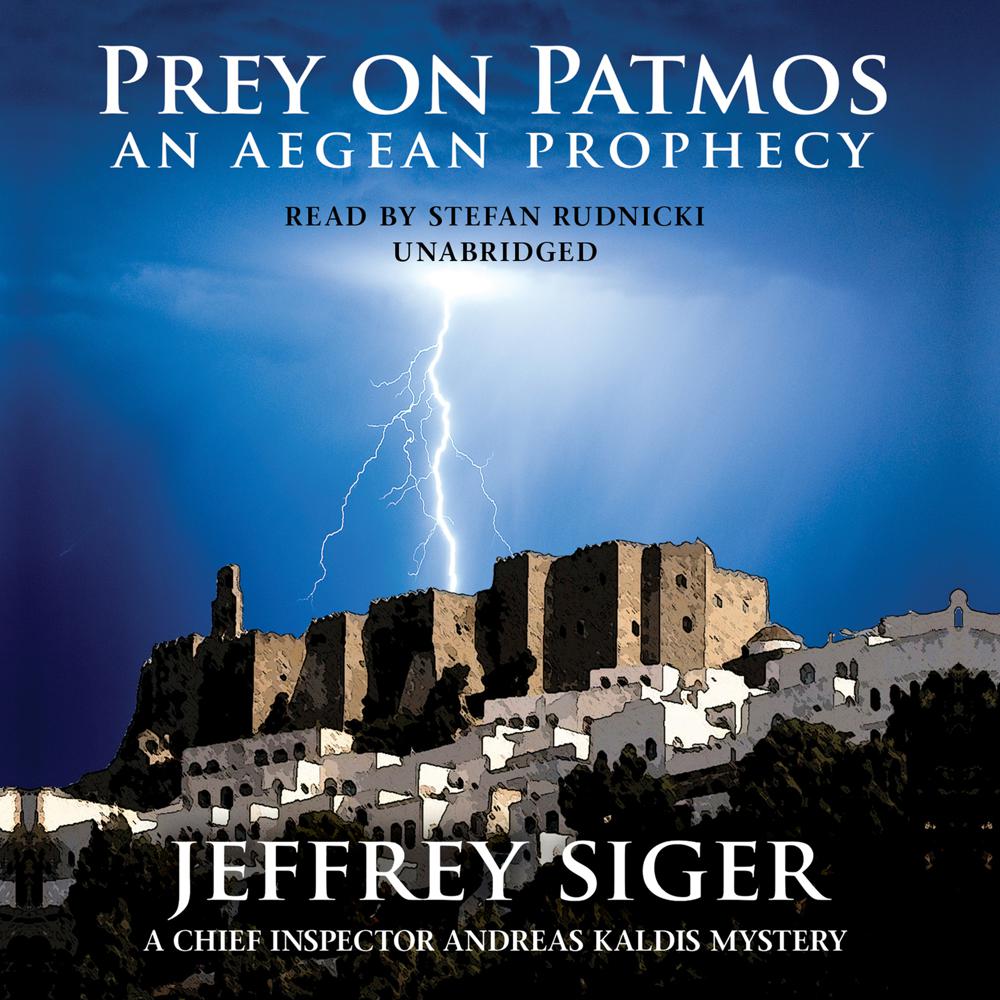 Saint John wrote the apocalyptic Book of Revelation over 1,900 years ago in a cave on Greece’s eastern Aegean island of Patmos. But now there has been a murder. A revered monk from that holy island’s thousand-year-old monastery is murdered in Patmos’ town square during Easter week. Called in on the matter is Chief Inspector Andreas Kaldis of Greece’s Special Crimes Division. Kaldis must find the killer before all hell breaks loose—in a manner of speaking.

Kaldis’ impolitic search for answers brings him face-to-face with a scandal haunting the world’s oldest surviving monastic community. On the pristine Aegean peninsula of Mount Athos, isolated from the rest of humanity, twenty monasteries sit protecting the secrets of Byzantium amid a way of life virtually unchanged for more than 1,500 years. But today this sacred refuge harbors modern international intrigues that threaten to destroy the very heart of the Church—in a matter of days.

“Page turning suspense...Siger’s murder mysteries have all the requirements of a beachside bestseller. Their comments on Greek daily life also make them precious pop culture diamonds...Siger has a keen eye...for today’s Greece...pithy, spot-on descriptions of the modern Greek landscape...prophetic.”

“Using the Greek Orthodox Church as the linchpin for his story, Siger proves that Greece is fertile new ground for the mystery genre. Sure to appeal to fans of mysteries with exotic locations.”

“Exciting...very gifted American author...on a par with other American authors such as Joseph Wambaugh or Ed McBain. I look forward eagerly to reading his next one.”

“Recommended to all mystery fans interested in international crime.”