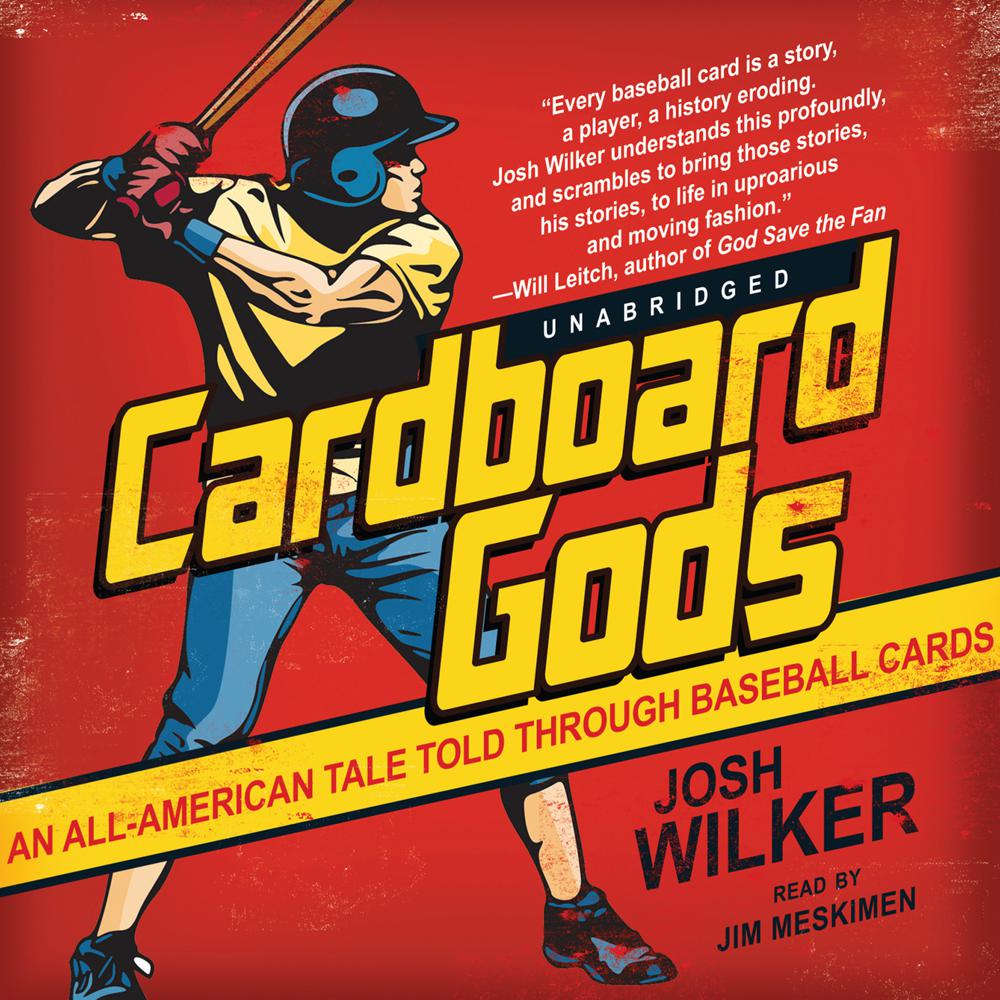 Cardboard Gods is the memoir of Josh Wilker, a brilliant writer who has marked the stages of his life through the baseball cards he collected as a child. It also captures the experience of growing up obsessed with baseball cards and explores what it means to be a fan of the game. Along the way, as we get to know Josh, his family, and his friends, we also get Josh's classic observations about the central artifacts from his life—the baseball cards themselves.

Josh writes about an imagined correspondence with his favorite player, Carl Yastrzemski; he uses the magical bubble-blowing powers of journeyman Kurt Bevacqua to shed light on the weakening of the powerful childhood bond with his older brother; he considers the doomed utopian back-to-the-land dreams of his hippie parents against the backdrop of inimitable 1970s baseball figures such as pinch runner Herb Washington and Mark "The Bird" Fidrych. Cardboard Gods is more than just the story of a man who can't let go of his past, it's proof that—to paraphrase Jim Bouton—as children we grow up holding baseball cards, but that in the end, we realize it's really the other way around.

“Cardboard Gods is more than just a book. It is something that I lived and live still. I was the older brother. I live on Route 14 like Josh once did. My two sons were those boys in the picture, VW bus and all. Cardboard Gods awakened feelings in me that I have long suppressed. It is a growth book, like Catcher in the Rye. People, especially people who love baseball, will carry this book with them everywhere.”

“Josh Wilker writes as beautifully about baseball and life as anyone ever has.”

“Using the unlikely device of his childhood collection of baseball cards as a series of metaphors, Josh Wilker recounts his life growing up in a changing America. Narrator Jim Meskimen lends a likable credibility to the story, which began as a blog on the joys of baseball and its players. Wilker particularly delights in talking about little-known facts relating to lesser-known players from the 1970s and 1980s. The skillful part comes when he blends the world of baseball cards with his own successes and failures in coming-of-age, including his growing estrangement from his family. Meskimen’s breezy, conversational style makes listeners feel Wilker’s enthusiasms—from the heady delights of opening up a new packet of baseball cards in childhood to the delightful memories associated with them decades later.”

“Josh Wilker’s Cardboard Gods is a poignant and vivid account…This is a story of brotherly love, survival of the also-ran, and the hope that quickens a kid’s heartbeat each time he rips open a fresh pack of baseball cards, gets a whiff of bubble gum, and, holding his breath, sees who he’s got as opposed to who and what he needs. If you love the writing of Dave Eggers or Augusten Burroughs, you just may love Josh Wilker’s Cardboard Gods, too. I did.”

“A warm, rich, and funny recollection of one American boyhood as viewed through the unimpeachable prism of baseball cards. Literate, nostalgic and sneaky fast.”

“Every baseball card is a story, a player, a history eroding. Josh Wilker understands this profoundly, and scrambles to bring those stories, his stories, to life in uproarious and moving fashion. Just don’t put this book in your bike spokes.”

“Josh Wilker has pulled off as nifty a double play as Tinkers-Evers-and-Chance ever executed in Cardboard Gods, reimagining the baseball cards of his youth and effortlessly turning them into a lamp to shine on his own memories in this fascinating read.”