What Is Left the Daughter
Howard Norman 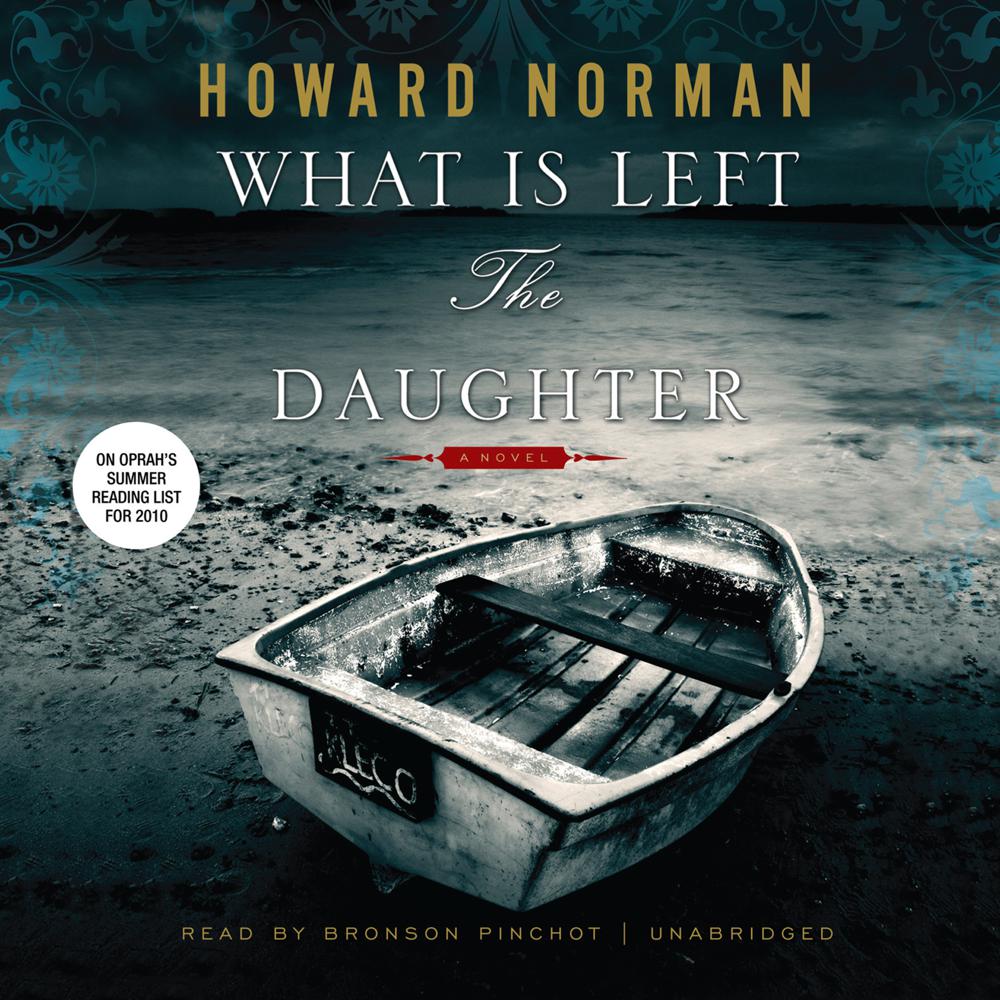 Howard Norman, widely regarded as one of this country’s finest novelists, returns to the mesmerizing fictional terrain of his major books—The Bird Artist, The Museum Guard, and The Haunting of L—in this erotically charged and morally complex story.

Seventeen-year-old Wyatt Hillyer is suddenly orphaned when his parents, within hours of each other, jump off two different bridges—the result of their separate involvements with the same compelling neighbor, a Halifax switchboard operator and aspiring actress. The suicides cause Wyatt to move to small-town Middle Economy to live with his uncle, aunt, and ravishing cousin Tilda.

Setting in motion the novel’s chain of life-altering passions, and the wartime perfidy at its core, is the arrival of German student Hans Mohring, carrying only a satchel. Actual historical incidents—including a German U-boat’s sinking of the Nova Scotia–Newfoundland ferry Caribou, on which Aunt Constance Hillyer might or might not be traveling—lend intense narrative power to Norman’s uncannily layered story.

Wyatt’s account of the astonishing events leading up to his fathering of a beloved daughter spills out twenty-one years later. It’s a confession that speaks profoundly of the mysteries of human character in wartime and is directed, with both despair and hope, to an audience of one. An utterly stirring novel, this is Howard Norman at his celebrated best.

“[What Is Left the Daughter] starts off with a bang—or, rather, a splash…Howard Norman is a gentle, deliberate writer, and his humor is smart and dry [in this] novel about the illogic of love and the violent chaos it leaves in its wake.”

“[An] intricately beautiful story about love, jealousy, war, prejudice, survival, and a library.”

“There is an archaic simplicity and precision, a narrow tonal register, to Norman’s prose. English is not usually written this way; it certainly is not spoken this way. Yet in Norman’s deft handling, the poetry of prose, although highly stylized, is exploited to full effect.”

“Spellbinding…Norman renders wartime Nova Scotia so vividly, the salty damp seems to seep into your bones.”

“The latest from master of precision Howard Norman is again set in the gray majesty of Nova Scotia…In What Is Left the Daughter, Norman writes with spare elegance and dry humor, and the extraordinary emotional power of his slim new novel is earned with authentic grace.”

“An expertly crafted tale of love during wartime…Norman’s writing is effortless, and his plot is grand in scope but studded with moments of tenderness and intimacy that help crystallize the anxiety and weariness of life on the home front. That Norman is able to achieve so much in 250 pages is a testament to his mastery of the craft.”

“Bronson Pinchot bestows his performance of love and loss with an emotional yet guileless appeal. He believably produces German, Irish, and Canadian accents while also remaining true to Wyatt’s clear voice and naïve character. Beautifully performed with subtle grace, this distinctive interpretation of historical events unfolds a poignant wartime confession of despair and hope.”

“Norman…scores again with this gripping account of a family ripped apart by obsession and murder…Norman has developed this brave, emotionally reticent man with great delicacy. It is extraordinary that a story which carries such a weight of sorrow is never depressing, but Norman the master craftsman pulls it off.”