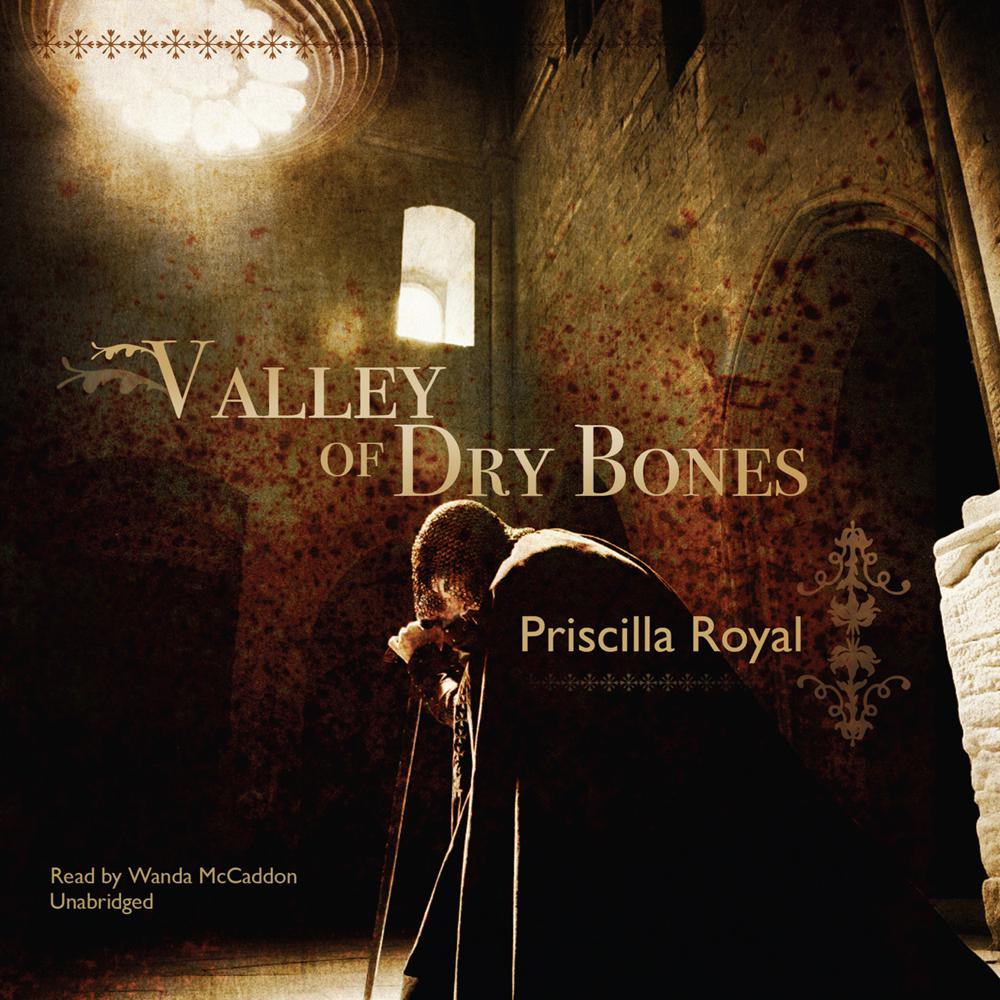 In the late summer of 1274, King Edward has finally been anointed England’s ruler, and his queen contemplates a pilgrimage in gratitude for their safe return from Outremer, a journey that will include a stay at Tyndal Priory. Envoys are sent to confirm that everything will be suitable for the king’s wife, and Prioress Eleanor nervously awaits them, knowing that regal visits bring along expense and honor. The cost is higher than expected, however, when Death arrives as the emissary. One of the courtiers is murdered near the hut where Brother Thomas now lives as a hermit. Each member of the party has reason to hate the dead man, including Crowner Ralf’s eldest brother, Sir Fulke, and the prioress’ nemesis, the man in black. Soon Eleanor is embroiled in the dangerous world of power games, both secular and religious. Indeed, England’s future under a new king may offer hope and relief, but skeletons from the past can come back to life like those in the biblical valley of dry bones. Which had cause enough to kill?

“It wouldn’t be a religious pilgrimage without a murder—at least not in one of Royal’s authentically wrought medieval mysteries…What makes this series—this is the seventh entry—tick are the recurring subplots involving Eleanor, Thomas, and Ralf that run through all the narratives, binding the characters and their intimate stories together into an intriguing subtext.”

“Wanda McCaddon’s vocal range and accent are as broad and rich as the list of titles she has narrated. Her experience and skill are equally evident in this presentation of book seven in Priscilla Royal’s Medieval Mysteries series. McCaddon’s delivery of period dialogue, full of the stilted phrasing and earthy terminology typical of that age, is particularly strong. Her nuances of tone and volume provide clear character differentiation, and she transitions smoothly between religious, murderous, and ribald events in a natural and convincing manner. Although Royal comes close to overwhelming the story line with historical detail, she includes enough suspense and intrigue to keep things moving. While there are references to earlier characters and events in the series, this book can be enjoyed on its own.”