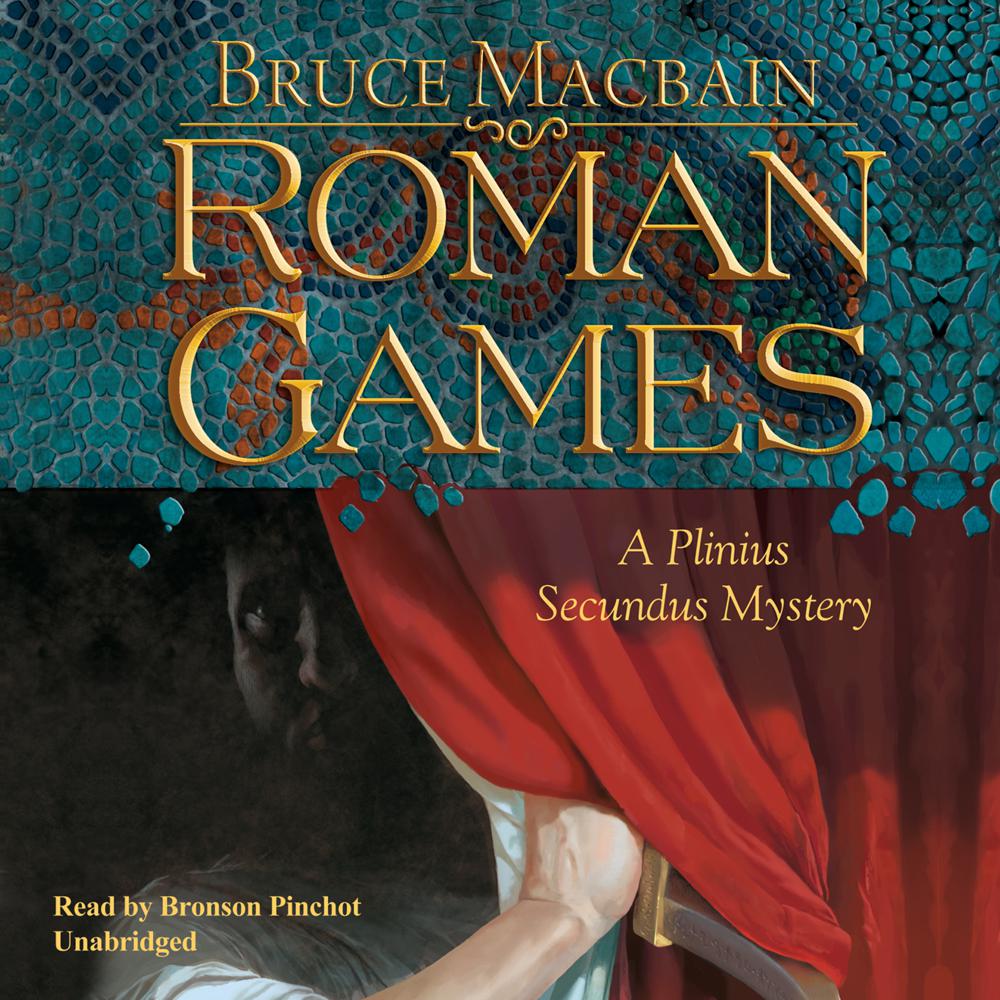 Rome, September AD 96. When the body of Sextus Verpa, a notorious senatorial informer and libertine, is found stabbed to death in his bedroom, his slaves are suspected. Pliny, a very respectable young senator and lawyer, is ordered by the emperor Domitian to investigate. However, the Ludi Romani, “the Roman Games,” have just begun, and for the next fifteen days the law courts are in recess. If Pliny can’t identify the murderer in that time, Verpa’s entire slave household will be burned alive in the arena.

Pliny teams up with Martial, a starving author of bawdy verses and denizen of the Roman demimonde. Pooling their respective talents, they unravel a plot that involves Jewish and Christian “atheists,” exotic Egyptian cultists, and a missing horoscope that forecasts the emperor’s death. Their investigation leads them into the heart of the palace, where no one is safe from the paranoid Domitian. As the deadline approaches, Pliny struggles with the painful dilemma of a good man who is forced to serve a brutal regime—a situation familiar in our own age as well.

The novel provides an intimate glimpse into the palaces and tenements, bedrooms and brothels of imperial Rome’s most opulent and decadent age.

“Roman Games is Bruce Mcbain’s first novel; he has a doctorate in ancient history and has taught Greek and Roman history at Vanderbilt University and Boston University. The novel is evidence of his erudition, as he exposes the decadence of the reign of Domitian, sprinkling the vivid mystery story with modern scatology. Bronson Alcott Pinchot, an Audie Award–winning narrator, brings the novel to life with a full-voiced reading.”

“Macbain, a professor of ancient history, vividly captures the violence and decadence of Roman life while enticing readers to turn the pages.”

''Macbain, a scholar of ancient Greek and Roman history, leads the reader down the mean and dirty streets of Rome to find a conspiracy of hatred and greed that ends in an entanglement of diverse religious groups united by a mutual hatred of the emperor...This debut is sure to appeal to fans of Steven Saylor and Lindsey Davis.''