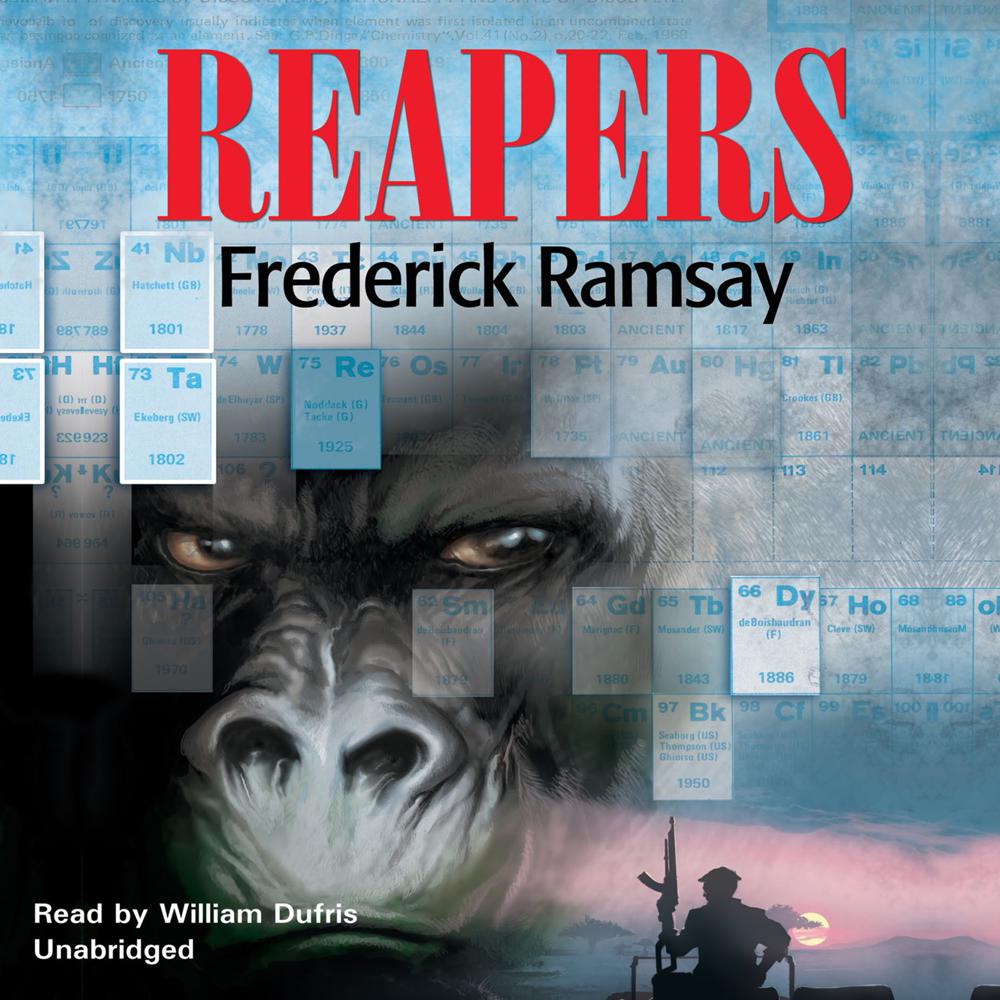 The World Cup, which arrives in June, has ripple effects on all of South Africa’s neighbors. The arrival of soccer fans, team owners, sponsors, and world dignitaries makes southern Africa, particularly Botswana, ripe for all sorts of intrigue and illicit activities. The American Secretary of State will visit the Chobe; the North Koreans, the Okavango; Arabs, French, Chinese, and Russians are scattered among the various lodges and hotels in the country before, during, and after the games—and all will be watching and waiting on the others.

Orgonise Africa, derived from Wilhelm Reich’s popularization of orgone energy and transmogrified by bad science and wishful thinking, is an effort by fanatics to push forward a plan to seed Africa with orgone, which they believe will purify the continent, rid it of drought, poverty, and HIV/AIDS.

To the north, Patriarche, a silverback mountain gorilla, is forced to share his habitat with coltan miners led by General Le Grande, one of the Congo’s many bloody warlords. The profits from the sale of coltan, so prized by electronics manufacturers, help fuel the seemingly endless civil wars that plague that poor country.

Sanderson, Game Ranger of Chobe National Park, finds a body. Tracking down the murderer opens doors that lead her and Inspector Kgabo Modise first to evidence of local bribery, then to smuggling, and finally to what could well provoke an international incident, if not for the shrewd action of Modise and Botswana’s intelligence community.

“Fans of Alexander McCall Smith’s No. 1 Ladies’ Detective series may be interested in a very different take on Botswana in Ramsay’s second mystery set in that country…His dark world view is a nice contrast to Smith’s.”

“Nonstop action, involving both humans and gorillas; touches of wry humor; and a vividly portrayed setting combine for an unusual but satisfying thriller.”

“A strong Botswana police procedural…Readers will relish this strong whodunit.”