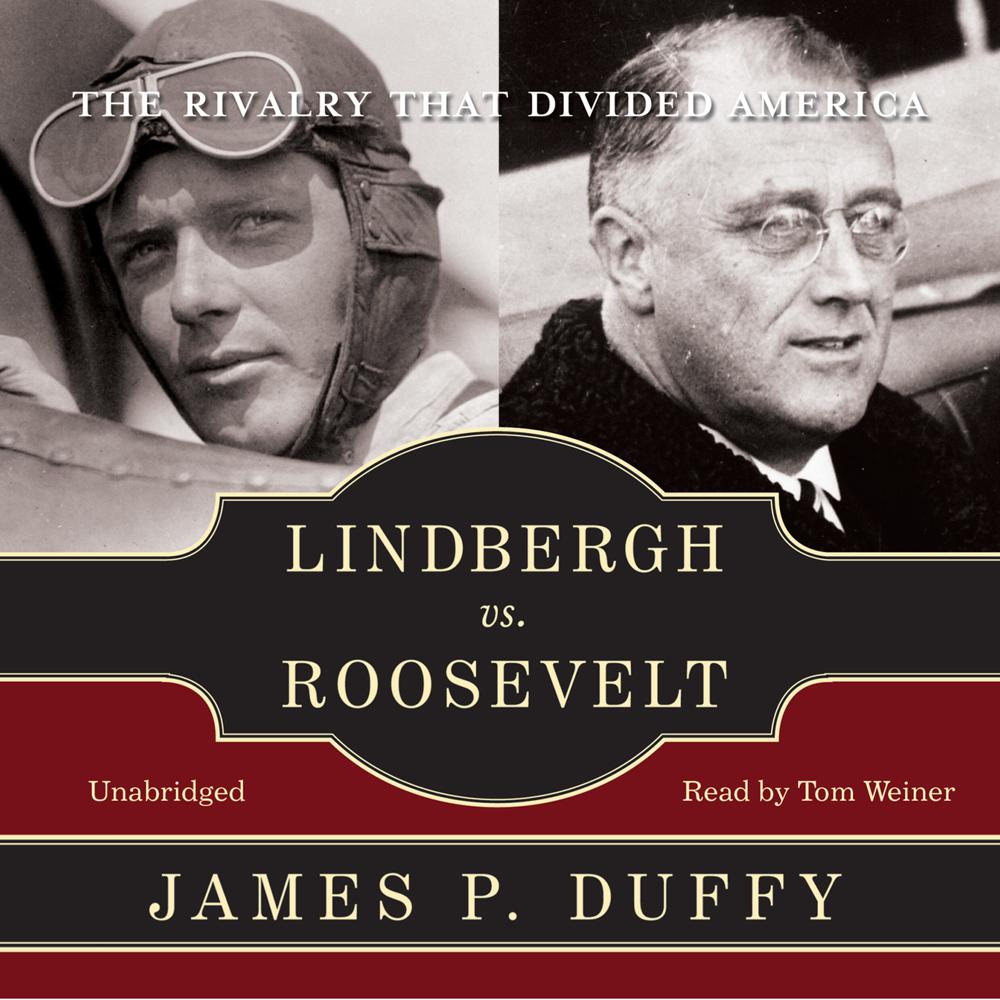 Was aviation pioneer and popular American hero Charles A. Lindbergh a Nazi sympathizer and anti-Semite, or was he the target of a vicious personal vendetta by President Roosevelt? In Lindbergh vs. Roosevelt, author James Duffy tackles these questions head-on by examining the conflicting personalities, aspirations, and actions of Franklin D. Roosevelt and Charles A. Lindbergh. Painting a politically incorrect portrait of both men, Duffy shows how the hostility between these two American giants divided the nation on both domestic and international affairs. From canceling US air-mail contracts to intervening in World War II, Lindbergh and Roosevelt's clash of ideas and opinions shaped the nation's policies here and abroad.

Insightful and engaging, Lindbergh vs. Roosevelt reveals the untold story about two of history's most controversial men and how the White House waged a smear campaign against Lindbergh that blighted his reputation forever.

“In the name-calling that passes for how American history is taught these days, an authentic American hero, Charles Lindbergh, is too often dismissed as a ‘Nazi sympathizer’ because of his opposition to President Roosevelt’s war policy. Lindbergh’s actual service as an anti-Nazi spy is overlooked, as are his many contributions to the war effort, including his volunteer combat service in the Pacific. But as historian James Duffy points out in Lindbergh vs. Roosevelt, there’s a lot more to the story than that; Lindbergh was the victim of a longstanding smear campaign by a president desperate to silence one of his most prominent critics. In this excellent book, Duffy successfully restores the honor that properly belongs to Lindbergh and draws a more skeptical, and accurate, portrayal of Roosevelt. If you love reading twentieth-century American history, you’ll love this book.”

“In Lindbergh vs. Roosevelt, James Duffy ably describes the contrasting worldviews of Charles Lindbergh and Franklin Roosevelt. Duffy carefully and persuasively shows how FDR pushed the US toward war and how Lindbergh warned against the entangling alliances that George Washington wanted Americans to avoid. Duffy shows how FDR prevailed in the war debate and how he smeared and undermined Lindbergh in the process. Duffy’s book is an excellent contribution to the research on the disappointing character of FDR as president.”

“Narrator Tom Weiner’s sonorous voice establishes a pace some might say goes too fast, but he can do it without dropping a word or losing the listener. Weiner adds spark to nonfiction by making it move along, maybe faster than many listeners would do with a printed page. Weiner’s narration adds greatly to our enjoyment of another New Deal war.”