For Us, the Living
Robert A. Heinlein 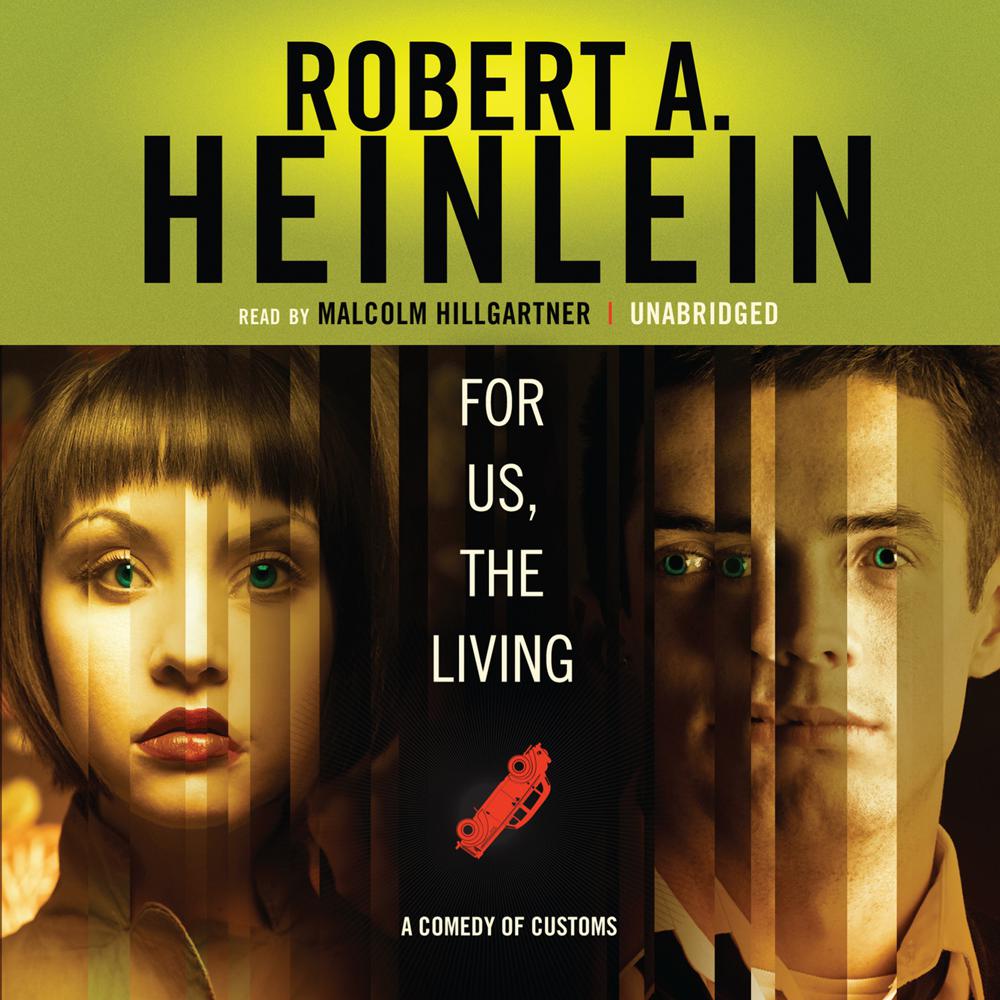 From Grand Master Robert A. Heinlein comes a long-lost first novel, written in 1939, introducing ideas and themes that would shape his career and define the genre that is synonymous with his name.

July 12, 1939: Perry Nelson is driving along the palisades when another vehicle swerves into his lane, a tire blows out, and his car careens off the road and over a bluff. The last thing he sees before his head connects with the boulders below is a girl in a green bathing suit, prancing along the shore.

When he wakes, the girl in green is a woman dressed in furs, and the sun-drenched shore has been replaced by snowcapped mountains. The woman, Diana, rescues Perry from the bitter cold and takes him to her home to rest and recuperate. Later they debate the cause of the accident, for Diana is unfamiliar with the concept of a tire blowout and Perry cannot comprehend snowfall in mid-July. Then Diana shares with him a vital piece of information: the date is now January 7, the year 2086.

When his shock subsides, Perry begins an exhaustive study of global evolution over the past 150 years. He learns, among other things, that a United Europe was formed; the military draft was completely reconceived; banks became publicly owned and operated; and in the year 2003, two helicopters destroyed Manhattan in a galvanizing act of war.

But education brings with it inescapable truths—the economic and legal systems, the government, and even the dynamic between men and women remain alien to Perry, the customs of the new day continually testing his mental and emotional resolve. Yet it is precisely his knowledge of a bygone era that will serve Perry best, as the man from 1939 seems destined to lead his newfound peers even further into the future than they could have imagined.

A classic example of the future history that Robert Heinlein popularized during his career, For Us, the Living marks both the beginning and the end of an extraordinary arc comprising the political, social, and literary crusading that is his legacy.

“A major contribution to the history of the genre.”

“A neat discovery for Heinlein and utopia fans.”

“Heinlein fans can rejoice—the SF master’s lost first novel, composed between 1938 and 1939, has been found!”

“The wonderful thing about For Us, the Living is that in it we can see the seeds of many of Robert Heinlein’s great later works, starting with the first notion for The Roads Must Roll and going on to cover much of his lifelong thinking on politics and society.”

“Narrator Malcolm Hillgartner keeps this slow-paced novel moving…Heinlein's first novel, which was unfinished, is high on concept and slack on plot. Hillgartner delivers dialogue well and carefully paces the exposition on the complex economic principles of the utopian society. At times weirdly prophetic and at other times quite dated, Heinlein’s story provides fans with ideas to chew on and demonstrates the origins of his later works.”