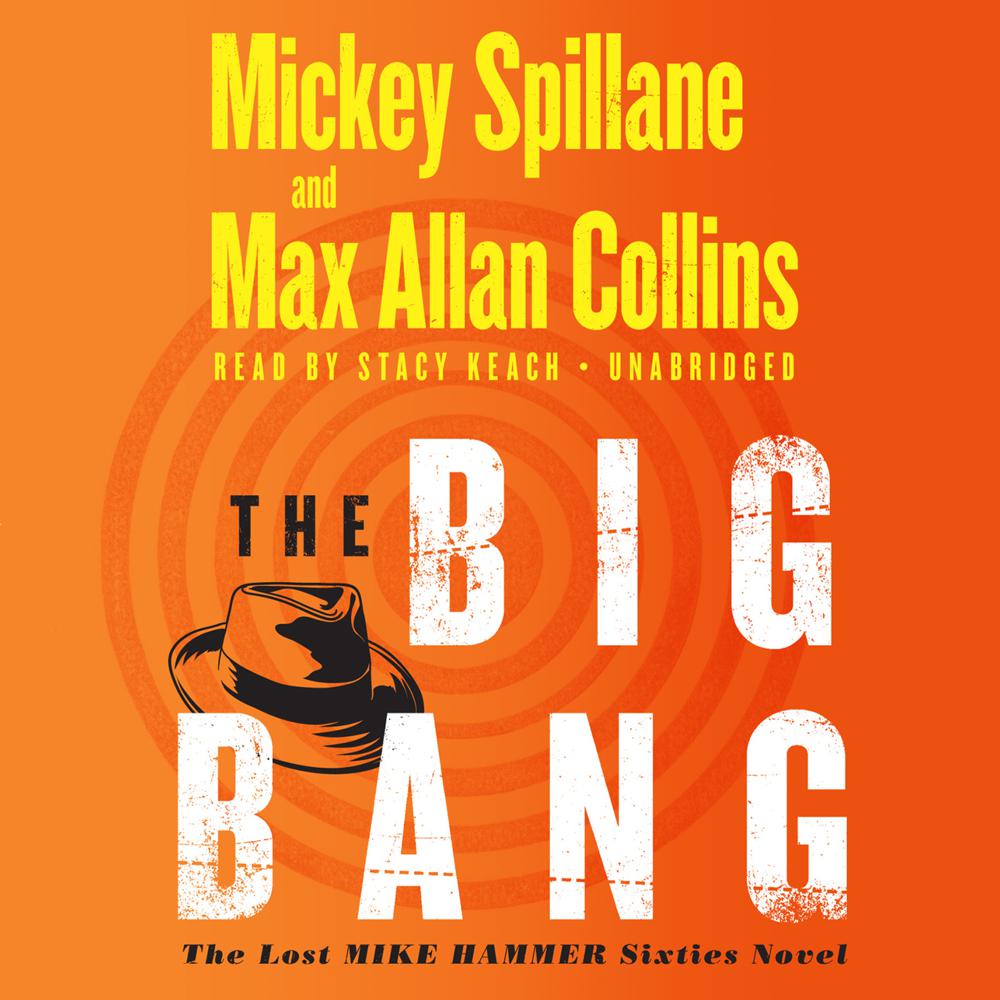 In midtown Manhattan, Mike Hammer, recovering from a near-fatal mix-up with the Mob, runs into drug dealers assaulting a young hospital messenger. He saves the kid, but the muggers are not so lucky. Hammer considers the rescue a one-off, but someone has different ideas, as indicated by a street-corner knife attack. With himself for a client, Hammer—and his beautiful, deadly partner Velda—take on the narcotics racket in New York just as the streets have dried up and rumors run rampant of a massive heroin shipment due any day. In a New York of flashy discotheques, swanky bachelor pads, and the occasional dark alley, Hammer deals with doctors and drug addicts, hippie chicks and hit men, meeting changing times with his timeless brand of violent vengeance.

Originally begun and outlined by Spillane in the mid-sixties, and expertly completed by his longtime collaborator Max Allan Collins, The Big Bang is vintage Mike Hammer on acid—literally.

“Mike Hammer is the original hard-boiled dick—shoot first, dodge questions later…Fun, if you don’t take it very seriously and think of it as a slightly skewed dream you once had.”

“Though it came from two authors, Bang has a clear, consistent narrative voice…The pace clips along, as conversation leads to assault leads to conversation…Bold enough to be memorable.”

“A great success…The Big Bang is filled with classic Spillane villains, vixens, and a healthy dose of Velda.”

“A triple combination of talent comes together to bring the iconic Mike Hammer back for a new adventure. Collins, working with Spillane’s incomplete manuscript and copious notes, has completed a sterling addition to the Hammer canon. The third creative element to this mix is the impeccable vocal artistry of Stacy Keach, an actor who for a generation is the embodiment of Mike Hammer…Keach’s smooth, confident reading perfectly captures Spillane’s most famous creation, whether he’s delivering a punch in the face, a slug from a .45, or a kiss to a dame. Pure unabashed, pleasurable pulp.”

“Resuming his role from the short-lived CBS television series, actor Stacy Keach slips effortlessly back into character and even offers up his musical expertise by providing original jazz compositions as accompaniment. The sound production is stellar as realistic sound effects are peppered throughout and help to amplify the reading. The big bang from Hammer’s Colt .45 will literally rattle the walls! Winner of AudioFile Earphones Award.”

“The image of a brooding figure contemplating the decline evident all around him, along with characters done in broad strokes, invite comparisons to Batman…an enormously entertaining confection with its politically incorrect views, giving fans of the Mad Men TV series as well as proponents of vigilante justice something to talk about over the watercooler.”

“Sentences are packed with gritty detail, action scenes have more kicks and slams than a championship karate playoff and the plot—Hammer takes on the narcotics mob on the eve of a big heroin shipment to Manhattan in the mid-’60s—is tight.”